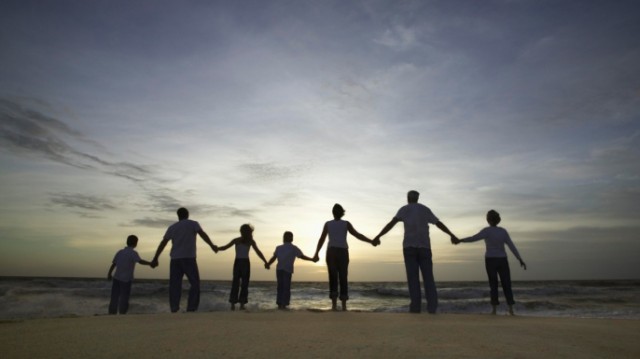 Juggling Work And Family: The Ins And Outs Of “Working Mothers”

I’ve never liked the term “working mother.” It says that I am some kind of subcategory; not a full member of the club. Maybe I’ll feel better about it the day I hear someone called a “working father.” The label combines a bit of praise for a superhuman effort with a whiff of disapproval for the fact that balancing work and family means someone is getting shortchanged.

I have been on the front lines of that conflict for many years. Then one day, I simply declared a truce. We’ve been at this whole women and work thing for several decades now. Here is my contribution to the body of anecdotal evidence.

Since my earliest days, I wanted success as a research psychologist. I wanted to be in all the best journals. I wanted to discover great things and write books about what I learned. I never even thought about being a mother. But then early in my 30s, it was all I thought about.This was not a conscious choice. It was an emotional even physical need.Every tick of my biological clock sounded like a rifle shot.

I had a son and later a daughter. And that whole world class research thing? It’s as insistent and time consuming as ever.

What made my emotional struggle especially difficult was that my life wasn’t. My husband did quite well quite early. Basically, I didn’t have to do much I didn’t want to. So stretching ligaments to embrace both work and domesticity, I know, must leave many without my options asking: “Woman are you nuts?”

Maybe. But I’m not alone. High achieving, goal-oriented women usually don’t look for husbands who can take care of them. They want husbands who can team up with them. Those kinds of men tend to have careers that afford choices.

Compared to the past, these are somewhat enlightened times for men and households. They know what a washing machine does, that clothes will never crawl to the hamper no matter how long you leave them on the floor, and that the bristly end of the broom is the one that pushes the dust around. Importantly, new studies show they are spending more time with their children than ever before.

But studies also show that homes still run on woman power. Like so many other women, I come home to a parallel universe, with a whole different set of deadlines, demands and responsibilities. I love this world. But I often ask my husband quite often, quite loudly, and occasionally profanely why does everything always fall to me?

In response, I hear (all together now) “I do more than any husband I know.” And I always wondered: Why are you measuring yourself against people who don’t live here? And how do you even know? Do you guys sit around and talk about these things? Does washing the most dishes that week earn the same alpha points as being the longest off the tee?”

I was an unwilling conscript in the mommy wars. But I found a way out. I accepted the fact that motherhood is not the choice. Work is. And if I wanted that choice, I would have to embrace the chaos I would have to be the chaos even if that meant occasionally showing up to lecture medical students wearing two different shoes.

My moment of enlightenment happened at the end of a very bad day. We were away from home, getting ready for visiting day at my daughter’s summer camp. There were athletic feats to applaud and crafts to compare to the great works of civilization. Suddenly, my husband doubled over in pain.

We decided to travel the hour back to San Francisco so he could see his own doctor. They said they would do some tests, and everything would be fine. I should be with my daughter.So, it was back to camp. I was almost there, when I got a call that my husband was not so fine after all. He had a very angry appendix, and was about to go to surgery. He wanted me there when he was wheeled in.

So virtually within site of the cabins, I headed back toward a comforted husband, and away from a very angry daughter. In a perfect juncture of teenage logic and virtuoso ability to play the harp strings of a mother’s emotions, she sobbed: “How can you go back to the hospital when you know how upset I am that Dad is in the hospital?”

My grown son piled on, angry that nobody (me) had called him earlier. And when I got home, our yellow lab, Stuart, had expressed his displeasure at being left alone so long with lethal efficiency.

By 1 a.m., my husband and his appendix had said their goodbyes to each other; my daughter’s tears had stopped; my son reassured; all evidence of Stuart’s anxieties had been scrubbed clean. As for me, I was making my way through the pile of paperwork I had intended to start early in the evening of the previous day.

I was frazzled. I was tired. I was irritated. I was relieved my family was okay. I was content in the way you are when your choices are your own, and they take you to a place you accept and understand.

No book, no research, no trend line was going to tell me anything I didn’t already know. I work. I’m a mother. And on this day from hell, I was exactly where I needed and wanted to be.

I’ve never liked the term “working mother.” It says that I am some kind of subcategory; not a full member of the club. Maybe I’ll feel better about it the day I hear someone called a ...

If you get an opportunity once you’re really lucky. And then you have to work to get another
one.