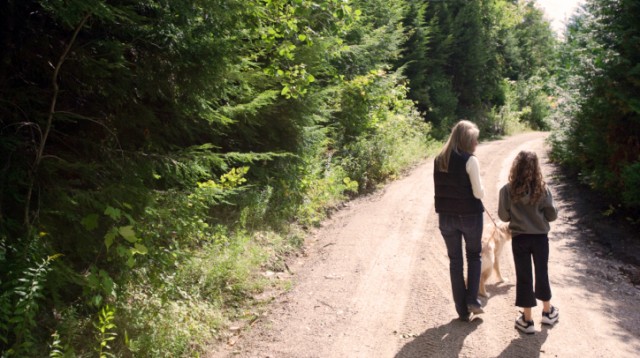 Love And the Unqualified Daughter

My daughter is adopted, 21 years old and a very beautiful and very tall young woman. A neighbor once noticed her statuesque frame, and I said “she takes after her mother.” It was a joking reference to my not-so-statuesque height of five feet four inches.

And my neighbor said: “Oh – is her mother tall?” It was an innocent slip. But I was stunned. If someone else is her mother, then who am I? Caretaker? Chaperone? Companion?

It is an experience shared by a lot of adoptive parents. Your child comes with the qualifier: “adopted” child – an indication that you are an anomaly in an otherwise orderly system; that motherhood is a club with full and associate members.

My husband and I were already the parents of a 14 year old son when we decided we wanted another child.

But we knew the biological route would mean extraordinary efforts and invasive procedures to try to outfox the natural consequences of aging. We researched all the medical contortions for people our age and my husband said: “if a baby makes it through all this, we should call him Houdini.”

So we decided to adopt.

The preparations were the same as for any child – rushing around to make sure all the equipment is in place and in good order – the crib, the bottles, the blankets, the rattles, the fluffy pink animals.
The anxieties, though, are different. Along with all the normal ones, you also wonder, are we good enough? Will they find something in our own upbringings – which were less than idyllic – that would cause them to stamp us: denied? We weren’t.

The moment I held our daughter in my arms, I signed my name on her soul. Indelibly and forever. I didn’t care where she came from. I didn’t care how she came to be ours. From that moment on she was my daughter, and I was her mother.

Just as I knew when I held my son 14 years earlier, I knew I would give my life for this child. It was a bond that would never be qualified – innocently or not – by the word adopted.

And there were times I was put to the test. When she was in the second grade, she brought home a note from the teacher suggesting that the students “temporarily” adopt a teddy bear for the class teddy bear project The word temporary making it clear that the relationship was, well, temporary.

We went to see the teacher together. We said that adoption is not temporary – it’s forever. Sincere apologies were offered and promises made to be more sensitive to such matters in the future.

We left – me satisfied that I had made my point; My daughter, perhaps a bit confused, but probably even more certain about the permanence of her status.

Along the way, there were the natural questions about how and why she came to be our daughter. I saw the embroidered pillows that promised adopted children they are specially loved, because they are chosen. I was never totally comfortable with that.

I chose the two Labrador retrievers that somewhere at this moment are up on the good furniture. I didn’t choose my daughter. We met through a force that is different from natural birth, but no less miraculous. It was the circumstance for a bond deepened and strengthened by loving without boundary and being loved in return.

It is shaped and colored in thousands of moments – the day the training wheels came off, a new work of art going up on the exhibition gallery of our refrigerator door, watching her chase blowing leaves in a circle and laughing so hard she could barely breathe.

Often, people will tell us how much we look alike. She always grins at me when they do. It’s partly because she thinks it’s funny. It’s mostly because she knows I love it.

There were other moments – like when my aspiring singer shared her fantasy that her birth mother was a famous pop singer and that one day they would meet, and she would help her become a star. When she told me I remember her sensing a slight shadow that must have passed across my face because she quickly added: “mom, you can help too.”

And there were those moments when it all comes together with a certainty that you were meant to find each other, and that someone very special is the result.

I will never forget when she was about 8 and as she was drifting off to sleep one night, she asked me if I thought her birth mother had any more children.

And she said “Because she makes really great kids.”

I still remember my internal smile as I thought: Yes she does. And you know what? So do I.