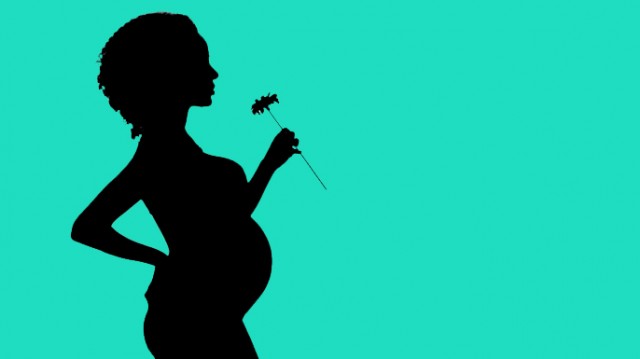 Baby Showers are seemingly essential these days. The phenomenon has spread from the US to the UK and all too often celebs are papped attending, and/or leaving with pink or blue balloons and voluminous goody bags. It seems to my momma-trained eye that baby showers are the new black, they are the place to be seen, they are to a child-bearing generation what Pacha is to Ibiza. Upon my recent pregnancy I toyed with the idea of a shower and even got as far as setting a date and venue. But the thing is, despite me being half American and having baby showers in my blood, I could not justify the fact that in having a shower I was essentially asking for presents. Being half British it seemed there was something a little vulgar about it. Indeed my spiritual and soulful inclinations were not content that the first event I would ever hold for my child was one so centered on rampant consumerism.

As a result I quit my baby shower plans and started to think of an alternative. This was when I discovered the slightly hippy event that has come to be known as a Blessingway Ceremony. A Blessingway is loosely based around ancient Navajo female tradition and ritual, though has been broadly interpreted by a generation of women who may wear moccasins, but, only as part of a fashion trend and who would prefer pink frosted cupcakes to signify closure of a ritual, to the latter day alternative of smoking a peace pipe.

A Blessingway Ceremony is not wholly different from a baby shower. It’s a ladies event only. We all gather together under one roof, food and drink are happily consumed and afterward much chitter chatter indulged. The main difference between a blessing way and a baby shower is that no gifts are exchanged. The intent is similar, we are all gathered to celebrate new life. Although a Blessingway, is to an extent more focused on the momma, on blessing her way into motherhood. Instead of gifts the only thing I requested my girls bring to me was a blessing for me and my unborn baby, a candle and a bead.

This may sound a little too hippy for some of you. Let me assure you, the women I invited to the Blessingway are not soulful lasses like me. They are normal, everyday gals whose idea of ritual most likely extends only to their daily bath and hot chocolate before bed. Yet despite this, they all turned up, they all came prepared to read their blessings aloud in front of a group, and they did it because, well because they are superstars. This willingness to go off the beaten track is just the first blessing I received that day.

Because not everyone is accustomed to such hippy formality I kept the ceremony as loose and flowy as I could. We gathered together in a circle, not in a garden, or a teepee, but in my living room. It was a little crowded, but this lent authenticity and togetherness. I read the first blessing, which I managed to do with only a few gulps for air, and a near avoidance of tears. Then we went round the group reading out blessings that were aimed at celebrating my leap into motherhood. Some of these were written personally for me, others were sourced from favorite poems or quotes. Either way each reading was hugely meaningful and heartfelt, far more than I think anyone expected. My mother sobbed her way through her reading and when I turned to view the room, there was not a dry eye or tissueless hand in the house. I haven’t seen my Mum cry since… well probably since the eighties. We got real emo, and it was good.

Alongside the blessings we all lit a candle. Each candle was taken home with the woman it came with. The idea is that when I went into labour my husband would text them all and ask them to light their candles. In reality this occurred several times, as we had a few false starts! I hope they had spare candles sitting around! This continues the Blessingway magic right up to when the power is needed and helped me to feel supported whilst undertaking the physical challenges of birth.

Before the socializing and cupcake consumption commenced there was only one last ‘ritual’ to perform. I had asked everyone to bring me a bead. Each bead represents the spirit, blessings and good wishes of the Woman who offered it. These beads were then strung together to wear as a necklace or bracelet during labour and birth. I have been able to request beads from family and friends far afield who were unable to attend. My birthing jewelry is adorned with beads from as far afield as the US, Tokyo and Australia. When I go into labour I will have the whole world at my back!

For me blessings and beads beat bunting and baby gifts any day! A Blessingway asks for a little love, and whilst I expected a little I actually got a whole lot. I feel honored to have beautiful friends and family who are willing to submit to a little ceremony to show they care. And instead of receiving a bunch of cute outfits, toys and diaper accoutrements, that inevitably will be lost, damaged or given away, I now have a folder full of blessings. These blessings will stay with my daughter all her life. She can take them out when she is feeling low, maybe when people who loved her are no longer with us, and she can read the words they captured to paper especially for her. She is always and forever connected to the wish for her to have a happy life, founded and birthed in a time before she was!

Instead of talking a lot I just absorb. I like to observe and watch everyone.