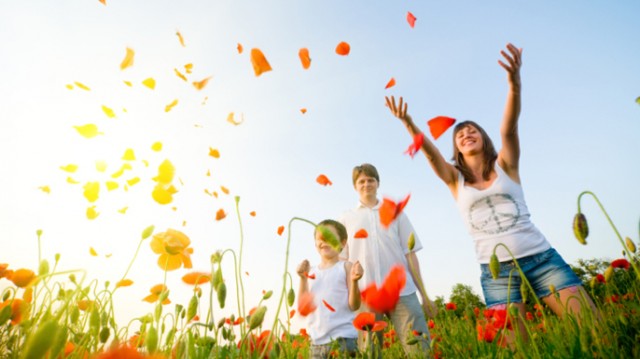 Putting an End to Mother Blaming

Having a boy compounded the sense of responsibility I felt as a new mother. The world seemed to expect more. Those raised expectations brought with them an even higher level of anxiety, due in part to work I’d been doing as a clinician in a well-known outpatient child and adolescent psychiatry department. In case conference after case conference, it was always the mother who was held at fault for her child’s problems. She was too close or too distant, too strict or too permissive, hadn’t set clear enough boundaries, or was found wanting in the empathy, love or affection departments. Whatever the issue, it always pointed back to the mother. And because a higher percentage of boys were seen in psychiatric treatment than girls at that point, the notion stuck that a boy and his mother were at risk.

Even then I knew they couldn’t all be to blame.

I remember sitting in my office in those days and listening to mothers talk about feeling tired, about how they hadn’t been as responsive as they felt they should have been, or about having their reactions to their child colored by having been up with him or her all night. Not until the birth of my son did I fully appreciate just how difficult the job of mothering is, what it calls on in oneself, and how it pulls on every single aspect of your emotional and physical life.

“I was such an exposed nerve for that whole first year,” said writer and moonlighting chef Fiona Dansinger, a thirty-eight-year-old mother of two boys. “I was convinced that I was a terrible mother because I kept reading about ‘better’ ways to mother.” By the time she had her second son, she had learned to trust herself a whole lot more, and not depend on the how-to books. “I think I had a happier baby because of it,” she said in hindsight.

Mothers are not immune to the criticism bug.

Darlene Michaels, a forty-two-year-old woman who chose a sperm donor with a fondness for Boston Cream Pie, often feels judged simply because she’s a single mom. When her brother comes to town, for example, he comments on the fact that her five-year-old doesn’t listen to her. “From my experience watching my son versus a playgroup, I [didn’t] feel his behavior was atypical,” she said. Further, she has no desire to discipline her son in her brother’s authoritarian style, which includes spanking. “I don’t want to have that kind of relationship with Isaac. I don’t want to be a dictator. I don’t want him to be scared of me.” Still, she feels that her mothering is being condemned in large measure because she’s alone.

Every mother I’ve ever talked with whether married or single by choice or circumstance harbors regrets and guilt.

When Melanie Addison’s thirty-five-year-old husband died without warning one day while running, she was suddenly left to raise three sons. “I was on my own for ten years with them — my oldest son was eight, my next son was three-and-a-half, and my youngest was ten months when their father died. I married again when my youngest was fifteen. So all those years I raised them on my own.”

She kept the family anchored through their daily meals and inexpensive family outings. Having been raised by a single mother in a studio apartment, Melanie knew not only how to survive, but how to give her kids what they really needed. Of course, it wasn’t easy. She recalled getting financial aid letters from her oldest son’s college and her middle son’s private high school on the same day. “One said, you don’t qualify because you’re worth too much and another one said you don’t qualify because you don’t earn enough,” she told me. “I thought to myself, ‘this is the great middle class, it’s just a terrible squeeze.’ And you know, we worked it out.”

Still, she blames herself for not pushing her kids in school as much as she thinks she should have. She also bemoans the fact that she didn’t read to her kids every night, even though she acknowledges “just getting everybody into bed was in itself quite an ordeal.” This woman raised three boys on her own for ten years after her husband died suddenly, and kept her family together through her sheer strength, determination, and willpower. Yet she still reproaches herself for her imagined misdeeds. When she talks about her grown sons, she can see how strong, caring, and mature they are. Even so she has trouble giving herself the credit.

Clearly, even mothers who have successfully mothered a child into adulthood aren’t spared from self-recrimination.

Divorced mother of two Holly Saxton and her twenty-four-year-old son Trevor passed a billboard advertising khakis. That’s when Trevor told his mom about desperately needing a new pair of pants as a teenager, but not feeling he could let her know because of how afraid she was about their finances following her split with his father. Life before the divorce had been “World War, seven days a week.” Life after was more peaceful in some ways, but more anxiety producing in others. “I was worried about money all the time. I didn’t know how this or what would work, [and was] trying to juggle everything I’m supposed to do and everybody’s needs and wants. So Trevor decided that he didn’t have needs, because if he needed something, it might push me over the edge,” Holly told me, pointing out that her husband’s leaving had changed nothing in terms of actual parenting, since she had always been very much on her own in that department. Hearing about the khakis, however, even years later, “was devastating … that touches on all my stuff about trying to be a perfect parent.”

For mother-blaming and self-blaming to ever stop, mothers are going to have to be seen- and see themselves- as individuals rather than symbols or caricatures. That’s not as easy as it sounds.

Having a boy compounded the sense of responsibility I felt as a new mother. The world seemed to expect more. Those raised expectations brought with them an even higher level of anxiety, due in part to work ...

Sometimes friends who are the best in crisis mode, the best shoulders to cry on, aren’t so excited about happy tears; which is unfortunate.