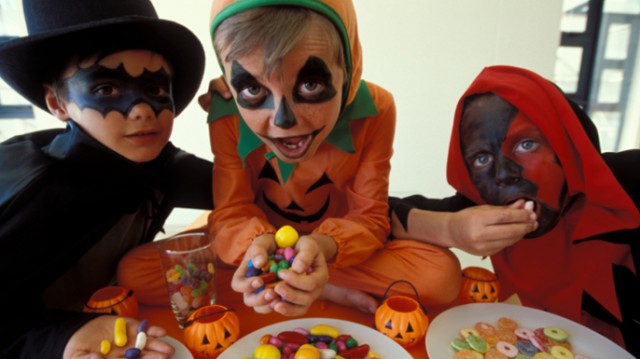 For kids, Halloween is all about spooky characters and buckets full of sugary candy. I can clearly remember the excitement I would get from a solid, post-trick-or-treating haul. That excitement was immediately followed by stomach ache, caused by my sugary binge. It was the best.

The only thing that could’ve made it better, is a visit from The Switch Witch. She’s a good witch that resides on the dark side of the moon and loves nothing more than candy. She runs on candy the same way Santa runs on cookies and milk. The Switch Witch trades that bucket full of candy for a super cool toy. She will usually leave a tiny bit of candy, because everything is fine in moderation, but will solve the issue of your children’s annual candy binge. And, the more candy The Switch Witch gets, the better the toy will be.

If you think your kids will find the idea of The Switch Witch too spooky to embrace, feel free to give her a different name. You could call her “The Candy Fairy” or “The Great Pumpkin” or anything else you think your kids would feel comfortable with. To make it even easier, she could be a close pal of a certain sleigh-riding, chimney-scaling fellow that comes to visit in late December. That would surely work, right?

However you introduce the idea of The Switch Witch to your kids, the result will be the same. Your kids will harbor the same adorable excitement that always comes with Halloween. Your kids will get to enjoy the holiday without the stomach ache. And, you’ll have a fun new tradition to share each year with the people you love the most.