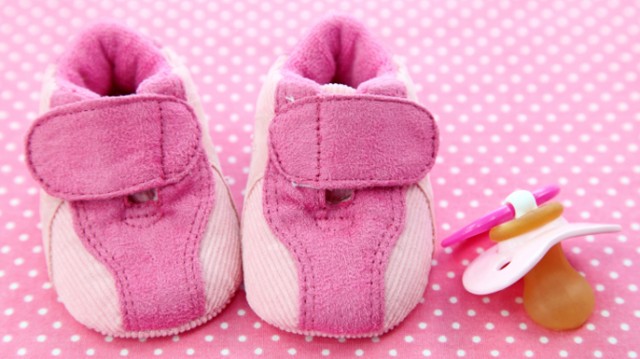 Why I’ll Dress My Son In His Sister’s Clothes, And Why It Doesn’t Matter

My husband and I are expecting a baby boy in about ten weeks. We already have a two year old daughter, so since this baby is the second child we already have the vast majority of baby gear – strollers, car seats, play pen, burp cloths, sheets, etc. Luckily, we registered for gender neutral colored gear the first time around.

However, one thing we are missing this time is baby boy clothes. Blame it on sleep deprivation, but I was under the impression that our daughter wore way more yellow and green clothes than she actually did. When I physically went through her old clothes, 98% of them screamed I’m a lovely, dainty female in pink polka dots. I think she had maybe one shirt with a duck on it, and a couple of green sleepers.

I’m the type of person that hates waste, and thinks it’s our responsibility to recycle whether it’s water bottles or onesies. Bearing that in mind, I have to ask myself, “How much pink is too much pink? That is, for a boy to wear…that lives in a rural area of Texas…who has a very masculine father and grandfathers- before it makes an impact?”

I don’t intend to dress him in his sister’s old skirts in public, but if he runs around the house in some pastel numbers it’s not going to affect his psyche, right? Will he really know if his pajamas say “Night Night Princess”? Will he care if he dangles from the doorway in a Jenny Jump Up versus a Johnny Jump Up? Won’t his pink pacifier do the same job as a blue one? Truly, I think this all matters not. Want to know why?

Go back a century and children of both sexes wore white dresses and tunics until they entered school. Smart people, those Victorians were. Only ONE piece of clothing to wash after a day of play, AND you can bleach the hell out of it to make it look new again. Furthermore, children didn’t receive their first haircuts until roughly the same age – six or seven – rendering all small children looking alike. I don’t know about you, but when I think of Victorian women, they are always depicted as being incredibly feminine. Conversely, men of that age were dripping in testosterone, yet Wyatt Earp and Sarah Bernhardt could have shared a wardrobe as kids.

Fast forward to today and our favorite gossip rags feature celebrity children in gender-bending outfits and androgynous hair styles. Shiloh Jolie-Pitt is a beautiful child whether outfitted in her older brother’s fatigues or her big sisters’ princess dress. Increasingly, one can’t tell the sex of a child just by their name. We know little girls called Kyle, Elliot, and Michael, and little boys named Tristan, Alex, and Blakely. While some would bemoan the lack of gender specific names like Chuck and Betty, I’m loving the creativity of parents today.

Additionally, I have a real life example from my very own family that this situation will work out fine: my younger brother. I am two and a half years older than he is, which is the same age difference my children will have. There was a period in his life when his favorite color was pink and he wanted to be a Solid Gold dancer when he grew up, all because those were my preferences at the time. He was subjected to 2,765 dress up sessions, make up applications, pretend mommy/baby play times and sometimes called his underwear “panties.”

Today he is one of the most well-adjusted and compassionate men I’ve ever met. He once told me that he would make a good husband because “knew about periods and stuff.” I’m not sure if his wife would totally agree, but from the outside looking in, this has proven to be true. I think that he benefitted from being raised with a big sister, and maybe, just maybe, from literally walking in her shoes a time or two.

So let’s be honest here. The notion that dressing your child in a certain color when they are babies has any impact on their future whatsoever is pretty absurd. Clothing styles are cyclical. Fashion is fickle. Girls will be girls, and boys will be boys no matter what their pink polka dot pajamas say.

Lauren Ford McMurrey is a stay-at-home mother whose energy is focused on a family of almost two children (one still in the oven) and her loving husband. She’s an ardent dog lover, college football fanatic, and someone you might call for sound advice. Delight in her observations as this young mother sheds light on the joys and woes of parenting. You can follow her family adventures on her blog, McMurrey with an E-Y.

My husband and I are expecting a baby boy in about ten weeks. We already have a two year old daughter, so since this baby is the second child we already have the vast majority of baby gear – strollers, car ...

We don’t forgive ourselves enough. We are so self-critical and judgmental and have to work so
hard. Just forgive yourself every now and then.