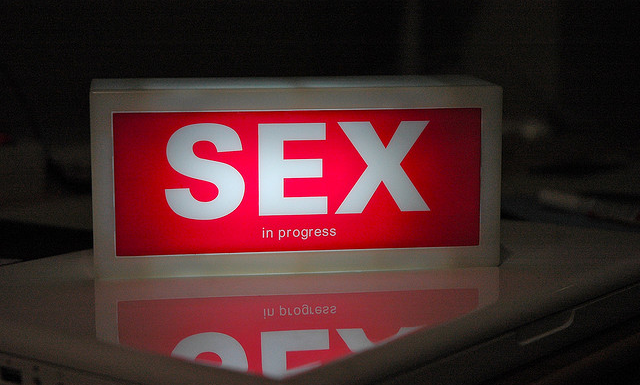 5 Tips for Your First One-Night-Stand

So, you’ve never had a one night stand before? Don’t worry, you have to start somewhere. Well, you don’t HAVE to, but if you feel like you’re comfortable enough with your sexuality to start having sex with strangers then by all means, read on. That’s important, by the way – being comfortable in your skin and confident in yourself. The world of strange men can be a harsh place and the last thing we want are more damaged goods hanging out in the bar. So, if you’re sure you wanna do this, then here we go…

1. Be prepared – Before you even put on that sexy underwear for the night, know what you want and what your terms are. If he’s too freaky and you’re not comfortable, make it known. Don’t ever do anything you are not comfortable with – you don’t “owe” him just because he bought you drinks and said you were pretty. Carry condoms with you or make sure you have some at your place if that’s where the deed will be done. Have cash for a cab if you need to bail. Let your girls know where you’re going, who you’re going with and make sure they see his face. A little promiscuity is awesome but it must always be done intelligently.

2. Be picky – You’re a friggin’ gold medal and these dudes gotta win you in order to take you home. Do not settle for the first drunk guy who is maybe kind of cute. This dude needs to buy you a drink and chat you up at least enough to make you laugh. Why buy you a drink? Because it means he wants to impress you and he’s not a scrub. Why make you laugh? Because a guy with a sense of humor is a good time and they’re usually smarter than one without. If you’re not having fun, move on to the next dude. There are plenty of them.

3. Be honest – This isn’t a date. I repeat: This is not a date. There’s a little agreement guys and girls have with each other when they deliver the “Wanna get outta here?” line at a bar or club and the agreement is that this isn’t a date. You two might like each other after all the good clean debauchery is over, but this is not the night to make promises or get breakfast. If you want to kick him out, do so. If you want to leave, then leave. The main course of the night is sex. Everything after that is up to you and him independently. That being said, don’t bring a dude home unless you’re going to “do it”. Teases aren’t any fun, and did I mention this isn’t a date? This is not a date.

4. Be a guy – “But I’m a girl!” you shout in protest. That’s right, but tonight, you think like a man. You’re not looking for a future mate, you’re looking for a good time! And so are they. When you get them home, they’re not going to be thinking about what you two will be doing any further from your bedroom. Keep that in mind. Some guys like to cuddle. Not many do. Keep that in mind. He might ask for your number as a formality but that’s because you might have just shared a bed, not because he wants to call you. Keep that in mind. Don’t take any of this personally. This is only sex, after all.

5. Be Sexy – This guy doesn’t know who you are at all! How cool and fun is that? And guess what? Even if you’re a nerdy girl who likes to stay in and watch movies usually, tonight you put on your hot girl disguise and you’re a sexy bombshell whose milkshake brings all the boys to the yard. Yeah, get used to it because you’re sexy. Say it. I’m sexy. That’s right you are. Say it in the mirror, say it in your head, tell your girls they’re sexy too, because guess what? Sexy people get laid. And YOU are sexy.

Carly Heiser is a comedian, performer, and writer as well as a recent graduate of Illinois State University with a Bachelors degree in Theatre Studies. She writes a lot of things and you can read some of them on her Tumblr at hippoboat.tumblr.com and Twitter @carlyheiser. She currently resides in Chicago.
comments (12)

I hope to be able to engage my daughter, and ultimately my children in my business; not to
compartmentalize my life but really bring them into it.