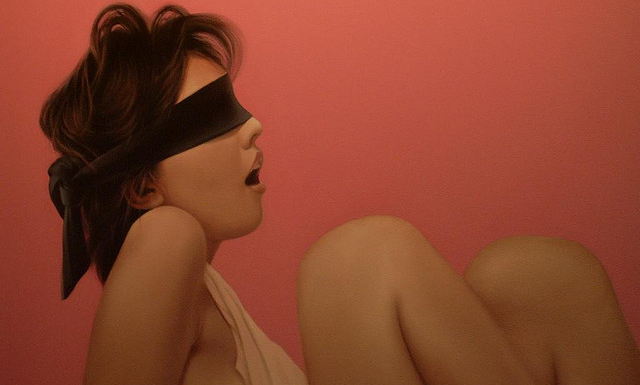 I like to think I’m an ordinary woman. I’m 35, I’ve got a good job, enough friends and I know how to enjoy myself. I’m currently single but I’ve had a few nice boyfriends and a few not so nice boyfriends…see? Ordinary. But I harbour a dark secret – I have never had an orgasm. That’s the hardest thing I’ve ever written so I am going to write it again. I have never had an orgasm. I’m defective, I’m abnormal, I’m a freak.

With so much open sexuality around these days, the pressure to divulge every aspect of your sex life has never been greater. Sex And The City paved the way for women of my generation to be open, even positively vocal about their sexuality and not be afraid of it, but I don’t remember Carrie and co. ever talking about the possibility of being Anorgasmic (what a charming word). In fact, the one time Samantha ‘lost’ her orgasm she cried for a week!

The most annoying thing is, I enjoy sex. A lot. I enjoy the intimacy and I do experience intense pleasure – I just can’t close the deal. Has this Anorgasmia affected my sex life? No, not really. I sometimes feel frustrated after sex but how can you miss something that you’ve never had? Has it affected my love life? Definitely yes. You see, my exes fall into two camps – the ones I told about my little problem and the ones I didn’t. The ones I told were sympathetic but immediately saw it as a challenge, declaring “I’m going to be the one to make you come!” Inevitably I didn’t come and we would both feel like failures. The ones I didn’t tell, I faked it with as best I could. However, if the relationship became serious I felt as though I’d been lying to them, but by then it was too late to admit it and so the relationship would break down. I have therefore found it easier to hover in a holding pattern of NSA relationships – booty calls by a musician who spent a lot of time on the road, a bartender who would come over after work, I once, maybe twice, met a stranger on a train (Erica Jong has a lot to answer for) and even got lucky at five out of five weddings one year – a lot of fun, but I’d quite like to get serious now.

I wrote a screenplay last year and in it I invented a character, an old hippy dude who knew the art of orgasmic meditation – it was a sub-plot really but I liked the idea. A few months later the only friend who knows about this (until now!) handed me a newspaper cutting about a guru who had helped hundreds of Anorgasmic women using his yogic massage technique. I went to see him. He was the embodiment of my character so I simply couldn’t take him seriously and frankly, my prudish English sensibilities just couldn’t handle it.

It did make me determined to finally get to the bottom of my inability to orgasm though so I went to see my Doctor. She didn’t really know what to say – it’s hardly a life-threatening problem, but she performed a physical examination, and thankfully told me my vagina was 100% normal – and that I have a clitoris, hooray! She referred me to a psychotherapist (I love the NHS but I did have to wait 12 long weeks) who said she couldn’t help me because my Anorgasmia clearly wasn’t caused by any trauma – I was never abused and haven’t had any terrible sexual experiences so there was nothing she could do. Back to square one.

I always just assumed it would happen one day, but the older I get the less likely that seems. The funny thing is it used to bother me a lot. I used to genuinely believe I was defective, abnormal, a freak and – much worse – not a real woman, but I now know these feelings were just projections of what the men I was with expected from me and what society’s expectations exacerbated. Recently I have started to accept that it is simply part of me, and not a massive part either, just a small part of what makes me, me. I don’t need to be ‘fixed’.

I’ve decided to share my story because I’m not ashamed of it anymore, and I’m not going to spend my life pursuing something which might never happen. According to statistics, an estimated 10-15% of women are Anorgasmic. That’s a shocking amount of women potentially feeling like failures, as I often have, and there is no reason why they should. Sex And The City may have kick-started the debate, but there’s a lot more to say and I just hope women continue to speak up and talk about sex in real terms, not just the pornographic, fantastical terms we are constantly bombarded with by the media.

Of course sex is a big part of a relationship, but it’s definitely not the biggest part and we should not feel ashamed that our experiences are different, that is what makes every woman both ordinary and extraordinary. I have decided that with my next partner I am going to be honest and if he’s a keeper he’s just gonna have to deal with it. At least he’ll know I’ll be happy with a quickie and I’ll never have to pant and scream like Sally Albright again.