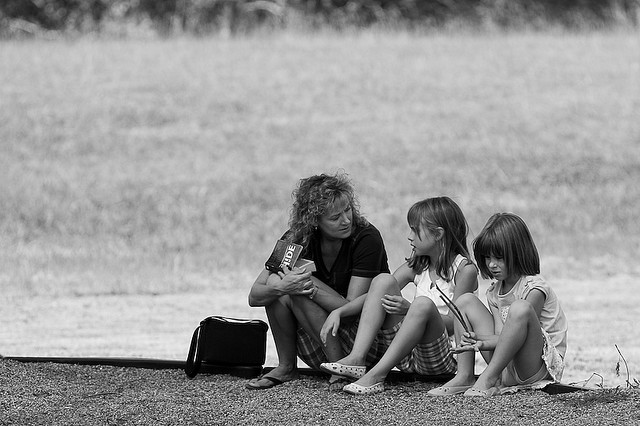 Sexuality: How Do We Influence the Women Our Daughters Become?

As mothers, we want to do everything humanly possible to make sure our daughters live happy, healthy lives. But according to my study of 450 women, they report there’s one area in which we consistently fail to support their confidence and self worth, as well as their connection to us. When it comes to talking to our daughters about sexuality, we leave them out in the cold. This is true of young daughters, and it’s also true of the adults they go on to become.

We’re so freaked out over talking about sexuality that we haven’t considered the damage that can occur when we leave it out of our lifelong dialogue with them. Daughters confess that the absence of a loving, emotional connection with their mothers around sexuality has three harmful consequences. It impairs their self worth in realms far beyond just sexuality; it creates lifelong distance in the mother-daughter bond and it makes it hard for them to look up to us as role models — as whole women who respect the complex and interwoven workings of their hearts, their minds and their bodies.

Of course, it isn’t our intention to impede our daughters’ development, undermine their sex lives or to alienate them from us. But as women describe, that’s in effect what ends up happening. If we don’t teach them about sexuality from the time they’re little, or if we only give them a crumb of information here and there, we inadvertently communicate that female sexuality is too shameful to discuss in polite company. We unintentionally teach them that their sexuality – and ours – is bad. Our girls then absorb this shame and badness and take it into their general sense of themselves – into how they see who they are.

This dynamic of difficulty discussing sexuality is no surprise. We mothers come by it honestly. We don’t talk about it with our daughters because our mothers didn’t talk about it with us. And although we live in a hyper-sexualized society, allowing women to talk about female sexuality the way we truly experience it and live with it is still considered taboo. Pseudo sexual things, like magazine ads in which women wear stilettos with their bikinis, are out there for everyone to consume, while real sexual things, like teaching girls the accurate names for their body parts, remain hush hush. Case in point: On the one hand, women are flocking to plastic surgeons to have labiaplasty so their genetalia mimics that of airbrushed porn stars. While on the other hand, just this week a friend who’s a public health advocate on the faculty at Johns Hopkins wrote me to commiserate over one of her clients, an endocrinologist specializing in menopause, not being allowed to say “vaginal dryness” in her TV interviews.

So it’s no wonder mothers fear treading this ground. But we can be motivated to change and be more present for our girls if we realize we’re doing it on behalf of building their self knowledge and understanding of how sexuality fits into how we feel alive, and how we love throughout the life cycle.

If our little girls are raised to believe that boys have a penis, but girls have a “down there”, we need to understand these girls will likely grow into women who, even in the new millennium, confuse their vulvas with their vaginas. Along the way, they’ll be at risk of seeing their bodies as the property of boys because they haven’t been supported in developing a sense of ownership over their own bodies, and this will put them at risk of unintended pregnancy, as well as make them more susceptible to not knowing how to advocate for their safety in potentially dangerous situations. And ultimately, they’re more likely to end up in long-term relationships or marriages in which they’re sexually unhappy. Lastly, because we haven’t opened the door to a more modern way of sharing with them what they have a human right to know, they’ll probably continue the cycle of ignorance and pass their shame down to yet another generation.

When our girls are toddlers they come to us with their questions, excited to learn about human bodies and how they work. But, as is often the case, we side step the issue or shut them down, and gradually they learn to stop coming to us for information because we’ve taught them we don’t want them to have it. They also sense our fear of sexuality and our inability to move past it to give them the emotional connection to us they crave. Even though it’s certainly not what we mean to do, this can make them feel pushed away, and like they’re not worth the effort. These disappointments take a toll on our relationships with our daughters in ways no one is talking about. For example, I was disheartened to learn that 50 percent of the women in their twenties who completed my Women’s Realities Study menstruation questionnaire weren’t even taught about their periods by their mothers.

To highlight our daughters’ longing to not only learn from us, but to see our sexual education of them as an act of maternal love, here are some of their poignant quotes from the menstruation chapter of my book:

“I think of it as yet another experience that perhaps my mother could have used to bond with me that she did not.”

“I wish my mom had been more comfortable in her body and been able to instill that in me.”

“I wish my mom had had the courage to tell me about my steps toward womanhood.”

“I wish my mom had been stronger and more communicative.”

“I wish it had been taught to me in a way that made me excited and proud rather than anxious.”

“I do wish my mom had spoken to me about it. Not because I needed the information but because I craved to bond with her as a woman and as her daughter.”

As for adult women, many said that because their mothers hadn’t set the stage to feel comfortable discussing sexual matters when they were growing up, they didn’t turn to their mothers for support when they had struggles in their own relationships. They didn’t trust their mothers would be there for them if they did. I always feel sad when my clients tell me they won’t confide in their mothers whenever there are sexual issues in their adult lives, such as troubles in their own marriages, because both mother and daughter are losing out on a closeness they could each benefit from.

It’s understandable that it’s hard for us to confront social sexual taboos to raise our daughters with more honesty. But we would be far less afraid if we reframed the issue as one of daughters wanting to understand, in concert with the mothers who love them, how their bodies work, how love works, and how women young and old can navigate the world together.