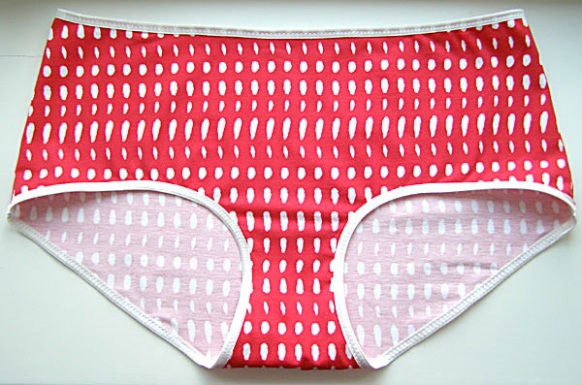 The Quest For a Vogue Vagina

Up until ten years ago, the biggest debate regarding the female genitalia was whether you went all natural or waxed. Fast-forward to 2012 and welcome to the realm of tightening, bleaching and trimming vaginas in the name of beauty.

The motto of ‘bigger is better’ has always been a point of insecurity for men and we all know the late night commercials or spam emails offering ‘enlargements’ to allegedly love- lorn men. Well, women aren’t spared from the pressure to have flawless genitals. Labiaplasty is the latest cosmetic surgery fad, offering women the opportunity to surgically trim the size of the labia minora surrounding their genitals. Vaginoplasty is another new procedure, offering vaginal tightening and a G-spot injection of collagen, to increase the sensation of an orgasm.

Labiaplasty has helped women reclaim their bodies and sexuality post-childbirth, as well as helping women who suffer from discomfort during sex. However the procedure is risky and carries the possibility of permanent scarring, infections and irritation. Nonetheless, a large number of women are having this procedure for solely aesthetic purposes, claiming their labia is ‘exposed’ or ‘droopy’.

The cosmetic procedures are even conducted on reality TV with Jessica Canceso, star of VH1’s Hollywood Exes, having a rejuvenation procedure on the show, stating, “Well, you can’t hide your age with your vagina.” If the labiaplasty’s cost (between $3500- $4500) is out of reach financially, there are countless of other ways to ‘rejuvenate’ the vagina. Bleaching creams promise ‘lighter and whiter’ vaginas or there’s vajazzling – decoration of the vagina with adhesive glitter and jewels – a la Jennifer Love Hewitt.

While everyone should have freedom over their bodies, comparisons are being made between the cosmetic procedures and genital modification. As Westerners, we are quick to judge and criticise cultures that practice the barbaric custom of female genital mutilation, but are we being hypocrites? Are we just as powerless victims of genital mutilation by following what is dubbed as ‘beauty’ or the ‘norm’?

According to research by anthropologist Sarah Johns from the University of Kent, the shade of a vagina also determines its attractiveness. Men were asked to rank 16 images of female genitals and rank them according to attractiveness. The research concluded that men prefer vaginas of a pinker hue. “It basically showed that there was no difference between the three pinkish shades, but the reddish shade was ranked significantly less attractive,” Sarah Johns has explained.

This is when the whitening bleach comes in. In an Indian commercial for Clean & Dry Intimate Wash, the man in the commercial was portrayed as uninterested and aloof towards his wife until she tries the product in question. The bleach appears to revolutionise their sex life, by providing her with a wonderful and ‘whiter’ vagina. The commercial sparks even more questions in a country like India, in which caste-discrimination against dark skin tones prevails. And just in case your nipples are not the correct shade as dictated by society, there is always Pink Nipples, a cream to make your nipples pinker.

Would a labiaplasty or vajazzling give women with perfectly functional vaginas the same confident feeling they experience after a session at the hair salon? Perhaps, for a short while, until they start thinking their nose is too large or butt is too saggy.

“A lot who come to me for labiaplasty are depressed and some are on medication… you shouldn’t have cosmetic surgery when you are like that,” stated UK cosmetic surgeon Angelica Kavouni. In such cases, the need for a ‘designer vagina’ might sadly mask deeper insecurities which need addressing. In addition questions are raised about the code of ethics of cosmetic surgeons.

We are fortunate to have a choice, not matter how maddened we may be by our abundance of them. Beauty will always be in the eye of the beholder and confidence always comes from a positive relationship with ourselves and our bodies.

To thine own self be true. I’m definitely my own self!