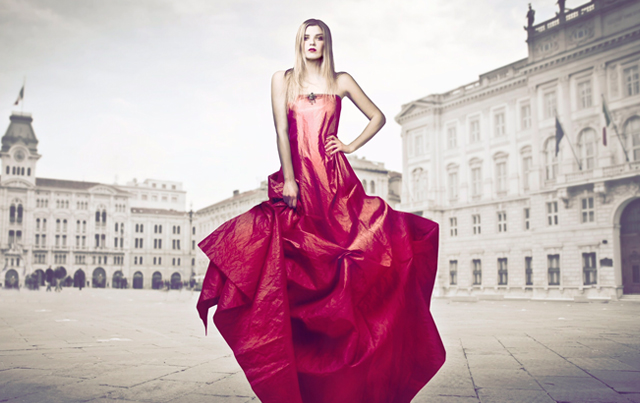 The Freedom of Expressing Yourself Through Your Wardrobe

I was recently walking down 6th Avenue in New York on a sunny spring day, when a lady walking in front of me caught my attention. She was ensconced head to toe in flowing black cloth, a full burqa. However, it wasn’t the burqa that caught my attention, living in a big city it’s not uncommon to see a plethora of religious dress on the streets every day. Rather, my eye was drawn to what was peeking out of the bottom of the burqa, a sassy pair of black patent leather high heels that can only be described as “sexy.” This particular lady, whilst respecting her religion and its customs, chose to pair her LBB (Large Black Burqa) with a pair of fabulous shoes. Even within the conservative restraints of her faith it just goes to show that there ain’t nothing that comes between a woman and her shoes.

In a society increasingly focused upon image, where the single greatest influence on a first impression is someone’s physical appearance, does what you choose to wear define who you are? It’s most certainly true that people make assumptions about you based on what they see. From what you look like, what you choose to wear, to the sum of the little details like hair, nails, makeup and jewellery, it all contributes to how you are seen and perceived by others. The gaggle of girls at the airport heading off on spring break wearing matching cut offs and midriff-baring t-shirts (Single! Ready to mingle!) tell a different tale than the middle aged man favoring a Chris Christie fleece and high-waisted chinos (Comfort before style!). Impressions, evaluations and decisions are made within seconds- even before you have even opened your mouth to speak.

Whilst the medium of how fashion is seen and displayed has changed over the years, fashion has always been used as a tool to dazzle, impress, shock and even awe. This has been documented in history books spanning hundreds of years, but nowhere is it more evident than over the last century through a swift succession of wildly different decades. The miniskirt-centric era of the swinging ’60s made famous by Mary Quant were swiftly replaced by the flower power dresses and bellbottoms that formed such an integral part of the peace movement in the ’70s. Fashion took an abrupt u-turn into the ’80s where clothes took on structure. Flower power morphed into corporate power, capped off by a mean pair of shoulder pads and a poodle-icious perm.

Thankfully this era dissolved into the ’90s where grunge ruled and your level of hipness was in direct proportion to just how dirty and dishevelled you appeared. Rip those jeans, wear your dad’s plaid shirt and throw away your shampoo. Looking back, the fashion trends of those times reflected not only a social movement but the ever-changing fashion scene served as a mirror image of the mood and political pulse of that era. Whether it be hippies, punks or goths, they have always existed on the fringes of society, bordering on extremism and straddling the divide between personal expression and a political viewpoint. Love it or loathe it, their importance in each respective era should not be underestimated.

Fashion has always existed as a medium to express a personal standpoint whether it be politically motivated, a religious stance or just a big screw you to your conservative parents. History has shown us that fashion continues to act as a social thermometer of our times, marking the sentiment and taking the temperature of a country or society as a whole. However, fashion has never before been documented quite so thoroughly than by one of the fastest-growing media influences of the last few years, the fashion bloggers. Long before the Sartorialist and the multitude of fashion blogs documenting street style started to appear on our computer screens, people chose to dress for themselves and utilize their fashion choices as an opportunity to wear their emotions.

Wake up in a sunny mood? Accessorize that smile with a neon coral tote. Feeling unfabulous? Black head to toe darling! The advent of the street style era hasn’t changed that desire for people to express themselves through their closet, people have always dressed to be seen, it’s just that nowadays they are seen on a wider, global scale.

There is nowhere that this is demonstrated any better than Fashion Week. The street scene outside Fashion Week these days can oftentimes be more exciting than the runway shows themselves. There is a constant parade of fashionistas all vying to be seen and even better, photographed and featured in a magazine or blog. Unlike the parade of models marching down the runway dressed head to toe in a certain designer, the street stylers mix and match. High end vs. low end. Splash out on a pair of Pierre Hardy’s and pair them with a $15 vintage jumpsuit. This is really fashion at its finest; instead of being told what to wear, we wear what we love, which ironically has now started to influence how fashion is seen in magazines and even to some extent what is being designed at some of the larger fashion houses.

This explosion of street styling and the bloggers who document it demonstrates just what an important vessel fashion has become for us to express ourselves. Our desire for self expression through fashion can and does surpass cultural, ethnic and even religious boundaries. No matter what our personal circumstances or status in society, we all want to be noticed and to have the freedom to express how we feel on the inside through what we wear on the outside. And then there are some of us that just love to rock a super-sexy heel.

Victoria Cox is a British girl who now resides in the US. She initially lived in LA for a few years before making the move to NYC in search of seasonal weather and a good pub. Her sensible day job in the corporate world helps to ensure the rent gets paid but she loves nothing more than retreating into her creative world as an aspiring writer by night. In her free time, she loves to escape city life and travel with friends in search of adventure and inspiration for her next story.

More From Victoria Cox view all

There’s a real difference between having a work ethic and having passion. Pretty much every
person trying to make a living in any third world country has a strong work ethic. Where passion
comes in is that it doesn’t matter what you do, you do it with all your heart and all your soul.