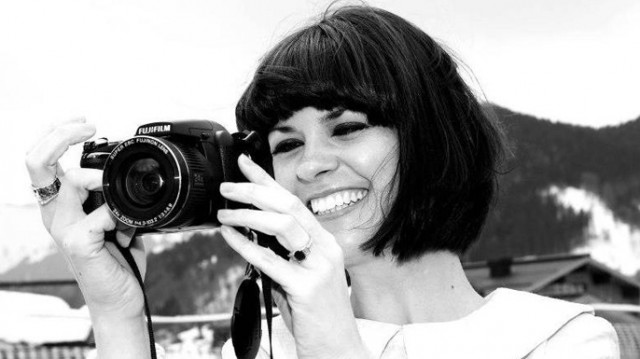 I am Dawn O’Porter. Up until last August I was Dawn Porter, but upon marrying an Irish man I decided to compromise on the name change, and I took his O’. I am slowly getting used to the new name; the Irish accent however, is taking a little longer to master. So, here I am. Guest editor of The Conversation for January. I know Amanda through…actually let me think it how this all came about. OK- Amanda appealed for contributors on Twitter and some of my followers yelled at me (tweeted in ALL CAPS) telling me I had to get involved. So I tweeted Amanda, then we emailed, then we Skyped wearing just our bras, and now I will never let her out of my sight again. So, here I am.

For those of you that don’t know my work, I talk a lot about sexism, feminism, body image, sexuality, confidence, food, pets and I tell inappropriate jokes and bang on about nonsense on Twitter. There is often a point behind what I am doing, but I try to get everything across by making people laugh. I am human, and female, so I get stressed out and down sometimes but on the most part, I think too many people take life way too seriously and that life really is quite ridiculous so sometimes we should all just look in the mirror and have a good old laugh at ourselves.

Aside from that, I am generally quite sensible.

I am really looking forward to being involved with The Conversation this month; I have some fun things lined up for you- so keep checking in.

Dawn O'Porter is a British journalist mostly known for her immersive documentaries on subjects such as Polygamy, child birth, breast cancer, extreme dieting and the movie Dirty Dancing (Just pop her name into You Tube, you will find them all). A regular contributor to many publications including The Sunday Times, Cosmopolitan and The Huffington Post, Dawn covers all subjects relevant to a woman's life. Dawn is not one to shy away from any subject. Her first fictional novel, Paper Aeroplanes will be out in May. Follow her on Twitter @hotpatooties for regular funny updates on food, fashion, the odd one liner and some serious, no holds barred honesty.

More From Dawn O'Porter view all

The Conversation Podcast on Spotify launches today .Rashida Jones Talks Feminism, Being Funny and Her Favorite Swear WordsThe Difference Between Religion and Faith: An Interview with Carrie Lloyd
comments (6)

Success is being able to look at whatever you’re doing, even if it’s your entire life, and being
able to say ‘I’m proud of myself’.