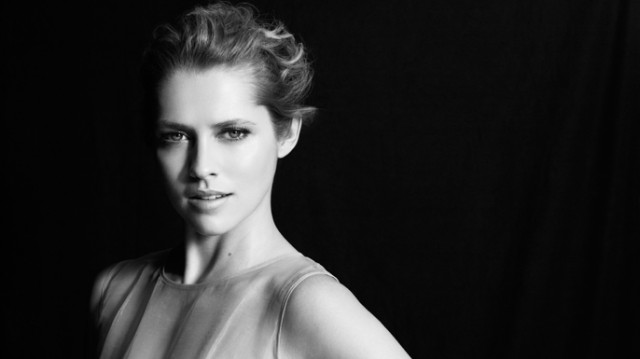 I am thrilled to have been asked to be the guest editor for The Conversation. Last year during a particularly trying time in my life I discovered “The Conversation” television series. It was truly a Godsend. Every week I would watch the show with my girlfriend (whilst eating some awesome dessert) and then after we would spend hours talking about this unique, thought provoking and inspiring program and the issues it raised. I instantly felt connected to Amanda- her openness and bravery, her wisdom and just the beautiful spirit that she is.

I was lucky enough to be put in contact with her through a mutual friend and we immediately became like soul sisters, in fact, Amanda was an amazing source of guidance and support when I launched my own wellness and conscious living website YourZenLife with my friend, fellow Aussie actress Phoebe Tonkin.

I am so excited to be collaborating with Amanda and this month I will be focusing my articles on friendship as well as lessons learned and lessons I continue to learn. I encourage this wonderful network of readers to continue The Conversation and share your own stories with each other in the comments section below the articles. We can all be each others healers, teachers, therapists and friends.

Amanda has brought so much joy, inspiration, laughter and light to my life in so many ways and I am so proud to know her the way I do and even more proud to see what she is doing for all women around the world through the uplifting, inspiring and positive community that is The Conversation.

Teresa Palmer, who was named one of Australia's 'Stars of Tomorrow' by Screen International in 2005, first caught the attention of audiences with her leading role in 2:37, which screened at both the Cannes and Toronto Film Festivals. She was nominated for Best Actress for this role by the Australian Film Institute. Palmer will next be seen in Warm Bodies with Nicholas Hoult and John Malkovich as well as Love and Honor with Liam Hemsworth. She recently starred in Wish You Were Here starring alongside Joel Edgerton and also recently shot Terence Malick’s Knight of Cups with Christian Bale as well as Parts Per Billion with Josh Hartnett and Rosario Dawson. Her additional film credits include Michael Bay and Steven Spielberg's I Am Number Four; Take Me Home Tonight with Topher Grace; Walt Disney Pictures’ The Sorcerer's Apprentice with Nicolas Cage; Bedtime Stories with Adam Sandler; December Boys with Daniel Radcliffe and Restraint with Stephen Moyer. Palmer was awarded the 2011 Australians in Film Breakthrough Award and has also segued into working as a director, writer and producer. She started a blog called Your Zen Life with her friend, actress Phoebe Tonkin. Palmer was born in Adelaide, Australia.

More From Teresa Palmer view all

The Conversation Podcast on Spotify launches today .Teresa Palmer has The Conversation with Phoebe Tonkin about FriendshipLife Lessons I’ve Learnt, And Why I’m Grateful
comments (4)

A career is an investment in yourself. And the thing about a career is that it continues to pay
dividends throughout your life.