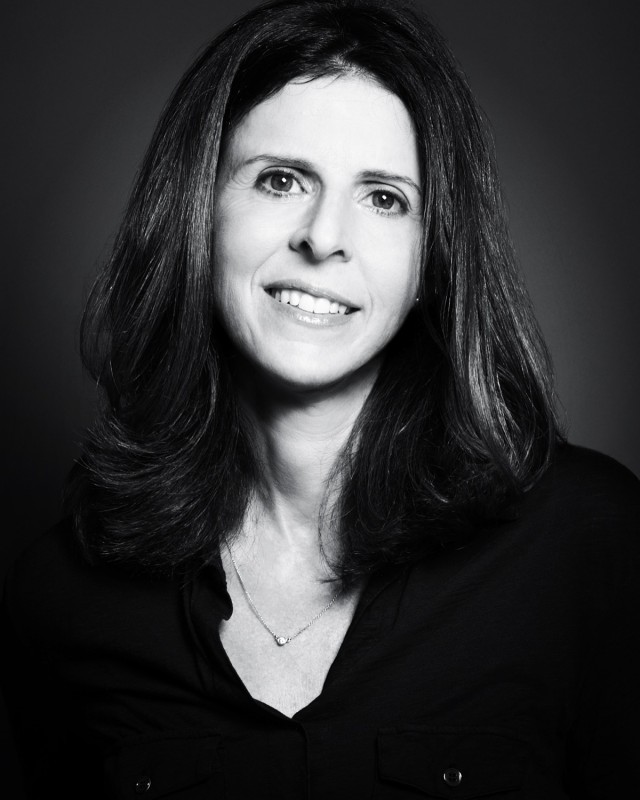 An Interview with Amy Ziering, The Filmmaker behind The Hunting Ground

BY The Conversation Team

Last week I had the good fortune of going to NYC and moderating a panel at the 92St Y on The Hunting Ground, a powerful film about on-campus assault that premiered on CNN last week. I was so impacted by the film that I wanted to interview the Executive Producer Amy Ziering, read our conversation below and please feel free to share any of your own stories in the comments.

Amanda: What inspired you to become a filmmaker who would tackle such monumental—and unsettling—issues as rape in the military and at university?

Amy: Not sure, but I’m the daughter of a trauma survivor who never could tell his story, so injustice, repression—and their relentless and brutal aftermath—are kind of in my DNA.

Have you experienced discrimination in your career as a result of your gender? How has being a woman affected your filmmaking approach?

I would rephrase the question to be: have you ever NOT experienced discrimination in your career as a result of your gender? In the film industry, sexism is the norm, not the anomaly. (This though does NOT apply to my interactions with Kirby who is a legit and hard core and commendable feminist.)
My being a woman has affected my filmmaking in the same way in affects and informs all that I do—I tend to focus on stories and topics that empower women and gives them a strong voice, and platform them in ways that subvert or defy conventional cinematic tropes that insist on their objectification.

How did you start working with Kirby Dick? What’s your collaborative process like?

We are super collaborative—and I guess best way to describe us would be that we operate how I imagine a rock band does. If he’s Mick, I’m Keith. We each pull our weight but at the same time its very co-dependent and non-hierarchical. I think a lot of our films’ power is derived from our unique working relationship. It’s kind of crazy, but we kind of work to impress each other, and each is so demanding of the other that it ensures we each are always “on it” and delivering our best game.

You did all the interviews with the subjects in the Invisible War and The Hunting Ground. How do you prepare to discuss such traumatic experiences with strangers?

That’s a good question and the sad answer is you can’t do much to prepare yourself. I mean the stories are so profoundly harrowing. How does one prepare to hear them? All I can do is make sure that my number one priority when conducting these interviews is to make sure that the subject feels as protected and supported as possible. So I always tell each person I speak with that their emotional needs come first—and that the last thing I want is for our talk to, in any way, add to their pain. They are free to stop any time—take breaks—decline a question that the feel may be too upsetting, etc. I think making them feel so safe and supported, which allows them to feel ok about opening up and revisiting such a painful part of their life.

How do you think your interviews affect the women in your films? How do they affect you?

I think that overall and for the most part, from the feedback I receive, the interviews are a very positive experience for our subjects. Some have told us that speaking with us was actually a life altering experience as they finally were able to unburden themselves of secrets. What’s nice is that this sort of has a ripple effect as I can’t tell you the number of people that come up to us at each screening and say that watching the film and hearing others share similar stories was healing and cathartic for them. Knowing how much this all is helping others is what keeps us doing this kind of work.

Your films inspire such empathy and such passion in your audiences—around issues that are deeply stigmatized and shameful. What do you think it is about your filmmaking process that allows that to happen?

Thats an interesting question. Many people assume that since we are doing investigative work, that the filmmaking is less skilled—but actually there is an art to crafting an informative piece that also works as a profound and moving cinematic work. To achieve this we very much focus on character, and three act structure. We work extremely hard in all areas of the filmmaking process. We are extremely rigorous and meticulous in our research, and very ambitious and thorough in production and post.

How do your films affect political process? Was that always an intention of yours or have you been surprised by how your films have inspired policy and action?

We’ve been heartened by the incredible public response our film The Hunting Ground has received. It’s screened at nearly 1,000 college campuses and organizations including the White House. Several university leaders—including the heads of Harvard and University of Alaska Fairbanks—have spoken out for the first time about the extent of the problem with the President of U of Alaska explicitly crediting the film in his remarks. We’ve gotten the film to all our Governors and it recently helped Governor Cuomo to pass significant new legislation in NY. We are seeing new legislation being drafted in several other states as well.

Do you feel your films offer victims a sense of justice—when the justice system (or the military, or their university) has failed to give them that?

I know it makes them feel heard and validated. And that alone is profoundly important to them. I remember one forty-year old woman whom I interviewed in upstate NY who had entered the military when she was 19 and was speaking to us about events that had happened to her almost 20 years in the past.
As we were leaving she said to me: Amy even if you don’t make this film, or even if you make this film and I’m not in it, thank you so much for coming to speak with me today. Because you’re the first person whose ever believed me, whose ever took the time to listen.

How can your audiences help make sure that sense of justice inspires change—and doesn’t just fade away as the next issue comes to the forefront?

Well change happens in all sorts of ways. I saw a film in 8th grade that changed my perspective on an issue and that’s informed many of my daily life decisions ever since. I like to think that our films offer a portal into insights on issues that have that same sort of indelible impact. Men and women maybe will better understand sex crimes and their devastating impact and this different understanding will impact and affect all their future relationships, and the way they respond to survivors, etc. I think awareness is a huge thing and something that doesn’t ever fade away. But on a more micro and tactical level there are many great organizations out there doing great work that people can become involved with and we have a website currently that provides info about ways to get involved—it’s called SeeActStop.

How do you handle the pushback from those who would rather you not expose the issues that you do? Have you ever been personally threatened?

Most universities have received the film very positively and it’s had a tremendous amount of impact on campuses. But we were saddened to see the extent of pushback from a few universities who have gone to great lengths to discredit survivors in order to protect their brand and image. This is exactly the kind of institutional denial that The Hunting Ground shows has been so common in higher education. In addition, there are several dozen pundits, who are not speaking from positions informed by research and empirical knowledge but rather from positions informed by prevailing rape myths which believe women’s accounts just can’t be trusted when it comes to this crime (even though all studies show that 92-98% of rape reports are true). It’s so incredibly sad that there is pushback against people coming forward to report a crime. It’s hurtful to the courageous survivors and its hurtful to society. It’s infuriating, counter intuitive and wrong. We fully stand behind our film and all the people who shared their stories in it. It’s important to note that no institution has asked us to retract one fact in the film. That’s because the film is completely accurate.

Knowing as much as you do about sexual abuse and rape, how has that affected your parenting? How do you educate your kids without terrifying them?

My kids have seen my films, which really do a good job of presenting this information to them in a way that they can follow and take to heart as the info is being imparted to them by their peers. I would encourage parents to watch the film and encourage their children to do the same. It might be scary, but in long run, it’s much better for everyone to have their eyes wide open when they are in these environments. I would recommend people go in groups or with a buddy to large social events, and that everyone knows to look out for one another and have their backs.  Also, try to always be aware of the contents of what it is you are drinking and who may have had access to your drink. And of course no matter what—if this happens to you know it is NOT your fault. The fault lies solely and squarely with the perpetrator—as it does with any other crime in our society. So do not blame yourself EVER. That’s super important.

What advice do you have for women who have something to speak out about but feel afraid?

There is no right or wrong about speaking up. Everyone’s comfort level and ability to do so is different. So whatever you decide to do is the absolute right decision. If you are feeling isolated and afraid, see if there is someone you can share your story with who will keep it in confidence. A close friend or a family member—or reach out to other survivors online or phone. There are some good groups out there who are there to listen. And don’t waste a minute EVER blaming yourself for anything that happened—bad things happen in life. Know that it’s not your fault and we believe you. We really do.

The Editorial Team - The Conversation’s mission is to explore, nurture and empower the modern woman, through interviews and topics ranging from: health and wellness, beauty, style, fitness, diet, parenting, sex, love, truth and wisdom, career and finance. We are here to share and support the universal language of women. Join The Conversation, find us on Facebook and Twitter @TheConversation.

More From The Conversation Team view all

Lazy Sunday with my hubby . #MrV 💗

You hear from a lot of moms and new moms ‘Oh, I’ll pick it back up when I’m older or when my
kids are in school,’ but for me each assignment is unique. You can’t just say I’ll do this later.