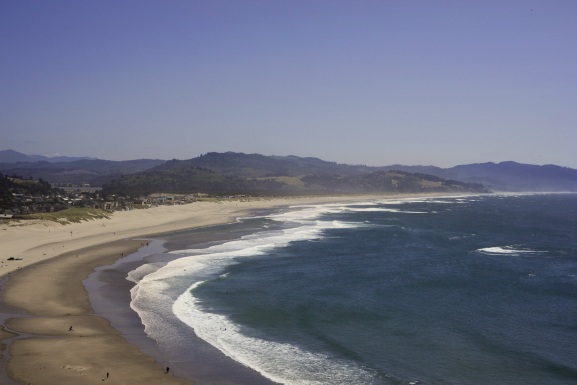 I struggle with being thankful. Don’t get me wrong – I am thankful for so much in my life, particularly when I open my eyes another morning, but where I fall short is sustained gratefulness. As embarrassing as it is to admit, my boyfriend recently told me I was really negative, which was like a small arrow to my heart; while hot tears jumped into my eyes and spilled down my cheeks, my mind cast about for whether there was any truth to his statement. Granted, I made what I thought was an innocuous statement, but I guess I was wrong. He apologized, I accepted and we moved on… but his comment gives me pause because it’s the exact same comment a close friend of mine said to me way back in 1994. I remember feeling the same way, hurt that someone could misconstrue me and (in my mind) subsequently where I come from.

So where do I come from? I come from a family that has struggled mightily under the weight of the depression my father carried with him beginning around when I was 15, which continued until his death in 2008. You see, he had lofty goals for himself and his family, he went to law school and received his juris doctorate but could never get over not passing the bar exam after his third try. He looked at himself as a failure; not only did his plan to uplift our lives disintegrate, his plans to make his parents proud of him also went up in smoke.

Even as a grown man with seven children, his parents were quick to judge him and what they also perceived to be his failures. My mom spent a lot of time, as many women I know frequently do, trying to help build his self-esteem. She suggested he count his riches through the image of his children for she believed they had been blessed in abundance by our birth.

Unfortunately there was nothing anyone could do to boost his self-esteem, so my father never recovered from feeling like he failed mightily in his life. To be honest, his ‘giving up’ on life caused a serious deficit in all of us, including my mother, because we have gone through life attempting to circumvent life’s landmines rather than embracing it with wonder and awe.

In fact, as I write this, I believe this has contributed to my attitude of looking at the world defensively. This past March when my Mom was asked what she was giving up for Lent, her response was, “My life has been Lent, I’m giving up nothing.” That comment sums up all of us – we Jefferson siblings all struggle with looking at the world with bright, hopeful eyes; we wonder at the poverty of our youth, the many deaths we’ve had to endure and lifelong illnesses that threaten some of us.

While having a conversation with my friend the other day about my being negative, she reminded me that my experiences and the environment I was raised in would definitely contribute to my cautious and pessimistic nature. This was one of those ‘things that make you go hmmm’ moments for me, so now I have to determine how to move forward. How do I recalibrate my mind to not default to negativity all of the time?

Another friend whom I spoke with today made a suggestion: wake up every morning saying thank you for everything, even those things I find frustrating, like some aspects of my job. Her advice was to use the things I struggle with as an “empowerment tool”. She further went on to say that with something like work, to not view it as my job using me but as I’m using it to get what I want and should cherish it like a gift that of course allows me pay bills and have a little fun, but most importantly, inspires me to create so I’m nurturing and nourishing my artistic self.

Between the catalyst comment from the boyfriend several days back, conversations I’ve had with two different friends and an acquaintance over the past three days and my quarterly prayer schedule (turns out I remember to pray quarterly) asking God to please please please help me to approach each day with an open heart and thankful spirit, I’m seeing a personal growth spurt in the works. Clearly I’m being challenged to fight this negativity that pervades my being. My instinct is to grasp for it, my familiar friend, my defense mechanism. after all, aren’t I being ‘realistic’?

Apparently, the answer is no. My negativity has stealthily created a dark fog that follows me like the funk around Pig Pen, but I’m determined to take a damn bath and clear the air. There is no happy ending tied up in a bow; rather, there is the constant working on self, the use of knowledge newly gleaned and the restoring of faith in God. Like the writer Albert Camus said, “I’d rather live my life as if there is a God and die to find out there isn’t, than live my life as if there isn’t and die to find out there is.”

Cija (pronounced Kia) Jefferson is an education advocate by day and writer by night. She currently lives in Baltimore. She received her B.A. from Sarah Lawrence College in Bronxville, NY where she focused her studies on history, sociology, and literature with a splash of theatre and poetry. You can visit her blog at cijasquips.tumblr.com

More From Cija Jefferson view all