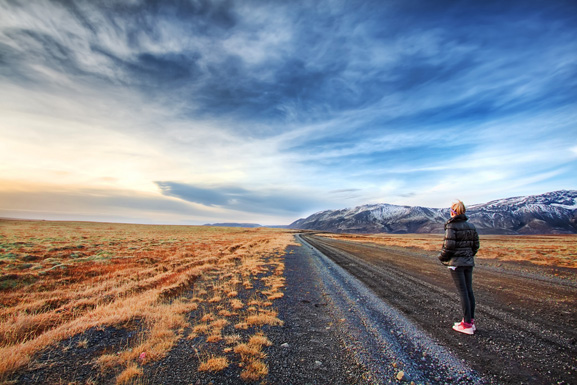 I have been called many things during my 33 years of life; the one that has stuck the most is ‘brave’. I’ve heard it a lot recently, given that I ended a ten year relationship and decided a fresh start was required. As a result of that revelation, I’ve given up a well-paid job and moved 250 miles to be nearer to my family (so near, I’ve actually moved back in with my parents). If I had a quid for every time I’ve heard ‘That’s such a brave thing to do!’, I’d be one rich pussycat. Being brave implies that I took making those decisions in my stride, which is not the case, at all. I was absolutely terrified. It even implies that I’m fearless.

Whenever I’ve heard the ‘You’re so brave’ statement, I’ve scoffed and thought that people were talking about someone else. If I think of a fearless, brave woman I think of someone like the ’90s comic book heroine Tank Girl. She looks a bit battle scarred and is arriving at whatever event she’s going to skidding in sideways, flipping the bird to anyone who deigns to look down their nose at her. I cannot stress this enough; this is not me.

I started to wonder why we feel fear. Is it because we think we know our limits and we’re scared of going beyond them? Is it because whatever is scaring us threatens to change the status quo of a comfortable life? Is it because we worry we’ll fail? And if we fail, what will people think of us? Mine definitely stemmed from changing everything I knew about my life.

We all have scenarios that bring on the fear; they vary from woman to woman and some are quite common and some are completely random. They might range from life fears (dying alone and being eaten by a cat) to animal fears (spiders) to career fears (‘I won’t make [insert your dream job here]…’) to personal fears (‘I’m not good enough!’) and so on. And each one of them is valid, even if you can’t personally relate to them.

My mum recently had some unease with her job caused by the possibility of redundancy. Mum thought that she’d be in that job until retirement and didn’t particularly want to start job hunting even though she is too young to retire. To suddenly find the daunting prospect of unemployment hanging over her head, she was terrified.

When I realised that my arduous relationship wasn’t working, I was beside myself with fear. I had been part of a couple for so long that I wasn’t sure I’d be able to cope by myself. What would I do? I’d have to pack and move out of our shared house, find somewhere else to live and be on my own again. For a while this fear kept me from walking.

My point here is that once you actually have to face what’s scaring the hell out of you it doesn’t seem so scary anymore. Once my mum had faced the worst case scenario it turned out losing her job wasn’t so frightening. Once I started thinking about calling time on my relationship, staying and carrying on became the scarier option. I chewed over the thought of leaving for a few days before I did it just to work out what exactly I would do and how the practicalities of it all would pan out. Starting over would be tough, but opportunities were endless; I could start building a newer, happier life for myself. Reacting to fear can’t always be a kneejerk; sometimes you need to spend a while with it before you feel you can face it and work out your next move.

We all have a little bit of fearless in us. You may not believe it but its there and it allows you to pick up the giant, hairy, woman-eating spider that’s lurking in your bath, throw yourself over a cliff edge and abseil to the bottom or stand up and give a marketing presentation to a full boardroom at work without batting an eyelid. It may not be the same kind of fearless that your closest friend has but then maybe that’s why you’re friends. Perhaps your fearless compliments others and you are fearless for them when they need it and vice versa.

A bit of fear is healthy and I’ve come to learn that when I feel fear it’s indicating that something is pushing me out of my comfort zone. Sometimes fear should be faced and we should do what scares the pants off us. If we don’t, how do we know we’re pushing and developing ourselves? I now know that there is something worse than feeling fear; that’s knowing that the fear stopped me from achieving.

So that’s why I changed my location, ditched my job and moved back in with my parents. It would have been easier to stay where I was and carry on as I had done for ages. Except it wasn’t really what I needed. It’s not an easy route to take and it continues to have its ups and downs, but facing the fear of being alone again and starting over was empowering and definitely the right choice.

Every now and again, what I’ve done hits me and I congratulate myself on being a little bit brave. This lasts until a giant, hairy, woman-eating spider appears in my bath. I flee screaming to the sofa, happy to let it take up residence in the bathroom. That’s one fear I’m content not to deal with.

Bex Olver lives in the UK. She doesn’t talk like the Queen. She is very fond of cups of tea, Hello Kitty, Scrabble and Jelly Belly Jelly Beans. Indie music makes her happy and you can find her Bringing Sparkle Back at www.bringingsparkleback.tumblr.com

More From Bex Olver view all