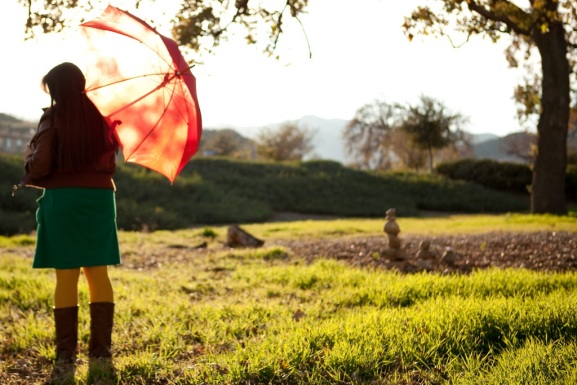 Bullying at the Coffee Shop

There’s a whole bunch of media attention right now on the subject of bullying. I was bullied as a kid and remember the feeling of not wanting to go to school, so I’m glad people are finally waking up and talking about it. There are also some serious consequences (mostly for the bullied) that extend well into adulthood or unfortunately, cut it off. There also seems to be a lot of media attention lately on mothering and “what kind of mother are you” that, if you ask me, is a form of adult bullying.

Women in particular seem to be harder on each other than men are to other men. I’ve observed that there seems to be less forgiveness and more judgment and much of that translates to a sort of bullying, even if unintentional. I want to make a plea and a pact that we commit to supporting one another and stop our lips from moving when we’re about to say something that could be construed as negative or harsh. I’ll give you an example…

My daughter was three months old and I had just started back to work. She was still breast feeding and waking up three times a night, so like every other new parent on the planet, I was exhausted. Around 9 o’clock in the morning I packed up the baby and hit the coffee shop on our way to the park. She got a whole bunch of attention in line and one woman in particular paid close attention to her. She kept staring at her and then looking at me tentatively and smiling. “Your daughter is beautiful. How old is she?” I replied and smiled back, thanking her for the compliment, but honestly, I just wanted my Grande iced coffee with hazelnut syrup and wanted to move on. I was so tired. Perhaps she could smell my exhaustion and vulnerability and mistook it for unsureness and weakness and perhaps (most likely) she was well meaning. But what came next offended me so much I could hardly respond.

“She really looks exhausted. Has she napped yet?”

I kind of couldn’t believe the audacity and the implication. In that brief sentence, she was implying, to me anyway, that I wasn’t aware of my child’s signals or that I had no idea what I was doing, or that somehow, I was neglecting her.

I half-heartedly let her know that, yes, she had napped. She had a habit of waking up at five and going back down at seven and staying there for an hour. Somehow, that wasn’t enough for her and she continued to criticize my parenting skills. “Oh, seven is way too early. You should try to keep her up longer.”

I shot her a look that clearly exclaimed I wasn’t interested in her telling me what to do with my child and as if she needed to defend her opinion, went on to tell me she was a licensed therapist and an “expert” in parenting. To me, it seems she should have known better than the average person to not give unsolicited advice in public, but that’s what I was getting. I wasn’t paying her for her time, nor did I ask for her help. And that’s the thing: I think a lot of people mistake their unasked advice for “helping” and to me, it just feels like bullying. I instantly went to a place of negativity in my mind, questioning if I was a good parent or if my daughter was being well cared for. I’ll tell you that lasted about 30 seconds, but still…it was there. It shook my confidence for a moment and that interaction totally didn’t need to happen. I believe we should only speak positive words and not impart our own beliefs or routines onto others. You can do what you do and think what you think all day long, but there is no need to make me do or think those things. If I ask you, then feel free to share; otherwise, don’t. And I write this because I’m sure at some point I was that person in the coffee line. And maybe you were, too. We need to raise our level of consciousness with how we communicate with one another and how we interact in general.

That one moment made me so much more aware of my own actions and interactions that when we hit the park a few months later, I was able to hold my tongue. A mom with a baby my child’s age was pushing her son on the swing next to ours. She started up a conversation, asking if my daughter slept through the night. I told her she did. She sighed and told me her son still woke up a few times in the night and told me I was lucky. Maybe I’m lucky and maybe I just read the right book on baby sleep habits, but I thought about what I was going to say next. I could tell her about the book and give her all of the advice on sleep I had heard, or I could just sympathize with her. Quickly, I did an inventory of the situation and decided sympathy was the way to go. “Well, I’m sure he’ll grow out of it. And maybe the next one will be a sleeper!” She laughed and said she hoped so and we continued pushing swings side by side. Telling her what she was potentially doing wrong would not have made her feel at all good and frankly, she and her son looked happy, if not a little sleepy. She’s a good mom and clearly loves her kid and is doing the best she can. What she didn’t need was me telling her what she did wrong. And who am I to judge what’s wrong, anyway? How do I really know? Different from me isn’t necessarily wrong. I could have told her what I do and if she even took the advice, it may not have worked. But mainly, the most important piece of the equation is that she never asked me what I do. So I refrained from sharing.

Bullying can be slight or extreme, but the essence of it is always the same: It makes people feel less than and different. It makes people question their worth and their choices. I’m all about supporting people’s individuality; celebrating differences and perpetuating good feelings in this sometimes-harsh world we live in. Let’s ramp up the consciousness and all reap the benefits of a more secure society.