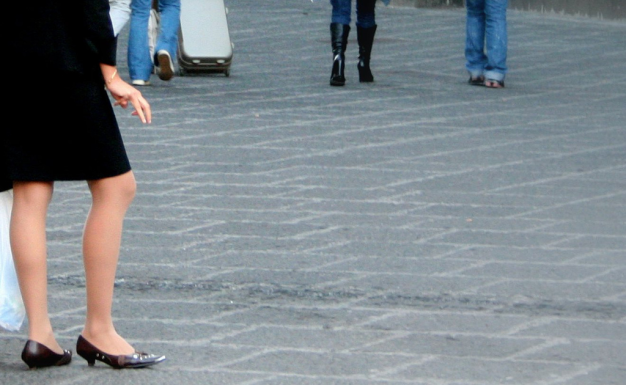 As women, we often have a tendency to be highly critical of ourselves and others. Because of the culture of fat and slut-shaming, projecting our insecurities is an easy trap to fall into. When we encounter women who seem to transcend the uncertainty that plagues so many of us, we frequently lash out. We want someone to commiserate with as it makes it easier for us to view them as an equal. If someone lacks the nagging sense of self-doubt that many of us encounter throughout our lives, it can make us feel inferior.

From middle school to the real world, we often hear the phrase “she thinks she’s all that” or complaints of another woman’s cockiness. But what constitutes this so-called arrogance? Is it the way a woman takes care in how she dresses? Is her poise? Her trust in her own abilities?

Why is it that when a woman is willing to acknowledge her strengths that other women put her down?

Self-assurance is a quality that should be emulated. If you look to the top women in business and politics, they all seem to share one thing in common: they did not take “no” for answer. By being confident in their skill sets, they were able to show how and why they deserved to be heard and have a seat at the head of table. These are the women that may have been labelled as “cocky” by others in the past, but who kept their head above the fray because they knew their worth.

Many people constantly bemoan the lagging numbers of females at the helm of organizations, but the root of the problem might just be staring us in the face. Women often fear criticism from others and thus shy away from leadership roles that can lead to situations in which they might be called “cocky” or a “bitch”. However, the truth is that if you want to get ahead, you cannot be held back by wagging, jealous tongues.

In a popular TED talk from 2010, Sheryl Sandberg, COO of Facebook, discussed the reasons why we have too few female leaders. Although there is no difference in level of talent or intelligence among men and women, the latter group often finds itself struggling to attain leadership positions. Sandberg posits that this might be due to the fact that women aren’t assertive enough in taking credit for their accomplishments. While she might not state it explicitly in her TED talk, the female tendency to neglect claiming one’s successes might boil down to a fear of appearing too “strong” while in our society is perceived to be “unfeminine” and thereby threatening. By being confident and assertive, we appear more “masculine” and can be labelled as “abrasive” or “bitchy”, a challenge that influential women such as Hillary Clinton have had to face throughout their careers.

However, looking at the careers of successful female figures in various industries, it is clear that self-confidence is the key to success. It requires that you foster a strong relationship with yourself because at the end of the day, if you don’t believe in your own abilities, you cannot expect anyone else to. Understanding your strengths and weaknesses and knowing how to promote them to the best of your ability is an invaluable skill. While we are often quick to label other women as “cocky”, we need to recognize the essential difference between confidence and arrogance and encourage one another’s successes rather than bringing each other down. Decrying others’ successes only makes you seem petty at the end of the day.

Great self-knowledge and confidence will take you far, but just be sure to couple it with some humility.

Kiki Ochieng is a 19-year-old from Washington, DC, a member of Yale University Class of 2015 and a self-professed global citizen and feminist. Her blog, lapolitique.tumblr.com, consists of posts addressing a variety of topics including politics, gender issues, race relations and the media. She has written and spoken regularly about these subjects at Yale and has appeared on programs such as BBC's World Have Your Say. Follow her on twitter @kikiochieng.

More From Kiki Ochieng view all