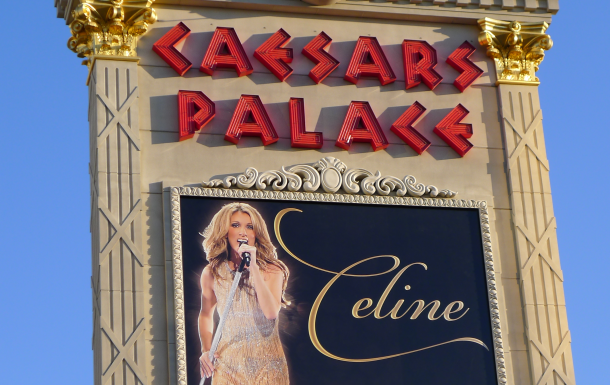 Which would you choose?

It seems until recently I have always gone for the ‘death’ option. I mean, it is so much easier, and less embarrassing, to not run screaming down the carriage when you see an unattended bag on the train, to get in the car even though you know your friend has had one too many, to not send a meal back when you just know it hasn’t been cooked properly, to not go to the doctor when you think there is something wrong. These are, to us, small decisions which normally turn out alright. But what if they don’t? The consequences are monumental and yet the fear of embarrassing ourselves often leads us to make the wrong decision.

I overcame my fear of embarrassment last year in Las Vegas. My friend and I were in the middle of a road trip but we had not participated in several experiences along the road, such as riding a bucking bronco, because we were too embarrassed of what people might think. When we got to Vegas however, we realised that although these were not dangerous or life-threatening decisions, they were killing the point of our trip – a trip of a lifetime – because we weren’t experiencing everything which was on offer to us. So we decided to stop saying ‘no’.

To celebrate we went out, intending to do something which scared us. Singing All By Myself at Karaoke seemed like the right thing to do. I should mention that in my head I sound like Julie Andrews but in reality I sound like a strangled cat. So, there we were in Caesar’s Palace. A karaoke night was about to start so my companion put our names down while I got the (strong) drinks. Before I had placed the drinks on the table, the DJ called my name. We had been the first to put our names down. I was opening the night. There were at least 15 people scattered around the room. Holy crap. I gulped at my drink and walked towards the stage. Cruelly, the karaoke makers had chosen the Celine Dion version, but it was too late to turn back. The next FIVE minutes (yes it’s a stupidly long song) were, and I’m not gonna lie, pure hell. I tried to take the sting out of my voice by doing a few comedic moves in the style of the opening scene from Bridget Jones, but my knees were trembling so much that every time I moved I was worried I’d fall over so I ended up rooted to the spot, just wailing. At first there was deadly silence, I don’t think the audience could comprehend why someone who could barely carry a tune would choose such a song. Then my companion started whooping and I heard several others join in until the crowd was rooting for me – out of sympathy I’m sure, but they were on my side, they weren’t booing – and finally, after a big finish, it was over. Several people came over to me to say how brave (read stupid) they thought I was, and my heart slowly moved back down to my chest from my mouth. Soon, I was basking in my new-found freedom and it has lasted ever since.

In the grand scheme of things it was a small event, but since then I have been much braver, actively choosing the embarrassing option rather than the easy one. I haven’t seen an unattended bag since, but I’m sure I’d report it if I did, I have insisted on friends getting a taxi home after a night out, I have sent food back and I have finally been to the doctor, which led me to a situation which makes the Caesar’s Palace incident pale in insignificance.

My symptoms dictated that I required an endoscopy. Or more specifically, a sigmoidoscopy. Or more simply, a camera up my bottom. When I arrived for my appointment, I was given an enema – I naively thought this would be a pill, but no, I had to put on a hospital gown, lie on my side, and let a nurse pump fluid into my bum. After 2 minutes I was running to the loo, where everything came out. Predictably it was a busy hospital, the loo was quite far down the corridor and I had forgotten to put on the back-covering gown so, yes, I ran down the corridor with my wobbly bottom visible to anyone who cared to look. Thankfully, I made it in time. I won’t go into the details of the procedure but as you can imagine it was utterly undignified, with a doctor and two nurses looking at and talking about my most intimate areas. The leaflet said I might feel the urge to fart and that I wasn’t to feel embarrassed about it. Ha! I can’t tell you how embarrassing it is to continually fart onto a doctor’s hands as he is guiding a camera up your arse. Thankfully within 15 minutes it was over and I was wheeled back to the ward, Naked Gun style, to get dressed and go home. The whole afternoon was a distinctly unpleasant, embarrassing experience and I felt violated and physically vulnerable but also, weirdly empowered. The results came back normal so I can eliminate colon and rectal cancer as a cause of my symptoms, which is an enormous relief. Thanks to my new-found freedom from embarrassment, and the NHS, I was able to do this quickly, and for free.

The biggest lesson I have learnt from these very different embarrassing experiences, is that the embarrassment will end and the benefits of feeling stupid and/or vulnerable far outweigh the drawbacks. There is no better advice than the old cliché to do something that scares you, as you never know where it may lead. For me it has changed my life.
So from now on I will always endeavour to choose embarrassment over death, after all you really can’t die from embarrassment – I am living proof.