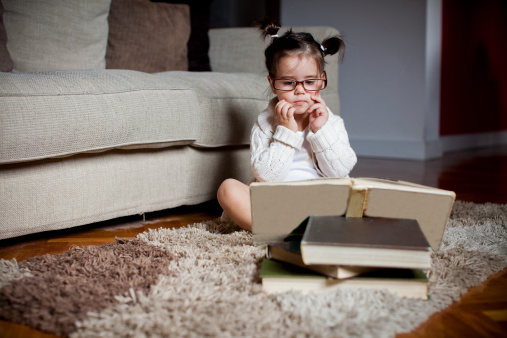 Failing My Way to Success

When I was in sixth grade, I begged and begged for a guitar. I had an idea in my mind of myself as a talented guitarist and songwriter/Disney Channel starlet. I was fully committed to becoming this vision of myself. Unfortunately, my commitment to daydreaming of my future stardom far surpassed my commitment to actually learning how to play guitar. I learned a total of four chords before giving up in frustration and transforming my guitar into a room decoration.

I like to think of guitar as my first real trial. It is the first thing I decided on my own that I wanted to learn, and I failed at it. My first big girl trial led to a big girl failure, and paved the way for a lifetime of failures.

At that time, and for a long time after, I didn’t give much thought to failure. Failure meant almost nothing to me. It meant I tried something, wasn’t great at it and moved on to something else with the potential for success. It was that simple.

As I’ve gotten older, I’ve let that mentality slip away from me, as I feel many adults do. I felt myself fearing trial because of the possibility of failure. When I started college, I was a business major. In my first year, I failed classes left and right. That was a bitter pill to swallow. How was I supposed to become a business woman if I couldn’t pass my simple introductory classes?

Granted, I didn’t put much effort into guitar or my freshman year coursework, but my lack of effort was a lesson in itself. I had to find something that made me want to push for success.

After failing classes my freshman year, I felt I was back to square one. The life I thought I wanted wasn’t being actualized, and that was hard for me. In this low point, I decided to try blogging. As silly and ridiculous blogging can be, I truly believe that I blogged my way out of a self-diagnosed depression.

I loved writing. I wrote every single day and still do. I was writing because I wanted to be. I was improving because I wanted to improve. It was a feeling I’d never felt before: to love something so much that I wanted success at it. I later joined my student newspaper so I could try writing at different capacities. I take every opportunity I can to write something.

Failing is hard. It is the hardest thing in the world to want something for yourself because it makes you susceptible to failure. Failure is an inevitable truth in life. You are going to fail. A lot. And it’s going to hurt when you do, but failure can and should be seen as a positive thing. As cliched as it sounds, failure is the proof that you tried.

Failure is the opportunity to find what you were meant to succeed at. If we all just keep on failing, and embrace the lessons learned from it, perhaps we will all fail our way into ultimate success.

Shannon Borden is a journalism student at the University of Oklahoma. She is passionate about boy bands and the Real Housewives franchise, but also enjoys reading Plath and Rilke so her brain doesn't completely turn to mush. She is way too obsessed with social media. She probably has Twitter open on her phone and laptop simultaneously at this exact moment. You can follow her @shannonborden10 or blog My Life in Shanbles if you want to know what she's eaten today.
comments (1)

The point about feminism is, it’s not a set of rules; it’s a set of tools.