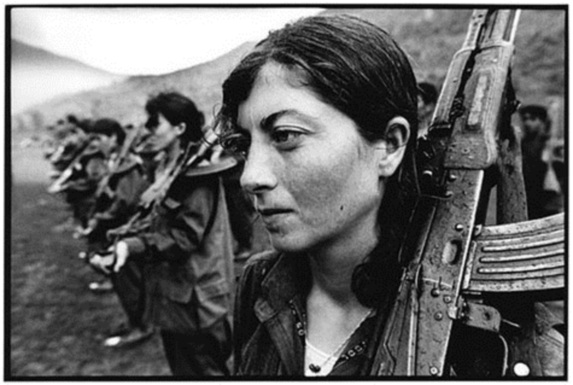 A couple weeks ago, I was doing some research for a piece I was writing about ladies letting their freak flag fly and how they go about doing it. The one stipulation was that it had to be an activity a lady chooses to do when absolutely no one else is around; it’s an enjoyment she simply loves doing solo. The article can be found here, if you need a good laugh.

In order for me to write the above mentioned piece, I started thinking about how my own little freak flag flies and how I wave it on occasion. I had to decide if I could be brave enough to out myself and share my hidden activities with the masses. Part of writing is sharing bits of yourself that you may never otherwise divulge. It takes a bit of courage. As I started to make my list, my mind wandered a bit while I began thinking about other women and what they may have to share. Curiosity killed the cat and I decided to reach out to my lovely lady friends to survey them for honest and real answers. I knew they would give me amazing material. And, that is just what they did. I had a great response from brave and fearless women who allowed me into their private lairs and their active oddities. They let their freak flags fly. They did it willingly and with integrity. They let me in without hesitation. They didn’t give one damn. They owned it all.

While the hilarious, strange and occasionally downright gross human behavior started trickling into my inbox, I began to think about how many amazing women I have in my life. I thought about how accomplished, intelligent and motivated they all are. I thought about their paths and the journeys they all have been on, so different and yet still so similar. I have female friends that work everywhere from Discovery to Google, PR firms to movie studios, women that are mothers, teachers, doctors, volunteers, writers, producers, musicians, creators. I would like to think it’s a testament to my friend picking abilities but I know better and can admit that there are just THAT many amazing ladies out there. I began to think how lucky I am to be surrounded by such an army of strength and fortitude.

So, when I was watching the wonderful first episode of The Conversation last Thursday, two moments popped out at me regarding my earlier personal realization about the women in my life. Zoe Saldana was speaking and said, “I was born with a chip that makes me feel that a woman can preach, a woman can work, a woman can fight, a woman can build, can rule, can conquer, can destroy just as much as a man can. We just need to be…not given the opportunity, we just need to take our place, it’s always been there.” The light bulb went off and I thought, That is it. That is what the women in my life have in common.

None of the ladies in my world have ever thought that they couldn’t or were less than. They have never allowed a seed of doubt to be planted regarding their abilities. They set their goals and step by step make it closer and closer to their dreams. It’s why we are friends. It’s one of the commonalities we all share. I have never felt like I can’t do something in life. Have I thought about how hard it may be and how horrendously long it may take? Of course. Have I wondered how I could possibly find the time or knowledge? Absolutely. But I have never felt like I just simply am not capable. I know I am capable. That lack of fear and doubt only enables space for confidence and courage. Now let’s not get confused, I’m human and there may be a brief moment of pause but, overall, I know whatever I choose to do, I will accomplish. This in no way means it will be easy. It just means I will get it done and it is up to me to put in the effort and make the strides. Plus, how lucky I am to be surrounded by ladies that feed that, not only within themselves, but within me. I get to admire the ladies around me and it only motivates me further.

Which leads me to the second moment that stood out to me while viewing last week’s show. Sarah Silverman proclaimed, “The biggest thing a girl can, a woman even, should realize is that there is not just one slot for a woman in any given thing. I think that is something that society, men and women both, have enforced. It’s in the ether, that you have this feeling that one woman’s success can only come at another woman’s failure. […] The worst thing that can happen for people who don’t want women to be strong is that we help each other and become a force.” Building the framework of thought that says a female should fight for her position to represent the estrogen in humanity is giving the wrong impression. I want the job because I am qualified, not because there is a quota that needs to be filled. I don’t want to be your token female voice. I want the slot to be open to everyone and, out of all the options, it’s my voice that rings loudest and clearest to you. That is what I want to get me the job. And it’s what my army of lady soldiers want, too.

We aren’t out battling each other. We’re in the same camp, digging the same trenches, winning the small wars for the greater cause, for the bigger picture. What good would it possibly do me to gun down my fellow soldier? The common goal is success and if it takes entire troops to get there, so be it. Let each individual’s knowledge teach those around her, let the strengths and the weaknesses shine bright for others to see. Where she has fallen, another can pick her up. Where she excels, let her lead the way. It takes an enormous amount of strength to admit that each of us has something to learn. Use that courage and accept that fact. I revel in the idea that my female friends are wise enough, determined enough and thoughtful enough to keep marching on, gaining in numbers and in strength. I am elated to be part of this group that I revere. I get to sharpen my skills with the best. I get to see firsthand how fearless these women are around me and it only leaves me encouraged to continue keeping pace.