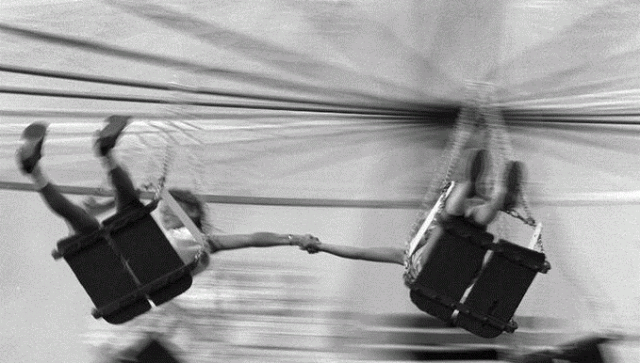 Friendship Shapes Us Into Who We Are

When Natalia tells the story of the day we became best friends, I cringe. We were 13 years-old and had spent the week sharing a bunk bed at Pony Club Camp (yes, I’m that middle class). Apparently, just before our parents picked us up to take us home, haughty little me turned to her and said: “You can be my friend when we get back to school.” As if I were the queen.

Natsi finds this hilarious. I, on the other hand, find it utterly mortifying. In fact my memory of it seems to have been obscured by so large a dollop of shame that I don’t even remember saying it. But if my lips did utter those words, I’m glad – because not only did our friendship make my teenage years less scary, less painful and far, far more fun, but it was also my first step on the way to learning how to love and be loved (by someone who wasn’t my mum).

Being a teenager is weird, unbearable and amazing in equal measures. At least it was for us anyway. I don’t suppose there were ever such perfect conditions for creating a passionate and all-consuming friendship. Oscillating between girlhood and adolescence we were horse-crazy and at the same time beginning to develop crushes on boys (who usually, rudely didn’t like us back). During long journeys to horse riding competitions we would sit in the back of the horse lorry painstakingly learning the words to songs by LFO and Crazytown because we fancied the lead singers. At the weekends we would pick apart the meaning of every word our crushes had ever said to us, and then ball our eyes out in front of Black Beauty. Yes, we were weird little things.

Within months we were so close we read our diaries out loud to one another. We liked to make sure each other knew every single tiny thought we had had that day. Every pang of anxiety. Every daydream. Every frustration. By the time we were 17 and I had passed my driving test we would drive to and from school together, smoking cigarettes and listening to Silverchair way too loud, and then call each other as soon as we got home to dissect the events of the day. Our parents despaired, mainly because their phone bills were so large. Natsi’s mum and dad actually thought we were in love at one point – which is funny because we often joked that would be easier (just so we didn’t have to put up with the boys who for some reason refused to see how great we were).

Possibly what made us so close was that we were both very intense in whatever we did. We didn’t just fancy boys, we were in mad and crazy and everlasting love with them. We didn’t just study for exams, we would be up all day and night making endless notes in multi-coloured pens to make sure we did the very, very best we could. We didn’t spend an hour getting ready to go out, we would spend weeks planning our outfits and the whole day at each other’s houses doing our hair and make-up and trying on all our sisters’ clothes just in case anything was better than what we’d already chosen. We weren’t just best friends, we were inseparable and grew incredibly protective of one another.

Something which played way too big a role in our lives and our friendship was food. In our early teens we both had unhealthy relationships with it, but at some point, around the age of 15, Natsi became really obsessive about it. She began a food diary, where she recorded her increasingly small daily intake of calories, and before long she was also recording the times when she would make herself sick. I remember how I felt when she first told me, like my stomach was twisting into a fist. It was a mixture of panic at the prospect of her become seriously ill, and a weird (and I’m aware very misguided) sense of jealousy that she could be so disciplined and in control of her body.

But soon, as she began to grow thinner, I became so worried about her I would cry myself to sleep. As the only one who knew about it, I felt responsible for helping her but didn’t know how. I remember sobbing in my mum’s arms because I wanted to know how to make her stop, and because, in my teenage best-friend-in-the-whole world’s mind, I was the only one who could do it.

As the years have rushed by, I have shared some of my happiest, funniest, saddest and most desperate moments with Natalia. There was the period when we discovered hard house music and went out with florescent pipe cleaners in our hair and neon paint on our cheeks. The time when we spent an entire six hours in the toilets of a club, pouring our hearts out to each other, and came out to discover it was six in the morning, the music had stopped and everyone had gone home. The time when we got locked out of her flat in London in our pyjamas when we were supposed to be on a double date with a famous male model. The hours, weeks, YEARS of sobbing, confused, in each other’s arms about why Joe, Clem, Ed, Lloyd, James or Nathan didn’t love us. The times eating marmite toast and scrambled eggs in her bed with the electric blanket turned on after long nights out. There are so many wonderful, silly memories I could fill pages and pages and bore you all silly, but I won’t.

Natsi now lives in France, is super-healthy, has an amazingly successful job and an adoring and hunky French boyfriend. I only get to see her a couple of times a year, and in all honesty, we don’t even manage to speak that much. But she will always be my best friend. Because at a time when my self-esteem was low and life seemed overwhelming, the fact I had a best friend who was funny and kind and more than happy to listen to my endless worries showed me that there would be people out there in the big wide scary world who would think I was a bit special and who would help to make my life full and happy. It also showed me I was capable of caring incredibly deeply for someone, supporting them and helping to make them happier and less scared. Which, with hindsight, was a very important thing to learn at 13.

I know I will never feel so wrapped up, so protected and so excited in a friendship ever again. Friendships are wonderful and important throughout life, but it makes sense that those we have when we are young help shape us into who we become as adults. Which is why I will always feel like the luckiest girl alive to have grown up with my best friend Natsi.

My friends have held me together, allowed me to fall apart when I need to, and have provided a kind of freedom to be who I am.