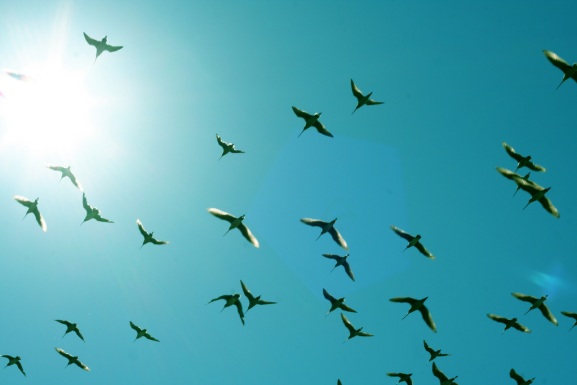 Life is a bevy of starts and stops, beginnings and ends, births and deaths. In fact, those very things define life as we know it. They are the make up of our existence, grand and small, the cycle of our universe. Transitions from different phases of life join together to create a full life lived. Without the ending of one thing, another could not begin. Those endings, quite simply, create space for the new.

Lately, I’ve been giving a large amount of thought to the idea of rebirth.  I’ve always thought most naturally of rebirth as a consorted effort in transforming oneself, a decided progression towards starting anew. But, recently, the type of rebirth I have been thinking most deeply about is the unexpected type, the type that comes from tragedy or trauma, the unforeseen crisis. It is this type of rebirth that abruptly takes away the old way of living, leaving one to scramble in an effort to gather the remaining pieces and the question of where to go from there. I am speaking of when life as you know it comes to a grinding halt.

I know all of you have experienced it in one form or another. Life is good, for the most part. You have a roof over your head, food on the table, people who love you and those whom you love back. And then tragedy strikes in the form of whatever it may be – the loss of a loved one, the ending of your marriage, the rejection of a career path, an illness or an accident. Whatever it is, it has turned your idea of living on it’s head. It’s cause for complete devastation and the idea of going on feels close to impossible. You feel angry and hurt, betrayed in some way by life. How could this happen? Why me? What did I do to deserve this? You easily dwell in this place of trying to understand why and feeling that if you come to this understanding it will transform your feelings of despair into those of acceptance. But that isn’t altogether true. Easily accepting any sort of heartache or pain is not a human being’s innate reaction. On our most basic level, we want to fight against that thing that is causing the pain. We want to destroy the source of it and our focus becomes intent on trying to get past this pain and hurt while still holding on to it. Quite simply, we want it back the way we have always known. We don’t want the mold of our life to be shattered and a new template to have to be created. But that’s exactly what we are being asked to do and it is what is necessary. Read that again. It is exactly what we are being asked to do and it is what is necessary.

I know this may be hard to imagine so bear with me. If we accept this change instead of fighting against it, will our eyes open up to the possibility of something new? If we look at this, not as a death, but as a place for NEW LIFE will our ideas manifest themselves in a more positive light? This trauma has torn us down in a way that has made transformation an absolute necessity. We have reached a point of crisis so large that we must turn inward to examine the ways in which we function. It is the battle against this change that causes us the most heartache and strain, not the giving up of our old way of living.

I share this with you because I am in the middle of living this very experience. Two years ago, I was a happy, determined and motivated 29 yr old girl living in Los Angeles working in my dream field of TV & Film Production. And then my own tragedy struck, I became very sick. Life as I had always known it came to a grinding halt. The dreams I had worked so hard towards, the goals I had been getting closer and closer to, the life I had created for myself, all were completely snatched away from me. For the longest time, I fought against the idea of being sick or what had happened to MY life. Where did MY life go? Everything I had always wanted was torn away at the drop of a hat. How could this be? How could I ever possibly be happy again? How could I find any contentment when I had to give everything I had ever wanted up? Quite obviously, I was grieving the death of my ‘old’ life. The life I had only ever known. And, don’t get me wrong, I still grieve but lately I am trying to take the opportunity to delve within and seek out the person I never would have met if this hadn’t happened. I am trying to explore the side of myself that could be happy in a different scenario. It feels hard, REALLY hard, but I also know I have so much more to give in this lifetime. So, I run into the wall of letting go of my old ways, my old boundaries, the old school way of thinking I had set up for myself and move towards the knowledge that I must start anew.

There are a lot of unknowns in my world, present and future. The old me would be kicking and screaming, unwilling to move forward without knowing positively what was going to happen in the upcoming days, months, years but that is no longer an option for me. I have had to transition. I have felt forced to do so. I have felt that my free will was gobbled up and no longer my own. So, I did the only thing I knew to do. I started internally digging deep and finding the things that I still had control over, the ideas and the emotions that I could still lend my dreaming towards. I reclaimed the attributes that could help me in this fight and began recognizing those which would not. I had to start thinking of this as a transformation and not a death. It was the only way I was going to survive. And I am. I am surviving. I am surviving in this place that has been created for me, a new place for me to reside within.

So, my goal, ultimately, is to view this as an opportunity instead of a devastation. I have been given a chance to transform who I am in my lifetime. Not many people are given that opportunity and, in some ways, I am thankful. That’s hard to say. It’s hard to say I am thankful for getting sick and having my life turned upside down but I know when I come out the other side (because I WILL come out the other side) that I will be better for it, that this place of cultivation, exploration and rebirth is where I found the best me possible. From the ashes of my old life, I will rise.

In the end, this is truly my beginning.