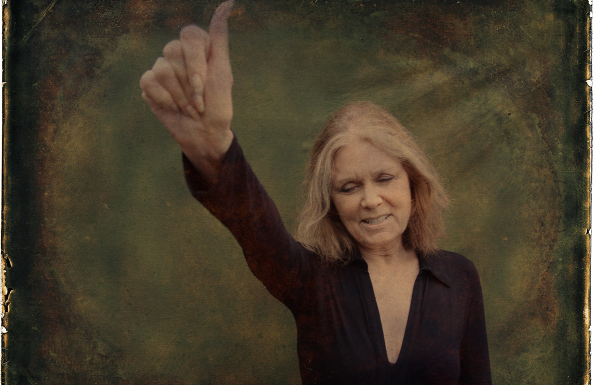 Giving Gratitude to Those Who Came Before

We live in an ageist society. The way we valorize and fetishize youth while we dismiss anyone who looks old enough to be a grandparent is undeniable. This seems to be especially true for my generation; our fascination with technology – with constant progress and the idea that “newer is better”, compounded with bearing witness to our elders going to extremes to fight aging – leads us to conclude that we must dismiss our elders, that we have nothing to gain or learn from them.

I have never bought into this. The truth is, I would not be where I am today without the help of women old enough to be my sister, my aunt, my mother and grandmother.

The first person I ever interviewed was Gloria Steinem. I was fifteen years old and by some stroke of luck, I wound up in her living room in New York City, tape recorder in shaking hand as I spoke with a woman who had changed the landscape of gender equality, who was the face of a movement that made my dreams (dreams that would have been unthinkable mere decades ago) possibilities. She answered my every question, each of which I’m sure she had been asked thousands of times. She gave me the gift of her precious time and support. She helped me start my journey as a feminist and a writer.

When I decide to start a blog, I hopefully emailed the women who wrote for blogs I read religiously, never even dreaming that they would respond. Not only did they respond, but also offered their well wishes and complete support. But they didn’t stop there. They continued to include me in their work for years to come, to mentor and teach me. There was never a hint of resentment or competition in our intergenerational interactions (as the media often likes to insist there must be) but rather a healthy give and take, a respect for what each of us could teach the other.

On a personal level, my own parents and grandparents have played a huge hand in shaping who I am. My parents have struck a perfect balance of authority and teaching and respecting my ideals and opinions as an equal. I have learned so much from my grandparents, have soaked up the many stories of their incredible lives, have heeded their warnings and trusted their advice, and am a better person for it.

I watch as my peers often equate youth with superiority. We see the world as blank books before us, never bothering to flip to chapters past. We vow never to make the mistakes of previous generations, whom we are quick to harshly criticize. Of course, we never stop to consider that in order to avoid those mistakes, we would do well to actually talk to those who made them, to learn where they went wrong. We also conveniently ignore the many things they did right.

Perhaps this is the way of the world – each generation dismisses the one that came before them, in doing so dooming themselves to repeat their mistakes. But I believe more strongly that this doesn’t have to be the case. I believe we would all do well to listen to those who came before and after us.