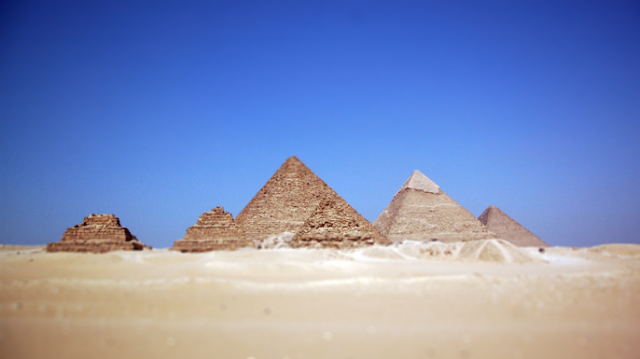 Go Ahead and Live

I’ve always aspired to be my own person, live my own life and make my mark on the world. But when I think about the kind of impression I hope I make on people, it very closely resembles the memory I have of my grandmother.

The story goes that she was working in the office of her university’s theater department when she saw a tall, lanky, young co-ed walking in the street in front of the office. His nose was in a book and he had no notion of the cars zooming dangerously around him.

“I have to stop that idiot before he kills himself!” She declared to her co-workers before running out to save the bookworm from oncoming traffic. And that was how she met the man that would become her husband and my grandfather. I didn’t know this story until it was shared at her memorial service after she passed away. It didn’t surprise me.

My Nana lived to be 94. She was married to my grandfather for over 60 years, ’til the day he passed on, just a half a year before she did. She was smart, willful and opinionated. She knew about art and fashion, dance and theater. She lived through the Depression, several wars, the golden age of cinema, the beginning of television, assassinations, natural disasters, the invention of computers, the moon landing and so much… life!

When I think about how much the world has changed in my lifetime, I’m often rather astounded. So then when I try to put myself in my Nana’s shoes, I simply can’t imagine it. She had the benefit of nearly a century of living. A century of observation. But beyond the years, she had so much life experience. She was one of those people who lived full out every day. She lived deliberately. And as such, she had accumulated hundreds of thousands of days well lived – days never wasted but always full of adventure and purpose.

Well, I suppose I can’t say for sure that she lived each moment of her life with the confidence and wisdom that I saw from her as a grandchild. But I always got the impression that she had been outspoken and precocious her whole life, and was never one to settle for less or back down from a challenge. She just had this light inside her. You could tell just by looking at her that she would never let fear or worry get the better of her. She had high ideals and she believed in them fully. When I was a teenager, I would see that in her and my heart would ache with jealousy. I wanted that confidence. I wanted to be just like her and have her spirit.

Try as I might, I haven’t quite mastered it. I have often let fear and doubt get the better of me. I try to have conviction in the work that I do, but often, I know that I’m just faking it. I struggle with my confidence and I don’t really feel certain of what I want out of life. I suppose that as my twenties are winding down, I’m entering a new chapter of life and that may have something to do with my uncertainty… but I don’t want it to. I think about Nana and I know that age should never deter you from living with purpose. It certainly never slowed her down!

My grandparents knew about literature and art and most their house was basically a museum of art work. But not stuffy, imperial pieces – they had an eye for indigenous art from native Africans and American Indians. The rest of their place was mostly dedicated to books. They loved books. All kinds of books of course, but mostly fiction and theater scripts. They were story-tellers and the stories written by authors they admired were just as prominent as the paintings and sculptures they collected. In their house, all art forms (so long as it was good, genuine art) were treated equally. I want that quality in my house someday.

My Nana wore large turquoise jewelry that would easily seem over the top on most women, but suited her just fine. She had a style all her own. So different from the grandmothers of my friends. All her one-of-a-kind jewelry wasn’t dainty or demure; it was bold, it was unique and weathered. It was strong and striking. It resonated, just like her. It was also timeless.

She and my grandfather traveled the world together. They were fortunate enough to do so – they had the means and they had mostly good health. They literally traveled to every continent during their lives and saw all the wonders of the world. I often think of her when I am boarding a plane and my fear of flying begins to overtake me. If Nana could fly across the world and back again, why can’t I?

My Nana knew who she was and she never apologized for that. She learned everything she could. She kept an open mind and unwavering respect for people. She cultivated interests and hobbies. She stood up for what she believed in and questioned the things she didn’t. She loved life, and found joy in all her experiences, both big and small. She once even told me that there are few things in life that are quite as nice as drinking a coke on a hot day!

So, why am I giving you a history lesson on the life of my grandmother? I guess when we think of success and an accomplished life it’s only natural to think of those people who won awards, made history or were adorned with medals. But when I think of the culmination of an ideal life, a determined life and a successful life, I can’t help but think of my Nana. That inspires me. That reminds me that even a small life, valuable, but small, can be the most inspiring if lived to the fullest. And I hope, that by sharing my inspiration, will inspire you too!

When I’m at my best, that’s when I can really be of service to other people.