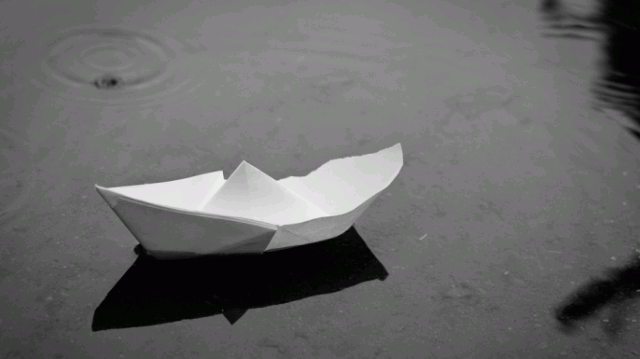 Healing the Wounds of Incest: Part One

I don’t have dreams about sex with my father anymore.

For so many years I was tormented with graphic dreams about having sex with my father in my four-poster bed. Every morning after one of those awful nights, I would walk through the day shrouded in unbearable shame. I couldn’t understand what was wrong with me. Why was my brain so sick that it could produce such repulsive images?

Three years ago after a particularly rough couple of months filled with suicidal thoughts, I started therapy. In addition to my deep depression, I was battling overwhelming amounts of anxiety.  Riding through New York City, I would look out the taxi window with a thousand fearful thoughts rolling around. My thinking was cloudy, muddy.

After a solid 9 months in therapy, horrible flashes of memory began to emerge.

“Come sit on my lap, Jincey,” my father called out to me when I was around 10. I sat down on his legs in a chair in the living room. I loved him so much. He was funny and sweet. He stroked my hair, and I hated when he did that but that night he seemed sad, so I let him do it without complaint. I laid back on his shoulder.

“You know, pretty soon you won’t want to sit on my lap anymore,” he said.

“No, Daddy! I’ll always want to sit on your lap!” I couldn’t stand the idea that he might think I didn’t love him enough.

“You’re going to get older and then you won’t let me hold you like this anymore,” he insisted, while he stared into my brown eyes. He had a wounded, far-off look. I didn’t understand it. I knew I had to make him feel better; I wanted him to be happy.

Looking back at that memory as a grown woman, I became uncomfortable. It no longer seemed like a loving exchange between a father and a daughter. But why?

One day I was sitting in the bathtub, and my wife came up behind me and put her arms around my neck. I panicked and screamed at her, because in the instant that she did that, another memory came flooding back to me and it was so painfully terrible that I experienced it viscerally. I felt I was transported back in time, trapped in a waking nightmare.

What I re-experienced was hazy and confusing. I was lying in the bath naked, my father standing over me. It was daylight, and he was talking on our big cordless phone. He hung up and laid the phone on a stack of towels and bent over the tub. He dipped his hand in and poured a handful of warm water over my belly. And then I blacked out.

After that I couldn’t figure out where I was or whether the year was 1990 or 2009. I saw my wife’s face, but it seemed like I was looking at her from underwater. Her voice sounded warbled. I started to shake with fear, and I lost my breath. I was having a panic attack.

The following week in therapy, I cried uncontrollably. My therapist has a photograph of the ocean on the wall behind her. I stared at that picture while I talked to her, and I felt like I was out to sea, floating farther and farther away from shore in choppy water. Even my insides churned.

I couldn’t sleep at night. If my wife put her arms around me, I would move away. I felt suffocated by her touch. It was a familiar sense of suffocation. In fact, it was that very feeling of suffocation that began to make sense of the troubling fragments of emerging memory.

I remembered: he put his arms around me at night, and I didn’t like it.

The reason I couldn’t understand what was happening to me and why I felt I was re-living a horrifying experience is because my mind was playing out a repressed trauma. Memory is a tricky thing. It forgets things. Sometimes it forgets things on purpose.

My father put my brother and I to sleep every night, and every morning he would wake us up and drive us to school. He seemed like a dedicated and loving man – a devoted father. I now realize that in addition to caring for us, he was controlling our schedule in order to create opportunities to crawl into bed with me at night.

He knew when we were sleeping. He would come into my bed in the middle of the night and wrap me in his heavy arms. Half asleep and half awake I would try to stop breathing and pretend to roll over to try to escape. I couldn’t escape his grip.

What happened every night? I couldn’t remember.

I wanted to force myself to remember, but every time I tried it was like I had reached the end of a movie, with only a black screen inside my mind. Nothing. The tape was erased, wiped clean.

I learned that there is a word for his behavior: grooming.

Here on The Conversation I will share my struggle to come to terms with the incestuous sex abuse I suffered at the hands of my father. I’ll talk more about the psychological connections that I made, the nightmares, the rage and ultimately, the acceptance. I will explain how and why I told the truth, and what the ramifications have been for my mother and the rest of my family. I will tell you how I am overcoming the damage in order to reclaim my sexual power and change the landscape of the adult entertainment industry. My hope is that through telling my story that I can help to alleviate the shame and the pain of others, and that I can destigmatize the topic of childhood sex abuse.

In Part Two I will explain how I tried to reconcile the daytime and nighttime versions of my father.  See you soon.

If you need help with sex abuse, please contact Darkness to Light, an organization with the mission to eliminate childhood sexual abuse. You can find information at www.D2L.org.

All you need is one person, a solid force in your life, to tell you that everything’s going to be
okay; to let you know that no matter what happens they’re going to have your back and that
you can become or be anything you want.