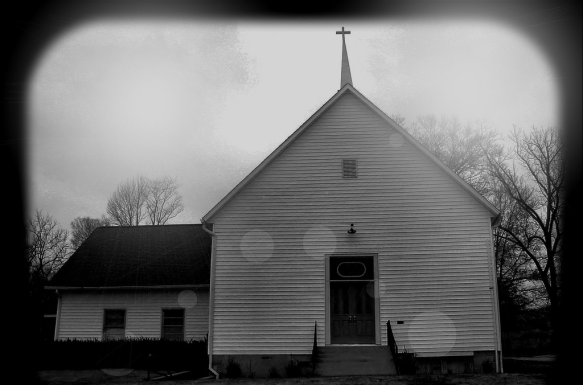 How I Became a Christian Feminist

In the Christian community I grew up in, “feminism” was a dirty word. Strict gender roles, either overtly or subliminally communicated, regulated my development as a young woman. From an early age, I knew the life plan I was supposed to adhere to: grow up, find a husband and raise children. I always knew where my place was and who I was supposed to become. And it was suffocating.

I was in church 2-3 times per week. I was taught out of the Bible every day at home in addition to church services. My father was a pastor. I served in many church ministries and was heavily integrated in that community. Lacking an extended family, church became my family. The church defined how I saw myself and how I saw the world. When everything else was chaos, church was home.

As I grew up, I began to notice things within my church’s outlook and traditions that left me unsettled. I felt guilty for thinking negatively about the ideals that were instilled in me. This was not how I was supposed to feel. These were not thoughts I were supposed to think. I tried to ignore it, believing that if I did everything required of me, I would feel better about myself and forget this worrisome doubt in my heart that said, “There must be a better way.”

Many of the things I believed about myself, God and womanhood were simply a result of incorrect teaching and wrongful interpretations of biblical principles. Some were seemingly minor incidents of overzealous restrictions that accumulated over time. Cutting comments about modesty and my clothing were frequent, and, I felt, mostly unwarranted. Bizarre statements like, “If you wear pretty underwear, you have a lustful mind” irritated me for reasons I couldn’t articulate. I grew increasingly frustrated with arbitrary judgements about not only my dressing, but also my personality. I was told that I talked too much, and my thoughts were also deemed damaging to younger members of the group. I was instructed to be silent unless directly questioned. In short, I was not the ideal conservative because I couldn’t exist within the strict parameters placed on me.

Other moments were much more damaging, and reflected some of the overall ideals of conservative Christianity that began to repel me. A pastor’s wife told me she had heard from God himself, and “His plan” for my life was not to go to college, but to remain at home under the leadership of my parents and the church. When I could not afford to attend my first semester of school, her first words to me were “I was right”. When a family branched off from our church to go start their own, my father refused to attend because they had a woman preach while her husband oversaw other areas of the church. As the oldest of my parent’s four children, I was frequently a witness to arguments in which my mother was right and knew it but acquiesced to whatever my father wanted in the name of Biblical submission.

I never saw a female role model who went to school and then had a career. Few girls who graduated from youth group ever attended university, and none moved out of their parent’s houses. All around me were smart women, capable women, women I looked up to, but nowhere could I find a woman leading a life I aspired to. They all fit the mold perfectly, and I began to feel that the mold would either break me or that I would have to break it.

I attended a small private Christian university, where gender bias was not overt but still prominent. I came to a place of crisis, where I felt that I could no longer exist in this patriarchal system of faith. I wanted to flourish, and all I had been through made me think that the church wanted to diminish what I was made to be. Finding myself at a crossroads between my life-long faith and what I wanted for my future was terrifying. It felt like divorcing myself from my soul.

So I did what any frustrated young adult does. I took to the Internet. I began searching to see if there was any place in the faith for someone like me, for proof that Christians could coexist with equality. To my great joy, I discovered a group of Christians who called themselves “egalitarians” and believed in a crazy concept called gender equality. They believed the Bible mandated equality for not only genders but all races and socioeconomic levels. I researched feminists and found out that they were not this singular stereotype of bitter man-haters that I had formerly believed in, but rather a diverse group who simply believed women were people too. I read essays from men who were passionate about equality for women in the clergy, the workplace, and marriage. I finally figured out that giving up fundamentalism did not mean that I had to give up my personal faith. My heart sighed and whispered, “I told you so.”

I transferred schools and began attending another private faith-based institution, but this one was on the more liberal side of things. I began talking about how I felt, tentatively at first. I was shocked to find a community of diverse faith traditions who accepted and affirmed my beliefs. The college pastoral staff was full of women with master’s degrees in theology or divinity, who frequently preached to the whole school. I read the Bible and theological treatises on the women in it, wrote papers on Jesus and his interactions with females. I realized that my feelings were not sinful, and that the mold I had failed to fit was in fact never meant for me.

The belief system I grew up feeling confined by still exists. It is the one more prominently associated with Christianity in today’s America. It’s not all bad, but it’s certainly not all good, either. The thing is, it’s changing. A new church is growing, one that believes Christianity is not just meant for upper middle class white men, fundamentalists and Republicans. This new church is one that is passionate about social justice, equality, poverty, hunger. It is less interested in condemning other belief systems and religions, in limiting who its members can be, and more invigorated by the idea of living out of love, kindness and concern for the things Jesus was concerned about. The church I was raised by did great harm to me, but the church I found after much searching saved me.

Today I unashamedly accept the title of feminist. It’s no longer a dirty word. Instead, it is a banner I raise proudly but that I don’t think I will ever be fully accepted in the faith community I’ve left behind. I’m moderately liberal, a vegetarian, a believer in gay rights. Most of all, I refuse to operate under an impossible set of limitations based on nothing more than the fact that I was born a woman. I have made my peace with that, though. I value so many of my experiences and still maintain many relationships with those from my more conservative background. But today, I have made peace with my faith and reconciled the parts of me that I tried to bury for so long. I am a Christian, and I am a feminist. It’s who God made me to be.