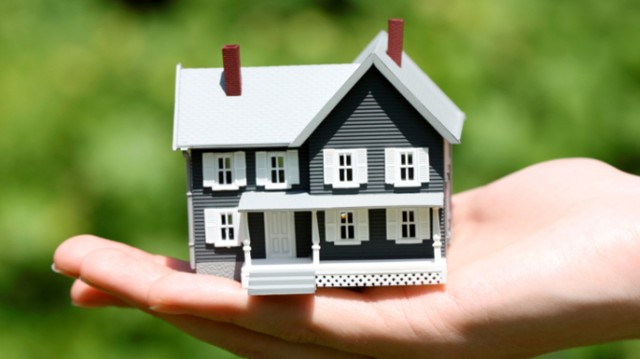 It always seems like a leap of faith to invite a contractor into your home. They become members of the family — free to wander through your life.

The Council of Better Business Bureaus reports that many of these contractual families become dysfunctional.

My particular descent into the seventh circle of renovation began with a dream of restoring an old home far from the horns, the crowds and the mysterious blue-green puddles left by the street cleaners of New York City.

But I pressed ahead with confidence because- I had an excellent architect. Jorge was experienced and South American.

Jorge, for reasons that remain unclear, bypassed many well-known contractors in favor of Chuck, whom he described as young, hungry and with a sensibility perfect for my needs. I was to learn that young and hungry means inexperienced and willing to pretend to do whatever Jorge said.

The first time I came out to the project, Chuck was there with his five kids and two dogs. His wife works and the dogs get lonely. He didn’t know the answers to specific questions, but was very good at agreeing with everything I said.

When I complained about the growing ground cover of cigarette butts, food wrappers, bottles and tinfoil swirling across the property, he said (all together now, all of you who have done construction) “It’s the subcontractors, and I’ll be sure to speak to them about it.”

As for the job itself, events followed theme. There was paint and spackle that didn’t cover nails. Jorge said it was part of the “vernacular” of an older home. The first time I turned on my new hot tub, up through the metallic blue waters came an evil grey sludge. Then there was the bath tub that drained water through a light fixture. I was to find out later that the plumber Chuck brought in came from a plumbing company named Branstead that was known in the local contracting community as “Brain Dead”.

I was slow to reach final confrontation — I saw a fine line between a hammer and a blunt instrument. Inevitably I did tell Chuck it was time to pursue other career interests. And just as inevitably, he demanded payment in full because none of this was his fault.

As for Jorge, he felt terrible about the whole thing and pledged to make it right — of course at my expense.

And then as I sat in my home-in-progress, and looked at the remaining nail heads that were heroically holding out for the vernacular, I was reading about how the downturn in the housing industry was causing great pain in the ranks of contractors.

In fact, the National Association of the Remodeling Industry had launched expanded seminars on good business practices and how to build good customer relations.

*Note: all names in this piece have been changed. Bad contractors can have good lawyers.

I’m lucky enough to have photographed this ...

I’m lucky enough to have photographed this magical human many times over the years. I have a big section of my archive that is just Keanu pics. Some we did for magazines and others are personal moments in time from our friendship of 30 years. It’s a profound experience to document someone’s life over such a long period of time. #ChosenFamily #AdeCArchives ...