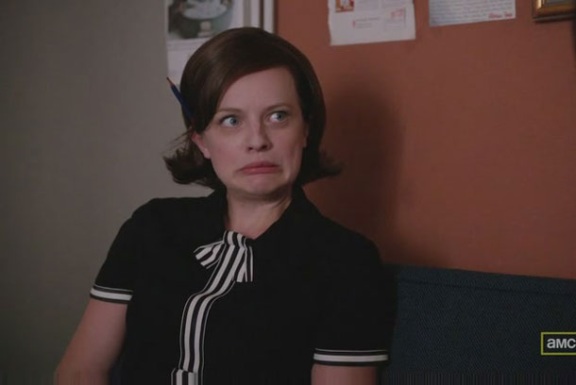 We’ve All Made Some Really Stupid Mistakes… Right?

I have made a lot of really stupid mistakes.

When I was in grade six, a supply teacher intercepted a super-mean note I wrote about her. In grade seven, I waited until 10 on a Sunday night to start a report on Amelia Earhart due the next day. I failed grade 12. I dropped out of college. I refunded $3000 to a customer who was actually just a con artist. I let $2000 worth of shirts get stolen one shift because I wasn’t paying attention. I forgot my security code and set off the alarm. I maxed out two credit cards on clothes and any number of things I probably don’t even own now. Before I dropped out of university, I took one class and wrote, “Yeah, I don’t know” on the final exam. I moved to a new city when I was broke, and got even more broke because I probably shouldn’t have moved in the first place. I went through the Arby’s drive-thru twice, and asked for “fresher” chicken fingers last Friday.

And these are only the mistakes I could think of in the last five minutes. Do I regret certain things? Yes. I wore leather pants in high school. I’d go to parties, not handle my alcohol and put myself in situations that were the making of a Dateline episode. I insisted on having HBO last year when I could only afford to eat Chef Boyardee from the dollar store. (And I didn’t even really watch it.) I ordered KFC once and got food poisoning really, really badly. I also regret choosing Amelia Earhart as my grade seven year-end report because I didn’t even really want to write about her. (No offense, Amelia – I just really wanted to write about Titanic.) But at the same time I’m grateful these things have happened.

First of all, they’ve supplied me with an endless amount of life experience, which is something entirely necessarily no matter how terrible. (And because of this life experience, I, for one, can honestly say that I will probably never refund $3000 to a person again, or use my line of credit like a bank account (unrelated).)

Second, I will always have a story about me screwing up that will one-up how badly you’ve screwed up, which will make whatever crisis you’re facing a little less daunting. Case in point: if you come to me, upset, saying that you got busted calling in sick when you actually went to the cottage; I tell you that when I worked at Future Shop, I ran into my manager at the movies after telling them I’d been in the ER with a sprained ankle, and then couldn’t call in sick without a doctor’s note for the remainder of the time I worked there. (And once I had strep throat so bad that I came into work and lay down in the DVD aisle because they wouldn’t let me go home.) Or you tell me that you’ve bottomed out, and I tell you that in January I ate Kraft Dinner out of the pot, drank wine out of the bottle, took Gravol to sleep and cried in bed – simultaneously – when I knew I was probably going to have to move back home.

And I wouldn’t trade these mistakes for the world. True, despite learning that procrastinating leads to all-nighters and stress-eating bags of Hershey’s Kisses I will never stop doing it (and I still don’t remember my old security code), but those other bad calls – those moments when everything seems like the end of the world – are just the material you need for your next chapter. As far as I’m concerned, perfection is boring and we can’t relate to it for a reason. We’re better people for doing the things that were so stupid that we honestly can’t believe we’re not part of a hidden camera reality series because we get to grow, learn, and change. The more you screw up, the less you run the risk of stagnation – provided you take something from it other than learning how not to get caught the next time (because that’s something you’d hear from a criminal on a Law and Order episode).

So screw up, make mistakes and be grateful for them. Because at the very least, you will be able to one-up your friend who accidentally sent a text to the person she was texting about. (Since maybe when you did it, it was an email to your boss – and you’re still here, right?)

It’s a weird inner battle between this wish to be authentic, and then wanting to be a little bit
more perfect.