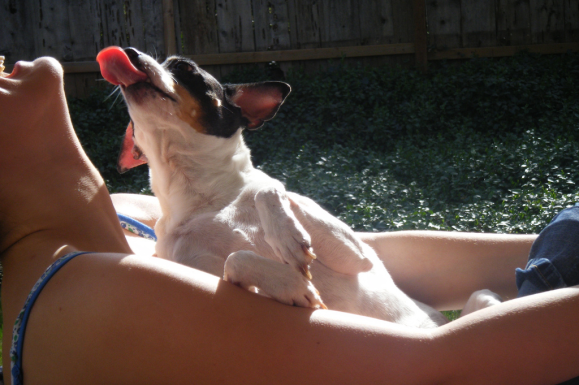 I’m at a stage in my life where I am valuing the community and closeness of my friendships more than ever before. I don’t know if it’s a unique condition to womanhood, but I always feel more secure if I have my tribe around me. I love the natural ebb and flow of relationships. I love being able to walk back into a friend’s life after not having seen them in a year and just pick up right where we left off. I love the support and the challenges provided by my wonderful circle.

However, there’s something I’ve found a little bit more difficult to value in my friendships. As I grow more passionate in my beliefs and values, it’s been hard for me to acknowledge that not all of my friends view life through my lens. What’s even more important for me to grasp is the idea that this is how it should be.

Maybe it’s just because I love the people in my life so much, and I have equally strong feelings about what’s right and wrong, and I expect the two to collide and flow together without any disruptions. I’ve found myself in situations where sensitive topics are being discussed, and I just can’t fathom why on earth this person who I love so much wouldn’t believe in the same absolutes that I do. I’ve had to manage my frustration level, step away from the conversation, or just boil over inside while silently smiling and nodding.

When I reflect on it later, I’ve been even more steamed about it. Whether it’s politics or religion or general common sense, I’ve been holding resentment towards my friends when they dare have a difference of opinion. At first, I was upset not with them, but with the state of the world, that not everyone knows right from wrong.

Then I realized just how childish that was.

I firmly believe that my morals and values are the ones I want to stand by and hold strong to. My opinions matter to me, and it’s important that I state them where appropriate. But the sheer stupidity of my frustration at friends for not having carbon copies of my moral compass was astounding. I love them, not because they are exactly like me, but because they are so different than I am. My closest friends come from such a variety of backgrounds and ideals and personalities, and I treasure that in each of them. So why should I expect us to all believe the same way?

I want to be challenged in my relationships. Debate and disagreement are healthy, and that’s what I’ll be facing my entire life. Knowing when to walk away and when to gracefully bow out of the discussion because I value the other person too much to push harder is just as important. My friends are worth so much more to me than doctrine and dogma, and they consist of so much more than that. Whatever our differences of opinion, what remains is valuable and worth protecting. If I were friends with a bunch of people exactly like me, I’d go insane. I’m living in a kaleidoscope friendship tribe, and I wouldn’t want it any other way.

It’s like carrying around a loaded gun; the sexuality that nobody preps you for.