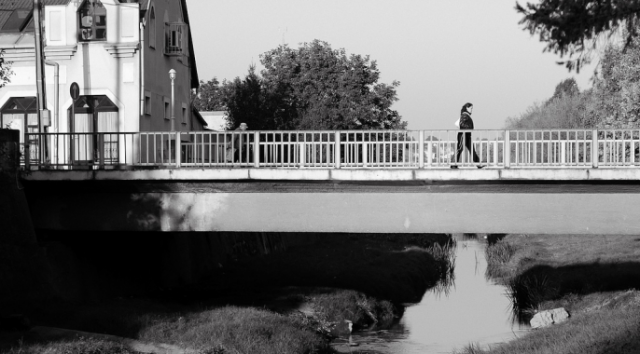 When’s the last time you were jealous of someone else? Did a friend of yours (or worse, an enemy) get a promotion, while you feel stuck in your current position? Did your cousin get engaged, while you’re still sleeping alone in your twin bed? Maybe a friend of yours started making a lot of money, while you’re trying to figure out how you’ll pay for rent and dinner.

Now here’s the real question: what did you do about that jealousy? Chances are, you tried to forget about it, push it out of your head and pretend like it never happened. Good friends don’t get jealous. Happy people don’t feel envy. Women are too often negatively (and unfairly) portrayed as overly catty, bitchy competitors and we certainly don’t want to look like that. So we push aside our jealousy.

But what if we didn’t bury our jealousy? What if, instead of giving our jealousy the silent treatment, we tried to start a conversation with it? What if we looked our jealousy in the eyes and tried to figure out what it wanted to tell us? The truth is, our jealousy can teach us a lot if we’re just willing to listen.

Ever since I was a teeny-tiny child, I wanted to write. It’s what I did all through elementary and high school and it was my major in college. And yet, when I graduated, I stopped writing. Writing, as it turns out, is hard and it requires a lot of flailing and failing. So, aside from some quickly abandoned blogs and sporadically updated journals, I quit writing. This was okay, I told myself, because I didn’t really want to write anyway. So I didn’t write. I thought about writing and I talked about writing, but actually writing? It just didn’t happen. Instead of writing, I read a lot. I spent a lot of time on the internet and at one point I actually voted for an American Idol contestant. Clearly, it was a dark period in my life.

My preferred activity, though, was internet stalking people who were more successful than me. My Facebook page provided me with a window into the world of people who were actually doing things with their lives and I couldn’t have felt more miserable about what I saw. There were former classmates of mine getting published, getting jobs and getting attention, all while I was doing nothing but logging in some serious couch time. I felt the sharp twinge of jealousy and tried to ignore it. As much as I tried to ignore it or placate it with reality TV, the twinge didn’t go away.

I could’ve buried the feeling deep inside, where I wouldn’t have to think about it and I could just go on with my life. And that’s exactly what I did for awhile, until I realized that my jealousy was trying to talk to me. I just needed to tune in and listen.

Why did I feel so terrible when I saw someone succeed? It wasn’t because I was a bad person. It certainly wasn’t because I wanted anyone else to fail. My feelings had nothing to do with other people and everything to do with me. What my jealousy told me was that I wasn’t trying. I wasn’t writing at all. I was deliberately avoiding working on anything because I was afraid I might fail. When I saw someone else succeed, it illuminated my own inactivity in bright, bold Technicolor. No wonder I felt so awful! I knew, deep down, that I wasn’t doing the work I was supposed to be doing. My jealousy was actually trying to help me by forcing me to zero in on what my life was missing.

Here’s the crazy, unbelievable thing that happened when I started writing again: the jealousy went away. It doesn’t even matter that I’m often getting rejections, or that some nights I just stare at my notebook for hours. As long as I’m working, I feel better. I’m actually happy for other people now, and not even in that fake way where I force a wavering smile and coo, “I’m soooo happy for you!” while balling my hands up into tight little fists. Now, if I start to feel that way, I know what it means. It means I need to redirect my focus back to work. My jealousy is like a tough-love coach; it keeps me on track, even if it has to scream and shout.

The next time you feel an attack of envy coming on, don’t ignore it. Dive into it and examine exactly what’s going on. Are you jealous your friend scored a great new job? Maybe you need to polish up your resume and start looking for a job yourself. Are you jealous because of all those Hawaiian vacation photos your old roommate posted on Facebook? Maybe you need to plan a trip, too. Jealous of your friend’s healthy relationship? Maybe you need to ask some questions about your own. Whatever it is, challenge yourself to be honest about your own feelings. It can be a little scary, but what’s the alternative? Spending a lifetime trapped in bitterness? Being jealous sucks, but being unhappy is a hell of a lot worse.

Kerry Winfrey lives in Columbus, Ohio where she writes, reads and eats a lot of sandwiches. She writes for Hello Giggles and on her blog Welcome To Ladyville. Follow her on Twitter.

No one’s opinion is going to change me. I’m still going to be me.