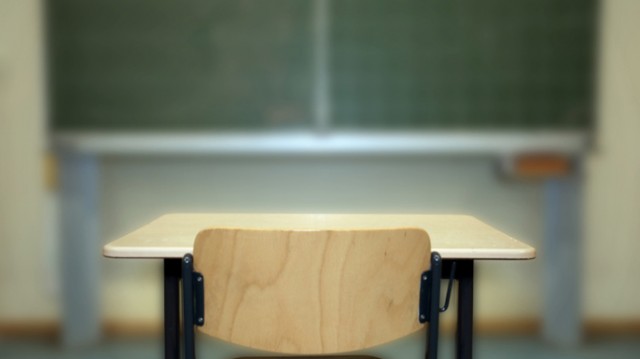 Over the last year and a half I have noticed some really interesting shifts in me, perhaps it comes with entering my late 20s or perhaps it’s because I am feeling that there seems to be a huge shift towards conscious and mindful living in society. Either way I have been impacted significantly.

What I notice is that on this journey I’m taking, I have become much more introspective, pensive and thoughtful. My mind is quieter, I have slowed down and have become more of an observer. My life has felt much richer as a result, things have felt more challenging and I have hurt more in the last few years than I ever remember hurting but through that darkness there has been such a growth, so much strength and I feel much more serene and happier.

Whilst this has been a very personal journey, I also have been pondering about the idea of making sure that we are really sharing with each other the steps we are taking and the light that we are finding on our individual journeys. We can help to inspire each other and share the things that we have learnt. The more we can teach each other the more knowledge and experience we all gain.

So I want to try that with you lovely readers of The Coversation. In the comments sections below this article, let’s all write about the important lessons we have learnt so that we can all help to carry each other as we face the peaks and valleys of life. After all we are in this together.

Becoming more aware of the Ego.
This was a huge one for me. At first, just because this is my ‘way’, I thought of the Ego as a bad part of myself and that the goal should be to eradicate it. This is almost impossible and the more I tried to fight the Ego as something I was ashamed of, the more it would dominate. So I let go of that idea and decided that I wanted to become conscious of when I would make decisions, draw opinions, make judgements or have emotional reactions from a place of Ego. At first the majority of thoughts and emotions I was having was based in the Ego, which wasn’t surprising. I’d make silent judgements and outward decisions that were to serve my Ego and it became apparent that I was just filling a void that would soon empty again. I was starting to get closer to understanding how the Ego worked and how it ultimately made me feel.

Since starting this journey of being more aware I notice that I am at a place where the Ego is much less present in my everyday comings and goings. I feel so much happier, I am a much more loving partner and friend and life got a lot easier and more simple. That void seems to have disappeared and I feel like I am making really beautiful choices in my life. Happy thoughts, Happy heart, Happy life.

Go Within or go without.
I had a very trying 2012, in fact in my darkest moments of last year I couldn’t even fathom coming out of it. I was going through a very painful, humiliating (and somewhat public) breakup and in the middle of dealing with my heartbreak and trying to move out of the house I had shared with my ex, I realized it was all too much and I needed my Mum to help me through it. So I flew her out to be with me.

My Mum who has dealt with Schizoaffective Disorder her entire adult life (a mental condition that deals with psychosis and mood swings) just wanted to take care of me but something happened that we both weren’t expecting, she had a very bad episode, which is something that hasn’t happened to her in many years. I had just started seeing a therapist at the time and the combination of opening up old wounds, having my heart broken and experiencing this with mum really stripped me bare. It was the darkest yet strangely most rewarding few weeks of my life.

I now recognise what an incredible gift it was. It brought me much closer to myself and I was forced to go within. I had to find the little warrior inside again, find acceptance, self esteem, forgiveness, trust, courage, determination and love. I learnt the greatest of lessons that we cannot find true sustenance from external things, it all comes from the immensely deep well that resides in each and every one of us.

The Year of Magical Thinking by Joan Didion

Over the last year and a half I have noticed some really interesting shifts in me, perhaps it comes with entering my late 20s or perhaps it’s because I am feeling that there seems to be a huge shift towards ...

Teresa Palmer, who was named one of Australia's 'Stars of Tomorrow' by Screen International in 2005, first caught the attention of audiences with her leading role in 2:37, which screened at both the Cannes and Toronto Film Festivals. She was nominated for Best Actress for this role by the Australian Film Institute. Palmer will next be seen in Warm Bodies with Nicholas Hoult and John Malkovich as well as Love and Honor with Liam Hemsworth. She recently starred in Wish You Were Here starring alongside Joel Edgerton and also recently shot Terence Malick’s Knight of Cups with Christian Bale as well as Parts Per Billion with Josh Hartnett and Rosario Dawson. Her additional film credits include Michael Bay and Steven Spielberg's I Am Number Four; Take Me Home Tonight with Topher Grace; Walt Disney Pictures’ The Sorcerer's Apprentice with Nicolas Cage; Bedtime Stories with Adam Sandler; December Boys with Daniel Radcliffe and Restraint with Stephen Moyer. Palmer was awarded the 2011 Australians in Film Breakthrough Award and has also segued into working as a director, writer and producer. She started a blog called Your Zen Life with her friend, actress Phoebe Tonkin. Palmer was born in Adelaide, Australia.

More From Teresa Palmer view all

Hold on to the love, not the loss.