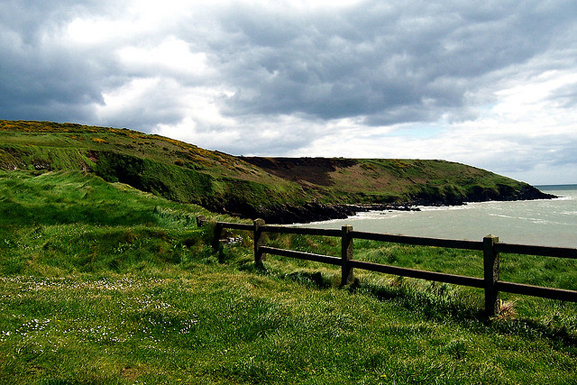 Life in the Country

I found the real me in the country. Who would have thought? Growing up in suburbia I once told my parents I found the sight of fields and trees depressing and would never live in the country. Yet here I am, surrounded by fields, trees, the whole big nature thing.

I moved to rural Ireland (and I mean rural!) when I was eighteen, a world away from Essex, where I grew up, yet only an hour away by plane. I found being a teenager particularly hard and battled against depression and low self-esteem, self-harming and cutting myself off from people that loved me. A lot of the time I threatened to run away and suddenly we were. I admit I was filled with trepidation on move day and there were tears as I boarded the plane. At eighteen of course it was all about me. You think learning to be yourself is hard? Try learning to be yourself somewhere else, especially when that somewhere is a different country and, ‘the sticks’.

Things are very different in the country, in a different country – culture shock is an understatement. But, despite my reservations about the trees, fields and my social castration it’s alright really. In fact I like it quite a lot. Once you get used to the cow smell.

I’ve taken up new hobbies; walking and cycling. Both for pleasure and necessity, if you can’t drive and need to escape for a while you better remember how to ride that old bike. This led to my discovery that exercise is fun! This might not be a revelation to some of you, but to me it was. I can go out and walk about for a bit and I’ll lose weight? And feel happier? Battling the BMI (Body: Massive, Insoluble; Big Mountainous Individual?) one day at a time this was an epiphany.

The sight of me ‘improving myself’ is I imagine quite hilarious. Walking round here, in the Irish countryside, is like an X-treme sport. What with the speed of vehicle and propensity to drive like lunatics, it’s advisable to have an emergency team on stand by. But X-treme walking wasn’t enough for me, the adrenaline junky, oh no. So recently I decided to start cycling.

Genius. Just what I need, the opportunity to remove my tenuous grip on the earth by putting myself on two wheels. My logic for this was that at least being on the bike I have some status as a vehicle, failing other road users respecting this, I can peddle voraciously into a bush to avoid being run over.

When I’m not narrowly avoiding cows down a country lane you will often find me mixing with the locals. Mixing drinks usually, in the local pub. The pub is an institution here. Sat opposite the Church (the only two necessities in a village) it’s not uncommon to see parishioners popping in before mass and again after.

When I first turned up and perched myself on a bar stool in my skinny jeans I’m sure the locals were wondering which planet I’d come from. Fashion here is functional – heels are no use in a field. With age though I’ve also learnt to be happiest you have to be yourself.

Friends are a big part of my fashion choices. They inspire me and give me a frame of reference for my own sartorial choices so moving away meant I was a bit adrift clothes wise not confident enough to express myself through fashion without them to back me up in their own weird and wonderful outfits – which for me may well mean watermelon earrings and a tutu (I own both of these).

Over time though I’ve realised; wear what makes you happy and don’t care what anybody else thinks. My wardrobe might not be quite “country casual” but at least I give the locals something to talk about and everyone certainly knows who I am.

Life is simple here and that suits me. The same families live in the same houses (often next door) always have and always will. Everyone knows each other, and each other’s business. And now so do I. Something clicked recently after living here for five years, it’s like I’ve finally fit in. I’ve become part of the furniture, all be it a brightly coloured piece of Topshop furniture in a beige living room.

Featured image via k.alex.bab on Flicker

Kate is a young freelance writer originally from suburbia but starting to make her way in the country, back at home with mum, dad, a sister and three chickens. She writes about crafts and culture - particularly relating to women. She watches far too much TV and her jumper collection is getting out of hand! Follow her on Twitter @_KateMate

More From Kate Bellamy view all