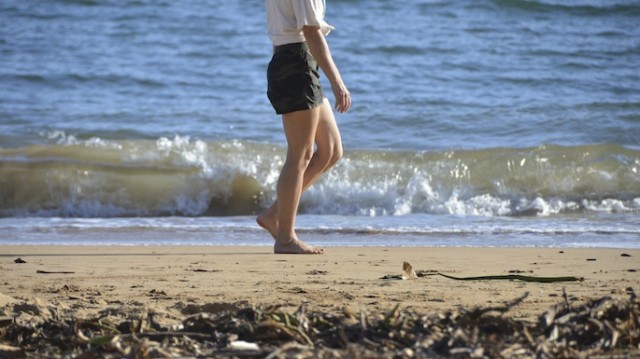 Life Lessons We All Need to Learn, No Matter Our Age

I am turning 26 years old soon, and I feel a little more grounded right now. I feel level headed and strong and focused and sure—things I have never really felt before. Sometimes while reminiscing, I catch a glimpse of my younger self and I desperately wish I could go hug her. I want to hold the girl who held her crying little brother on the worst day of our lives. I want to hold the girl who sat against her front door clutching her chest when her ex-boyfriend broke up with her…again. I even want to hug the girl who just last week checked the mail and saw an invitation to her not-anymore-best-friend’s wedding addressed to another resident of her household.

I just really need a lot of hugs, you guys.

But things are really okay right now. And for years now, I have anxiously awaited getting older. Even though it really scares me, I knew there was something definite on my horizon. I knew that I would feel more stable and sure of myself as I got older. It has always been the case, and I couldn’t imagine it happening any other way. I knew the right man would come along and meet the requirements I always thought I deserved. I knew I would take the right steps toward a career I really, really want. I knew my relationship with my mother would recover. I knew it all. And I’m only 26, so imagine what else I am going to learn as I get even better. Even older, and more mature and prettier. (Well, I can dream!)

Learn to ask for help when you need it.
Being an individual is really quite important, but the capability of working with a team is even more so. No one will consider you weak if you admit when you need help. It took me 24 years to say that sentence aloud, but I finally learned that it is okay to lean on others as much as you allow others to lean on you. Try saying it out loud: “I need help.” Start small.

Know when to let go of a friendship.
I used to be inseparable best friends with the aforementioned girl. As some friends do, we drifted apart. The night I found out she was engaged, I was a blubbering, insufferable mess. I even surprised myself with the bunch of pent up emotions that came pouring out of me. I never stopped crying that night, knowing I would not be a part of this huge piece of her life. We were going to be one another’s maids-of-honor. It could easily have been one of the saddest nights of my life, until I received a text message. It was from a girl I have known not since childhood, but since my coming-of-age. A girl who let me live with her when I had nowhere to go. A girl who asked me to ordain her wedding, because I was who she wanted next to her at her wedding. She reminded me, without even meaning to, that I am soaked in love. With or without my old friend. It took until I was 25 years old to realize that old friendships die hard. Let it go.

Don’t settle for the wrong person.
I was always a girl that went for the troubled boys. You know, the ones that need someone to listen to them, and push past their rough exterior, and…well, I liked to work for it. And then I met someone who wasn’t like that. Someone that wasn’t a boy at all, but an actual man. A guy that holds my hand in public, and kisses me too, and tells his friends about me, and meets my friends and tells me I am pretty, and brags about my writing, and he doesn’t have a girlfriend in another country (been there), or a severely complicated relationship with Christianity (done that), or the ability to sleep with me and manage to insist that’s what friends do when they are emotionally jacked (god, how did I do all of that?). And it all clicked. You really don’t have to settle. Good things come to those who wait, and sometimes they come in an attractive and open and hilarious package of a man. I learned that when I was 25 years old too.

Love yourself exactly the way you are.
I used to weigh myself multiple times a day until I realized that I didn’t care about that number, and that that number didn’t matter because some days I felt like Beyonce, and some days I felt like a farm animal. And I have both days still, and now I have no idea what number to assign to it because I hate numbers anyway, why would I let it define me? I learned that when I was 25 years old. It’s been quite a big year.

Be confident in yourself.
When I was little, my mother’s mother told me that my opinion was wrong. I looked her straight in the eye and told her that, by definition, opinions could not be wrong. Twenty years later, I still look people straight in the eye when I stand up to them. It is one of my favorite pastimes—defending myself. If you don’t, who will? I learned that when I was six years old. Thanks, Mom.

Other things I would like to pass onto you: it’s okay to say “thank you” when someone tells you you are pretty; it’s admirable to defend other people, even in uncomfortable situations; tell your parents you love them; liquor before beer, never been sicker? Wait, I haven’t learned that one yet.

Happy Birthday to Me!

I’m being more and more who I am and discovering who I am–versus trying to be something.