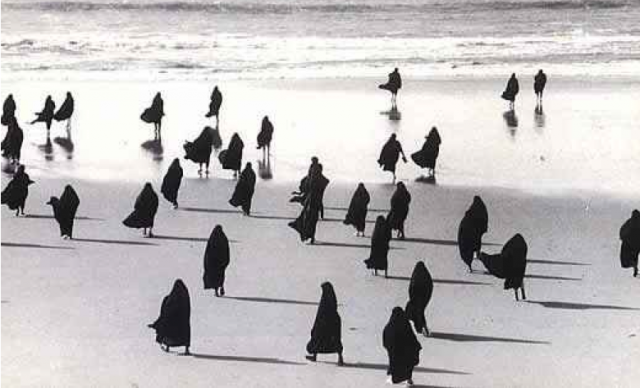 Mozlem is the New Black – I Mean African American

Against all hopes and to my very chagrin, I am finally conceding and will agree that the following is in fact the case: In this post 9/11 world and in the current political climate, it is harder to be a Muslim in western society than it is to be a black person.

As an individual who visibly fits into both categories, I should know, right?  Yet I implore you not to trust my assertion alone.  Allow me to describe in detail a real life experience which I had a few months ago and take what you may from it.

I was going in for a checkup at the doctor’s office dressed in a skirt and hijab.  It was my first time at this place since my insurance changed, which meant I drove 35 minutes out of my usual neck of the woods to get there.  When I walked into the office, I looked around before approaching the front desk; the receptionist did not look up or indicate that she had acknowledged my presence.  I pumped some of the sanitizer situated in front of the glass into my hand and rubbed my palms together while I waited for her attention.  It seemed that the paperwork had become more interesting to her.   Realizing that I was barely early for my appointment as it was and thinking that I better not waste any time, I decided to be the first to speak.  “Hi!, I’m new. Am I in the right place? What forms do I need?” She dryly gave me a pen and clipboard with three sheets and said, “You can fill these out.”

After filling out the forms, I waited for my name to be called, as did half a dozen others in the reception area, none of which made eye contact with me.  A toddler with blue eyes had been running from one end of the room to the other but stopped suddenly in front of me and stared openly.  “Well, hello there!”, my kid-loving self offered to her with a smile.  I attempted to identify her mother to perhaps strike up a conversation but none of the women in the area would look in my direction.

My name was called and I felt relief at the prospect of leaving the waiting room.  The receiving nurse said that I should have returned one of my forms to the receptionist as she hastily did so for me with an accompanied sigh.  I apologized and let her know that I had not been told that, to which she made no reply as she led the way to the examining room.  I noticed that when we left the waiting room, the woman who was sitting closest to me called out to the toddler by name.

It was alone in the examining room that I took off my outer garments, comprised of a blue duster and headscarf, and awaited the (female) doctor.  The receiving nurse entered first and did a double take upon seeing me.  “Oh”, she stammered, “I thought…” her eyes found the scarf that had been on my head folded in my lap yet she still couldn’t seem to piece it together.  I confirmed it was me and said that I was still waiting for the doctor.  Recomposing herself, she made chitchat as she prepped the room and did the normal tasks assigned to her in this situation, exuding more friendliness toward me as the time went on.

When the doctor entered, we quickly established a rapport which was maintained throughout the examination.  She seemed to be impressed with the questions I asked and appreciative that I was invested in my good health.  When the examination ended, I started to redress myself while the doctor finished up the paperwork.  By the time she looked up again I was back in my duster and hijab, still in my cinnamon-colored skin and still smiling.  Within moments, the entire feel of the room changed and the doctor became markedly different toward me – no longer looking me in the face, hurried and dismissive – yet maintaining professionalism.  She handed me the script and excused herself, saying they’d take care of me at reception, in such a way that made her previous amicable manner seem imagined.  On the way home, I thought more about what had happened.

The entire waiting room and the doctor had clearly been negatively affected by my Muslim appearance, but what is puzzling is why.  The doctor at least had surmised that I was an intelligent, friendly young woman, so how could a piece of fabric change that perception within seconds?  Did she feel I had unnecessarily tested her, that I had tricked her?  But tricked how – tricked her into believing a Muslim can be a normal, likeable person?

People, even the educated ones like doctors and professors, are okay with harboring dislike for Muslims because they think all Muslims hate America. Indeed, 9/11 did more damage than previously measured if bigotry and generalization of an entire group is no longer something confined to the ignorant and unrefined.

Of course, these are the same educated people that don’t realize that the vast majority of Muslims believe their religion to be a peaceful and practical approach to life and who sadly acknowledge that for various reasons, Islam is now widely misunderstood and vilified.

Westerners know how to be careful and über PC when dealing with and referring to a group such as African Americans. But go ahead and call Muslims ‘Islamists’, ignoring the fact that the term is unheard of for cousin-in-faith Christianists or Jewishists (absurd, right?) – even though history tells us that both group adherents have done some shady stuff in the name of religion.

Islamist/Moslem/Mozlem/Muslim is the new black — which is unfortunate, because bigotry and prejudice is something we’d do better to leave behind rather than to reinvent and reload every few decades.

Sakina Al-Amin manages an Examiner news channel and writes for CBS Local.  In between fervent reading marathons with her husband, she entertains online friends and friends online while following closely and quietly the careers of three celebrities.  She is an American recently residing in Abu Dhabi. Born Muslim.

More From Sakina Al-Amin view all