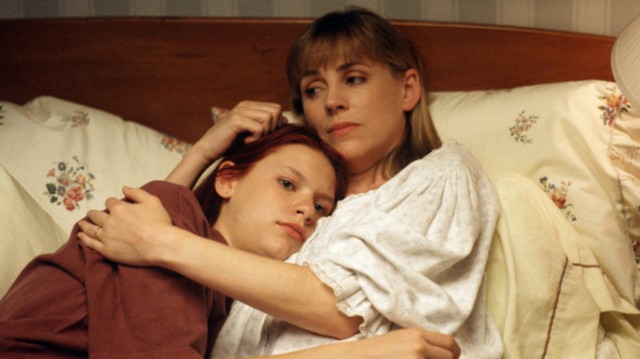 My Teenage Dreams Are Still So Very Relevant

There is something so nostalgic and comforting about setting myself up on my couch, rallying for a “My-So-Called Life” marathon. I get just as much enjoyment out of it now as I did when I was 12. (That’s a lie. I like it a little bit more now because I can watch it with wine.) “My So-Called Life” first aired over 18 years ago, when I was close enough in age to its protagonist, Angela Chase, to feel as though I was being validated. “Finally!” I thought. Finally, someone understood the tricky, often humiliating, gut-wrenching teenage angst that I was going through. Someone got it. The time frame between 12 and 18 was a tough one for me. I was fat. I was ugly. My face and body had yet to grow into itself and I felt inadequate next to nearly everyone. My constant agitation and anxiety led to a habit in which I would pull out my eyebrows. I found my balance somewhere between wanting to be invisible and wanting to be the most popular girl in school. This is, of course, not specific to me. This is the narrative of a million Angela Chase’s around the world.

Since then I have passed my driver’s test, graduated from high school and college, lost my virginity, and voted in two elections. I have a full-time job and a checking and savings account. I have a car payment and a monthly rent check that I am responsible for. I put anti-wrinkle cream around my eyes every night and sometimes my knees hurt when I get out of bed in the morning. I hate my body and my face much less than I did fifteen years ago. I feel like an entirely different person. And yet the sometimes-inappropriate emotions that I have about that show haven’t changed. I still tear up when Jordan grabs Angela’s hand in the hallway. I still get a lump in my throat when Angela fights with her mother. And I feel as though my beating heart has been ripped from my chest when, at the mother-daughter fashion show, Angela tearfully admits to both herself and the viewer that she could possibly be beautiful. This particular scene requires me to take a proverbial knee. Really. I can’t handle it.

A few weekends ago, I was mourning the fact that I cannot drink like the 22 year-old-me anymore and just wake up the next day, grab a coffee and a bagel and be bright-eyed and ready to go. I was also, simultaneously, avoiding the multiple work and school and life demands that I have, I fell into an “Awkward” marathon on MTV. “Awkward,” like “My So-Called Life,” features a young, female protagonist forced to navigate the often-hellish high school existence. I couldn’t stop watching. “This is perfect.” I thought. “Just perfect.” This got me to thinking about how we evolve and what it is exactly about shows like “My So-Called Life” and “Awkward” that resonate so much with me, despite my age putting me outside of the target demographic. I wondered if the continued connection I feel with these shows says something about my personal evolution. Have I grown up at all?

For me, one of the markers of great television or film is the ability to make me feel less alone; there is a significant amount of relief after shouting, “Me too!” at the screen. What makes both “My So-Called Life” and “Awkward” so great is how well they manage to capture so much of the messy, raw, unapologetic human condition. For a lot of us, being 15 wasn’t that great. It’s a time when you’re struggling to find your place, often panicked that you don’t have a place at all. It’s hard not to feel consumed by the search for acceptance and a need to feel as though you are heard. You and your feelings are valid. You are okay.

What so many of us are really searching for is the feeling of being less alone. We seek out comfort and companionship and a even just a moment of knowing that there is someone else out there who has thought the same thought, or contemplated the same self-destructive decision as a solution to the feeling of loneliness, or cried about the same seemingly innocuous (but humiliating to you) thing that you have. I’ve realized that I have grown up, but the buffet table of emotions that we experience at 15 doesn’t necessarily vanish as we grow older. We simply become better skilled at how to maneuver our way through these emotions that felt so bleak and permanent years ago. There is an ease in watching “My So-Called Life” or “Awkward” today and recognizing the swift poke of loneliness coupled with the desire to disappear, because what difference does it make anyways? And knowing that I’ve been there before and will likely be there again, here I am; and I made it through. I’m fine. We will be fine.

Perhaps what it comes down to, is that there is a common thread between all of us, despite how much we change, how much we evolve. Despite how much we learn and make mistakes and fumble and trip and fall in and out of love and hate and laugh, is the constant search for the confirmation that we are not alone, that we are loved, that we are legitimate. At the core, we remain the same. And doesn’t that make you feel a little less alone?