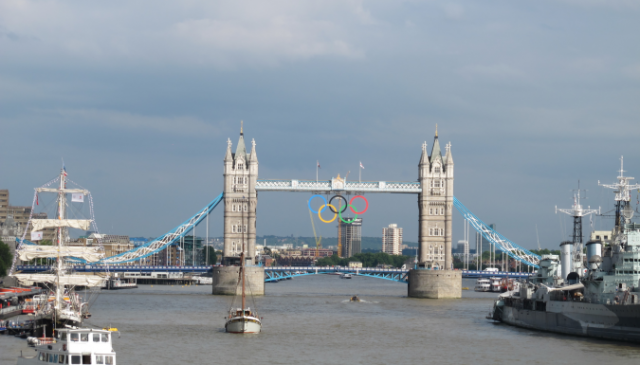 The Olympics Versus Our Natural State

It’s Friday night and I have turned down two party invitations to stay in and watch sport on TV, the rules of which I hardly understand. Yep, Olympic fever has become unavoidable and I wouldn’t want to be anywhere else. I have lived in London for nearly fifteen years and have been trying to live elsewhere for the past two years but in the last two weeks, I have seen potential in this city which I had previously thought was beyond hope. Wait for it – people are smiling at each other, offering their seats to others, engaging in lengthy, friendly discussions. The other day a trader, a tramp, an old women and a schoolgirl chatted for half an hour on the bus with each other, without a cross word – true story.

There is a school of thought which suggests a human being’s natural state is to be selfish and out for oneself, survival of the fittest and all others be damned. There are theories that this is why capitalism ‘works’ and communism doesn’t, that we thrive in small family units but we don’t fare so well when we try to make our neighbours into family, too. But I disagree. I think that our natural state is one of kindness and community. In the words of the BBC’s wonderful 2012 sustainability minister, Kay Hope, ‘I really think that.’ (If you haven’t seen it, check it out). Even the athletes, despite being probably the most competitive people on the planet, seem to have an inclusive and respectful attitude.

I’ll admit I was extremely sceptical and non-plussed about the whole thing in the lead up. The Queen’s Golden Jubilee earlier this summer had brought some sense of community to the city but celebrating a monarch’s long reign is not exactly inclusive. In fact right up until I watched the weird and wonderful quintessentially British opening ceremony on my mum’s tiny TV in Glasgow, I didn’t give a monkeys about the Olympics. But suddenly, in the blink of an eye, here was something that I had barely witnessed in this country before, real community spirit. Even the Queen had joined in with her amazing James Bond sketch. The next day I got off the train at Euston station and was handed a free Olympic ice cream. Then someone asked me for directions, which I provided and they helped me down the stairs with my bag. Something had changed. London had become, even if only for 17 days, the greatest city on Earth. My new favourite game is pretending (in my own head) that I can understand what is being said in the 250 languages which are being spoken on the tube every day…of course I am imagining they are saying how wonderful London is, and not how many stops they have and how they need a pee.

Before I get carried away…what next? How can this new found enthusiasm and passion for our city, and the sense of community, ever last? And how can we avoid this national pride turning into hubris? I met a friend in the park for lunch the other day and there were people doing circuit training who had clearly never even run for a bus before. Inspire a generation is the slogan, right now more than one generation or one demographic has been inspired – even me. Confession time: I can’t ride a bike. I had a bike when I was about 8 and I posed for photos with it, but I’m not sure it went further than that. Either way, nowadays when I attempt to get in the saddle I invariably fall off or look like a fool. But I spent 2 hours early on Saturday morning with the lovely FREE council cycling trainer, slowly learning the moves. I don’t think I’m on track to be the next Pendleton quite yet – but I never expected to even bother trying. The power, joy and diversity which these games have brought to London need to inspire us to be humble and make us work towards being better people within ourselves and then we can give back to our community.

I don’t think this is merely a case of long lost patriotism or desperation for some good news in the midst of an extremely depressing era. Some of the stories which have come out of the Olympics – the sacrifices many of the athletes have gone through to be here can’t help but make you come together and wonder at the power of the human spirit and in turn, community spirit. I’m not being naïve, and I fully expect the London to return to the doldrums as soon as the Paralympics end, but the last 2 weeks have proved that with a bit of organisation human beings love being nice to each other, we have a great capacity for kindness and respect – for inspiration and inclusion – we need a little push once in a while and then it’s just like riding a bike, apparently.

We don’t forgive ourselves enough. We are so self-critical and judgmental and have to work so
hard. Just forgive yourself every now and then.