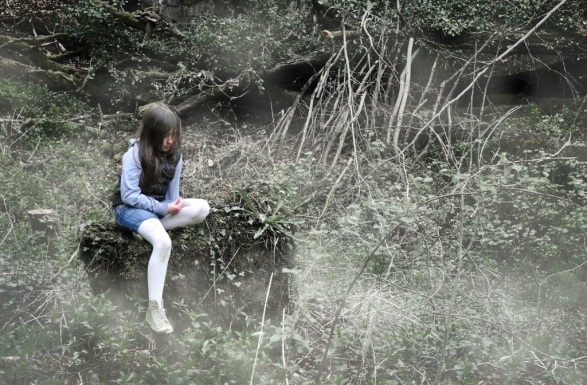 Rape Is NEVER Her Fault

LaFayette didn’t tell anyone when her aunt’s friend tried to force his hands inside her knickers. She was 10 years-old and petrified people would say it was her fault.

“There was this man in my community who people said had sex with all of his own children,” she explains. “I remember listening to the adults saying the children were responsible, that it was their fault he was doing those things. So I didn’t tell anyone. I shouted and spat at him, but I never mentioned what he tried to do. I just kept away from him till the day he died.”

I met LaFayette on International Women’s Day at a talk about sexual violence against women in St Vincent and The Grenadines. According to a 2007 UN report, this set of tiny islands in the eastern Caribbean has the third highest rate of reported rape cases in the world. For LaFayette, who is now 39 and has lived in St Vincent in The Grenadines all her life, though this is an undeniably worrying statistic, it also signifies encouraging progress. “It means finally women are becoming confident to come forward,” she tells me. “I think really that there is a lot of rape being committed but people are just not reporting it. The community has been very tolerant. Before, when a case was taken to the court the woman would be humiliated by the community. Persons might go to where she works and point, saying, ‘It happened to her.’”

Of all the disturbing stories and statistics I heard on International Women’s Day about sexual violence in St Vincent and The Grenadines, that Vincentian women and girls who have gone through the physical and psychological trauma of sexual abuse or rape, could suffer a second time through their community’s lack of understanding and compassion, is the thing that got to me the most. How could a community be tolerant of rape? How could it blame a child for being sexually abused by their father? How dare it publically humiliate women who have endured rape?

But a few days later British parenting site Mumsnet, released the results of an online survey it ran about sexual violence that reminded me that a lack of support for victims is by no means unique to St Vincent and The Grenadines. Of 1609 British women who completed the survey, 83 per cent of (the shockingly large number) who had been raped or sexually assaulted, had not felt able to report it to police. 29 per cent didn’t tell anyone at all. The reasons they gave for their silence included low conviction rates (68 per cent) and shame (53 per cent). A further 53 per cent said they felt society was unsympathetic to the victims of rape.

It seems no matter where you are in the world sexual violence goes unreported. LaFayette told me women in St Vincent and The Grenadines who have high social status, find it hard to come forward because they “think certain things shouldn’t happen to them – they think they shouldn’t be vulnerable.” Last month Ana Paula Portella, the head of a Brazilian women’s rights NGO, told me poor Brazilian women often don’t report abuse because they have no support system to give them the confidence to speak out. The Mumsnet survey reveals women in the UK blame themselves or feel there is no point reporting attacks. Women of every nationality, class, ethnicity, age and religion remain silent – carrying shame, guilt and blame, for the sexual attacks on their bodies.

Following its survey Mumsnet launched ‘We Believe You’, a campaign which aims firstly to shine a light on the prevalence of rape and sexual assault in the UK, and secondly, to pull apart the many myths surrounding rape that lead to women not reporting it. No, women don’t deserve to be raped if they dress sexily or get drunk. Yes, it can still be rape if he is your boyfriend, friend or even husband. The site has also launched a twitter hash-tag #ididnotreport to encourage women to share experiences of rape or sexual abuse or harassment that they have never reported. The response has been overwhelming – hundreds of women have written moving 140 character disclosures of child abuse, of partner rape and of date rape, as well as other ‘low-level harassment’ such as threatening or intimidating cat-calling and ‘accidental’ gropes on busy public transport.

How governments and police should go about offering better support to the victims of sexual violence is a complex question, but starting as Mumsnet is suggesting with the words, ‘We believe you’ could have given these women (now bravely coming forward on Twitter) the confidence to speak up. LaFayette believes women in St Vincent and The Grenadines are feeling increasingly comfortable about reporting abuse. I hope this is true and I hope it continues there and around the world. Because sexual violence is NEVER the fault of the victim – whether she is drunk in a nightclub in Spain, trapped in an abusive marriage in Bangladesh, or a confused 10 year-old in St Vincent and The Grenadines. It is not her fault.

I think fear of the unknown is usually what makes people react really strongly because if you
don’t know something, you get afraid of it. And when you’re afraid you don’t want to expose
yourself to something you don’t know.