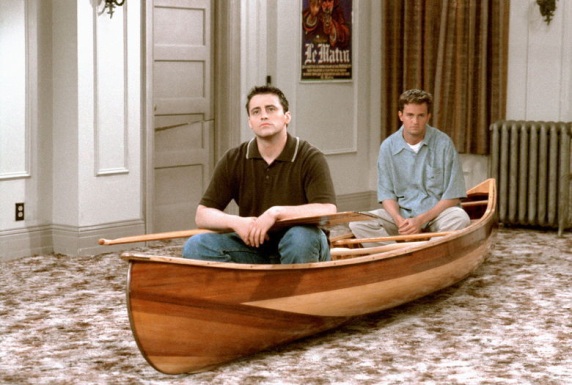 There is pee in my kitchen. No, not dog pee – boy pee. Mark pee. Some made it into the trash can he wastedly mistook for the toilet, but most splashed around the perimeter: the electric yellow run-off of a frat boy on his year abroad whose diet namely consists of Domino’s pizza and jello shooters, even in Spain.

I have a pretty eclectic repertoire of roommates (and subsequent scenes involving their bodily fluids… but that’s another story). There was Mark, the navel academy kids, a benevolent drug dealer and a malevolent Guinea pig; a feuding daughter and her single mom, a boyfriend I barely knew, a best friend I knew too well, a cabin full of pre-teen, lice-ridden campers and currently, some angry Germans.

These people have, I’m fairly certain, only two things in common: they lived with me and they didn’t always love it. The fact is, I have had problems with every single one. And unrest at home is the worst. Its the kind of tension that gives you a stomach ache when you wake up and leaves you sneaking through the front door with burglar stealth praying they’ve gone to bed. Its the sort of situation that prompts the use of phrases like “but my home should be my sanctuary” with no hint of irony.

Conventional wisdom, thanks Mom, says roommate friction could be avoided by simply rising above it. I am usually completely capable of this in the outside world, but at home, where my defenses are down, I’ll admit I’m rarely above the fray. This past week after being accused of stealing milk by the Germans, I retaliated by individually labeling my name on a dozen eggs in what I referred to as a “political statement.” Not my proudest moment.

But in the wake of such conflicts, when the mania subsides and the regret washes over me, I’m always left wondering: am I the problem? Maybe I’m the crazy one; maybe trashcan-toilet Mark and the dairy-hoarding Germans would get along great. Am I the common denominator here? Am I unroommateable?

But if I step back, in the roommateship that matters most, the one with my boyfriend (yes, the one I barely knew when he moved from Sweden to New York, into my life and my apartment) things have been going great for more than a year. So what makes it so vastly different? Its not that we never fight – we both think we do the dishes more and that it is the other’s turn to do the laundry. What I think facilitates the sustainability is commitment. Moving in with a significant other is an act of commitment not just to the other person but a commitment to communicate: a promise that household chores aren’t going to be our undoing.

For some reason, whether out of financial desperation, 20-something shortsightedness or because “everyone else is doing it”, I have been far more nonchalant in selecting my roommates. And therefore, when things go sour, I see little reason to make the often painstakingly awkward efforts to repair them: to call it “milk under the bridge” with the Germans, or tell Mark how it makes me feel when he urinates where we eat. My boyfriend and I can’t go to bed with unresolved arguments so the end of the day inevitably brings with it a resolution; the same should go for roommates, even the ones from Craigslist. They might not always seem worth it, but your peace of mind is and that can’t happen without peace on the home front.

Maggie Murphy is a Sarah Lawrence College grad and Brooklyn resident, currently completing a Fulbright grant in Argentina.  When not doing menial labor in exchange for green paper she is usually making podcasts, toast or plans to live on a farm and scribbling it all down on her blog, (which, yes, you should probably visit immediately.)

More From Maggie Murphy view all

I used to think that if I wasn’t perfect no one would love me. Part of working on myself and
researching myself and knowing what my first two acts were about gave me the confidence to
feel that we’re not supposed to be perfect. God is perfect. We’re supposed to be whole; and I
have struggled to become whole.