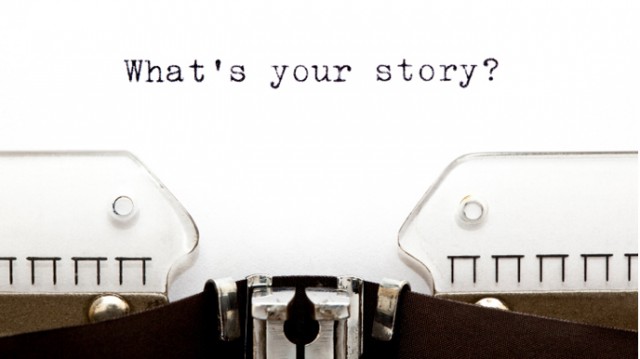 I’ve always believed in the power of narrative. Stories are how we understand each other and the world around us. Our brains absorb information from the world around us in the form of narrative — we remember, we think, we imagine in the narrative. Because story is central to our humanity, I believe that we each have a stake in controlling it, especially when the story is about us and the ones we love. If you have the story, you have the power, and when we tell our own stories we are all empowered.

Recently, I’ve been given a platform to be able to tell my own stories. As an editor for {Young}ist, a young people powered media startup, I edit the work of folks writing about the youth movement, and write about it myself. It’s collective, intentional, critical work, and I’m empowered by it, particularly as a young Black woman. The network of youth activists that I’m plugged into is passionate about the ways in which media can act to build youth power in solidarity with different kinds of social justice movements — and so am I. But it wasn’t always this way. For me, it’s been a journey to making the linkages between narrative, stories, media, and power.

As a child, I thirsted to read anything that reflected the world that I knew and was truthful to the experiences that shaped me. Put simply, I wanted my existence to be acknowledged at the cultural level. I wanted others to bear witness to my truths, as I had acknowledged theirs because their stories fit into the mainstream. I learned at a young age that certain narratives are more acceptable, or perhaps consumable than others. I sometimes think that this was why I knew I wanted to be a writer from a young age — even before I was politicized, I knew instinctively through my lived experience as a woman of color that it can be a radical act to tell a story.

In 2009, one of my favourite writers, Chimamanda Adichie, expressed feeling similarly during her childhood growing up in Nigeria in a well known TED talk titled, “The Danger of A Single Story.” She recalls writing stories whose characters were “white and blue eyed,” and “ate apples.” Adichie grew up in Nigeria where the people were not white or blue eyed and ate mangoes rather than apples, but she wrote stories that replicated the whitewashed narratives she consumed as a child. Later, she would live with a roommate that had stereotypical, reductive views of who Africans were — she too had consumed a singular story of “Africa” as “a place of negatives, of difference, of darkness.” Adichie also admits to consuming narratives that were harmful in their reductive and prejudicial nature herself, and I would venture that we all have and do on a regular basis. It is in the nature of media and the stories that are available and influential in the mainstream. These colonial, whitewashed untruths ultimately led Adichie to warn of the danger of a single story, and extoll the potential of complicating our narratives. Notably, she does not divorce her argument from an examination of power.

“It is impossible to talk about the story without talking about power […] how they are told, who tells them, when they’re told, how many stories are told, are really dependent on power.”

Adichie reaffirms ideas that I’ve been negotiating for some time. The misrepresentation of historically marginalized people in media cannot be separated from the role that media can play in social and political movements. The two issues are linked through the corporate structures of power in media that make single story narratives possible. Reductive, stereotypical narratives in media typically work in the interest of power, and against the interests of movements that seek to dismantle systems of oppression. It’s the counter-narratives that reporters, journalists, writers and artists that create while documenting injustice that allow us to collectively bear witness and plug into the reality of what is happening on the ground with our movements. As independent journalist Amy Goodman tells us, “covering movements is covering mainstream America.” I am someone deeply invested in social justice and I am a writer, so naturally I am interested in the ways that narrative works with and for us, and the ways in which story influences the effort to end injustice. For me, where activism and narrative meet is where we build powerful community; reporting the movement makes the movement.

As young people – students, racialized, LGBTQ, and immigrants – gorgeous in our difference and resilience, we build powerful communities through the act of telling our stories. We are working towards transforming the media landscape as it stands, and we are doing this by building our own media platforms to hold corporate media accountable. We are intentional about elevating voices from the margins and holding our own communities accountable too. Most importantly however, we are actively working to dismantle the single story myths that make it possible for these structures to thrive. As Adichie points out, “stories have been used to dispossess and to malign but stories can also be used to empower and to humanize.”

Working as an editor for {Young}ist, a progressive young people-powered online magazine, has placed me right at the intersection of my social justice activism and media production. That has been personally meaningful for me, but I am even more grateful for the ways in which this platform has allowed me to serve my communities, and look forward to the work we will do together in the future.

Muna Mire is an organizer, writer, and a Black girl from the future. A recent University of Toronto grad, she is on the editorial board of {Young}ist, a young people-powered media start up. You can find her freelance work at Rabble.ca, Huffington Post, and The Feminist Wire. Her interests include progressive politics, movement building, postcolonial literature, feminisms, and speaking back to The Man.
comments (1)

I don’t think that the people in charge think people of color, black people especially,
are relatable.