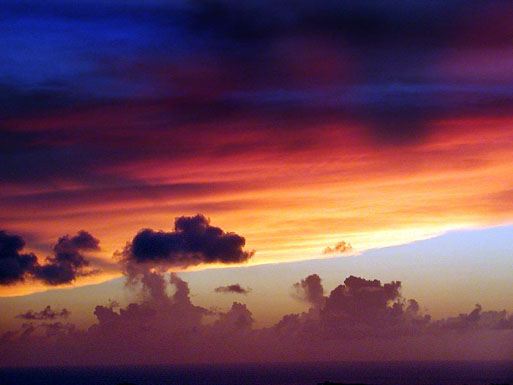 Spiritual Living: It’s Not All So Serious!

When I started off pursuing a spiritual life I took it all rather seriously. I believed that opening myself up to the divine, meant holding myself to some hugely holy standards. When writing my latest book I took all the spiritual learning and spiritual ‘rulings’ I had set myself and I attempted to live them. I wanted to explore the reality of living as a soulful human, but one with emotions, faults, flaws and needs.

I was setting myself up to fail. I would torture myself over the smallest things that I felt did not fit some uber-important spiritual philosophy I had garnered from too many books, too many gurus. So one glass of wine too many and I would feel deeply ashamed, any word spoken out of line and my heart would sink, any touch of gossip I indulged would leave me feeling I had betrayed myself and my soulful world. It was a difficult place to be, an impossible standard was set and one that I came to realize almost negated the very point of me being a human.

Under my spiritual microscope we were all failing quite dramatically. My beloved mentor turned out to have a wickedly bitchy side, another guru I threw my spiritual learning upon, placed his hand a little too low down my married back during a ‘friendly hug’ and I, well I believed I was the worst of them all. No matter how hard I tried, I just kept slipping. It was in this melee of spiritual failure that I realized living spirituality is not so serious after all.

As I have come to learn, ‘serious’ and ‘enlightened’ are not concepts that fit easily together. To be so serious in this mixed bag of human madness, leads only to further madness! It is my conclusion that for all but Monks and Nuns, serious and certifiable enlightenment is pretty much impossible. For me taking spirituality too seriously and believing that enlightenment only comes through self-denial led directly to a pit of misery.

My spiritual path, when taken too seriously was a danger to my health and that of those around me. As a result I had a good, lengthy year of chaos. There is nothing like taking yourself too seriously, when surrounded by circumstances beyond your control, to realize that something is awry. Car crash followed car crash, followed death of pet chicken, followed severe marital distress and eventually, well eventually you just have to laugh… because goshdarnit, prayers, obsessive tarot readings and mantras only go so far.

In taking my spiritual self too seriously I nearly lost everything. A harsh lesson indeed. And one that informed not only the writing of my book, but the very bones of my life. In my spiritual seriousness I pushed people away and I denied my human self it’s pleasures, it’s fun, it’s stress-relieving love of laughter. I became a shell, one surrounded by a core of self-inflicted dogma, but with very little going on inside. Rather than give up, I decided to reengage my spiritual sensors, alter my spiritual philosophy and live soulfully with my humanity at the heart of my quest.

I made a conscious decision that being spiritual does not mean negating life as we know it. It does mean having a faith and a belief in life happening as it ought too, and whilst I am carried along on that ride, I will be true to myself, kind to those around me, stop trying to understand the ‘divinity’ of every single little thing, and just trust that every single little thing, is in fact more divine than I will ever know.

Spiritual Living is about madcap, zany, laugh a minute happiness. It’s about embracing whatever it is you love, be that theme parks, walks in the park or the occasional cocktail drinking session. It’s about giving up control, releasing your ego and adoring every minute. This is not always easy to do, but it is worth striving for. If a spiritual life is what you seek then it’s so much easier than a trip to India or a dozen tantric yoga positions. I simply advise you to allow your humanity to beat at the heart of your quest.

Let your spiritual living be urban, gritty and real. We are not on this planet to float off into the ether quite yet. Know that your life, as it is today, is enough. Spiritual living will not protect you from life’s difficulties, so don’t expect it to, allow your divine side to get up to it’s knees in mud and filth and know that your inner faith, love for oneself and yes the occasional meditation session will help to wash your soulful boots clean.

#AD: If you grew up in England, like I did, then you know who Billie Piper is. I was lucky enough to photograph her for British Vogue and she is an incredible talent. I HATE SUZIE her new series on HBO Max, is written and produced by Billie and directed by the fantastic @Georgiporgie. This show is a brilliant example of what happens when women get to tell our narratives. The raw honesty and beautifully messy coming undone of Suzie is me, you and so many womxn who are just doing the best they can, to keep shit together and wonderfully fucking up in the process. @BilliePiper I am in awe of the show you have made! Yes this is an ad but I mean everything I am saying about this show. @hbomax #IHateSuzie https://lnk2.io/wPKwDLg ...

I always feel the most beautiful when I’m happy.