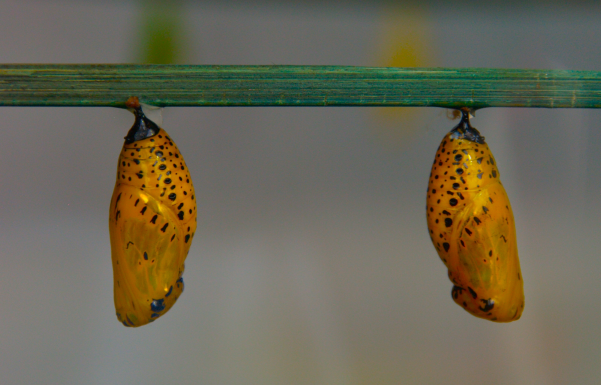 My nemesis, when I was 9, was also called Janey. One day she whispered something in my ear as we were leaving the lunchroom, and for the first time, I felt a stabbing pain of injustice. I can no longer remember what she said (it was probably something like ‘you smell of poo’) but I remember thinking it wasn’t true but it could be perceived to be true and I didn’t know what to do to stop her from telling everyone else and being laughed at. I saw red. I leapt out of my seat and jumped on her. We pulled each other’s hair for approximately 5 seconds until we were separated and promptly sent to the headmistress. I was disciplined; she wasn’t. The injustice continued. Luckily, this behaviour didn’t escalate too badly and I managed to stay out of her way for the next two years – but I was shocked by my reaction and my world had changed forever.

At senior school it happened again, but the second time I knew better than to snap and I kept my head down, shutting out the taunts and staying in my dormitory at all times except for lessons. I read a lot of books during that time and learnt to play the Twin Peaks theme tune on the piano. I was lonely, but it wasn’t so bad. Then one day it came to a head when the girl in question stole my brand new cowboy boots from my locker and took them to the common room. She was making everyone laugh about how stupid I was for wanting to be like an American. As I tried to snatch them back, the red mist rose again and I pounced.

This time, the scuffle was broken up by her squirting peppermint mouth spray into my eyes, temporarily blinding me and making me run to the nurse. Okay, I know that stuff isn’t lethal and I may have exaggerated my injuries slightly, but it ended the fight and strangely, she left me alone from then on. I was very lucky that my bullying experience was restricted to a few incidents – I think I would have had to be a much stronger person to withstand it for longer. There is a place that you have to go to in your head, a cocoon that you build around yourself and I think even today I am still chipping away to get rid of it completely.

The other day, I was walking with a friend in Soho and a young, well-dressed man and his girlfriend barged between us. The conversation went like this:

Me: (surprised) Ooooh!
Him: (copying me, taunting) Oooh! Oooh, listen to her, Oooh Oooh Oooh Oooh.
Me: (unwisely) Okay, shut up, you freak.
Him: (shouting) Yeah right, you wanna lose some weight, love. Look at you with your big fat belly wobbling under your dress. It’s disgusting, and look at your big fat ass! You are so f**king fat! Yuck! Put that belly away – you’re disgusting. Hahaha!
Me: YOU F**KING C**T!

You’d think, being a writer, I might have come up with something a bit more inspired and articulate than that and I’m truly ashamed that I didn’t, but the red mist returned. His reaction to my stupid comment was so disproportionate, so hurtful, so personal, that I was shaking with anger yet powerless to do anything about it. I should mention that I had just spent three hours in the hair salon, was wearing a new dress which I thought was adorable and was on my way to a date. In a split second, that ‘man’ made me hate my body again. He had zoned in on my most sensitive insecurity and broadcast it to the whole street.

Anyway, I made it to the date that night and after a couple of glasses of wine, I decided to tell him what had happened. He was sympathetic, saying, “You’re not fat! What was he talking about?” I didn’t believe him. Later that night, he said, “You’ve got a gorgeous figure.” I still didn’t believe him. What part of my brain’s twisted wiring has decided that I can believe what a complete stranger shouts at me aggressively in the street, but I can’t believe what this nice man who wants to keep dating me says?

Despite now being a strong, confident woman, I’m not sure I am that different from the 9-year-old girl who first realised that people could be mean for no reason, and I was powerless to stop them. Contrary to the nursery rhyme, words can hurt, but this incident has made me realise that I only got hurt because I allowed myself to. That ‘man’ was probably filled with his own demons and self hatred and was projecting them back onto me. And he no doubt has a tiny willy, too.

Therefore, I have decided to interpret his words in this context, making them much less powerful and hurtful. So what if I’m a bit overweight? It’s just evidence of all the good times I’ve had and will continue to have. I’m sure I’m much healthier, both physically and spiritually, than he’ll ever be.

The truth is, sticks and stones probably won’t break your bones and words will only hurt you if you let them, it’s just a shame it’s not such a good rhyme…

Trust is the most important thing no matter what relationship, because if you don’t have that, you have nothing.