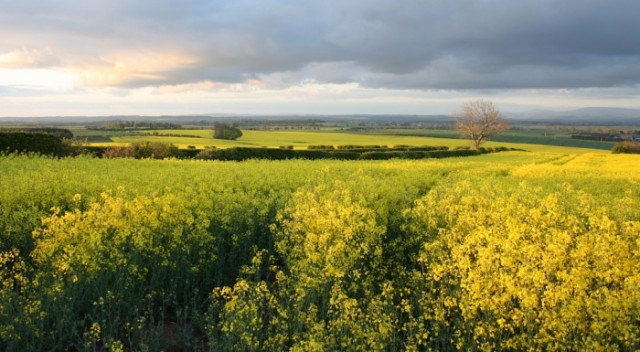 The truth is, jerks are everywhere. Whether it’s a person whose ceaseless negativity always brings you down or a person who’s just downright mean, one interaction with a jerk can throw off your best intentions to think positively. Maybe it’s the person who cut you off in traffic even though they have one of those “Coexist” bumper stickers. Maybe it’s the coworker whose constant backhanded compliments make it hard for you to concentrate on your job. Maybe it’s the barista who’s rude to you when you’re just trying to get soymilk in your latte. Or maybe it’s the person who lets the door slam in your face instead of holding it for you. It’s so easy to let one of those people ruin your day. Or, at least, it’s easy for me. But what if, instead of quietly seething, we tried to appreciate these jerks for what they are? Sure, they’re jerks, but they’re also walking, breathing lessons about how not to be.

I’ve experienced my fair share of jerks while working in a series of weird jobs during college. The worst job was in a now-defunct department store in a sadly atrophying mall. Working a cash register will make anyone understand the phrase, “Hell is other people.” People who don’t have any power in their day to day lives will gladly take out all of their frustrations on a lowly sale clerk. They either don’t know or don’t care that you have no power over the price of the merchandise or the intricacies of the return policy. In my time working with people in stores, offices and kitchens, I’ve been insulted, screamed at in multiple languages, and called an idiot. All for things completely out of my control.

And yet I’m really and truly grateful for the experiences I’ve had with jerks, for their bad attitudes and their angry words. It’s these people who’ve helped me learn how terrible it can feel to be treated poorly by a stranger, and how I can avoid being one of those jerks myself. When you know what it feels like to be berated, you’re much less likely to do the same thing to someone else. When you see the tight shoulders and hunched posture of a person who’s angry at everyone they come into contact with, you’ll do just about anything to avoid being like that. When you’re trying to steer clear of that negative person who always wants to talk shit about everyone they know, you’ll realize you don’t want to be that person for someone else.

I’m not saying I want to run into more jerks, or that I’m looking forward to conversations with assholes. But like most annoying, uncomfortable, or negative things in life, they serve a purpose. Their bitterness and anger remind us all that we should be living our lives with a lot more love. That might not be as quotable as “Attitude of Gratitude,” but it’s still pretty true.

Kerry Winfrey is a writer and sandwich aficionado living in Ohio. She writes about young adult books for Hello Giggles and blogs at Welcome to Ladyville. You can follow her on Twitter @KerryAnn.

More From Kerry Winfrey view all

I say my strength came out of weakness, because I just got so tired. It was like being beaten. I was really very near death, and weak, and tired, and that’s what made me start to stand up for myself; just because I was so tired of listening to other people and everyone else’s judgement.