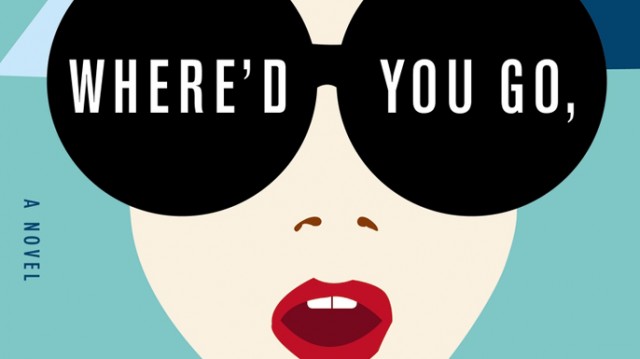 Because we’ve never done a book club before, I have been unsure about the best way to execute the end discussion. I finally decided I would pose my questions to the most avid reader I know- someone who also happens to be the smartest person I know (although I would’ve argued that point in my teens!).

My mother is my favorite person with whom to discuss film, television, life and especially- books. So I’ve asked her the five burning questions I had after reading Bernadette, and I’d love for you to participate with your answers in our comments section.

Obviously there are spoilers below, so if you haven’t read the book and don’t want to know how it ends come back after reading!

1. What did you think of Bernadette’s relationship with Bee? Was she a good mother?
What makes a good mother? I wish that someone had a checklist to follow. Like, “Makes sure breakfast is ready before starting a school day.” Check. That sort of thing. I think, like most of us, Bernadette tried to be the best mother she knew how to be. Was she always spot on? Probably not, but then show me someone who actually made Mother of the Year.

Bernadette didnʼt really like people and hated to leave her home. She was handicapped by this. However, Bee loved people, which is evidenced by her many volunteer activities at school. Bernadette must have fostered this in some way. Bee also adored her mother and accepted her for her good points and her “odd” behavior at times.

So, to answer your questions, yes, she had a good relationship with Bee and was a good mother.

2. Do you think Bernadette was so mean to the “gnats” because she secretly wanted to be accepted by them?
The “gnats” as portrayed by the author basically were shallow and had no life other than to be Galer mothers. Bernadette was brilliant and antisocial. The answer to this question has to be that she really had nothing in common with them, but she really craved acceptance from them. That is why, when rebuffed for her efforts (which were well meaning but misunderstood), she began her own campaign to let them know that she didnʼt need them.

3. Bernadette walked away from a brilliant career as an architect over a disagreement. Would you allow a humiliating situation to force you to change your life goals? how could she have handled things differently?
I think it would be extremely hard to walk away from a talent like Bernadetteʼs. This partially explains her antisocial and discontented view of the world, Not totally, because it was fairly obvious that she lacked social and communication skills in her earlier encounter in California. It was just easier to drop out and become Elginʼs wife.

Mediation? Communication? If someone can ﬁgure out how to make two very different sides get along please call congress!

4. Did you think Bernadette had died?
Maybe I thought she died for just a little bit. I just couldnʼt believe she would leave Bee. It would also wrap things up too neatly for Elgin, the spineless drudge, and I just couldnʼt go there. I did not and could not have predicted her co-conspirator, though I enjoyed that part tremendously.

5. Do you think Elgin and Bernadette can have a happy future?
I certainly hope not! Elgin was spineless and little more than a cardboard cut-out in Bernadetteʼs life. Could he change? Maybe, but man does he bring a lot of baggage to the table.

We want to know what you thought about Bernadette! Let’s get the discussion going in the comments below.