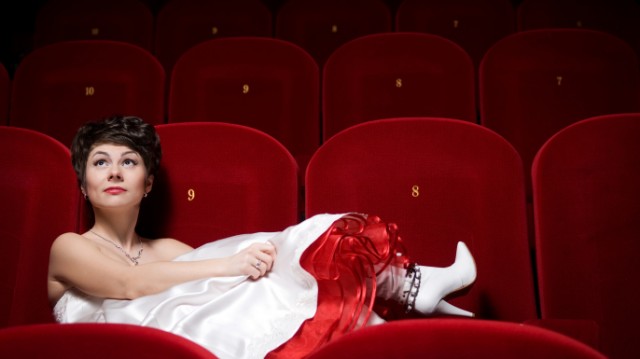 The Perks of Flying Solo

We thankfully live in an age where anything goes. We are encouraged to be independent, make our own decisions, and take on the world with as much ambition as we can. However, I still feel for some, there is a stigma attached to enjoying certain activities alone. Considering the liberated times we live in, isn’t it about time we got over it?

Take for example: a solo trip to the cinema. When chatting with a male friend online about newly released films, he said he hadn’t been to the cinema in a while “single.” Are you kidding me? Do people still think that way? I was shocked. We can jet across the world alone but we can’t go to the cinema? Are we so concerned about the opinion of others that we would miss out? Madness! Rule number one to flying solo – Do not worry about what others think. Personally, I love solo cinema trip. And only this week I popped along to see Seven Psychopaths, which was full of liked minded solos, and mostly hot guys – perfect! You should feel empowered pitching up alone, not because you have no one to go with, but because sometimes you want solo experience, and that is A-Okay.

Damn it, I even make a point of having a sexy solo bath. Candles, music and low lights, why not? Just because it’s you it doesn’t mean you can’t make it an occasion. I once posted on Twitter ‘Sexy solo bath time’ and I received a few replies from men, asking if I had a new boyfriend? Didn’t they see the solo part?

A solo dinner is another sticking point for some. I was enjoying a dinner with a girlfriend one evening, when I clocked an older gent having dinner with his wife, practically straining his neck to look at a lady enjoying a pizza and a glass of wine on her own. It was as though he couldn’t believe she was dining alone. She luckily had her back to him and was oblivious to his disapproving eye, but I was not. As he and his wife got up to leave, he even whispered something in his wife’s ear with a head-shake and she turned also to look. At this point he caught my stony stare in his direction, which was equally as un-approving as his. He knew full well that I knew what he was thinking “Dinner on your own? How sad.”

When I see anyone dining alone my prominent thought is always ‘How nice’. Some time out, peace after a hectic day, a moment to collect and reflect, or maybe, just maybe – they actually want to dine alone.

Flying solo can be just as rewarding as spending time with the loves in your life. I fly the flag for solo pursuits because I find them essential to my well-being. I have friends that couldn’t go a day without seeing a boyfriend or friend, but to me – I find that scarier than having a solo dinner, terrifying in fact. I say: why not enjoy the status quo equally? Solo time should be valued and accepted just as much as romantic and friend filled occasion; 50/50 is my idea of heaven.

Granted – I’m a writer so I’m pretty down with the solitary, but sometimes the sound of silence is just as energizing as company, if not more. A peaceful solo walk to the park on a Sunday, can fuel your mind for the week ahead. Pick up a coffee; listen to classical music on your iPod and watching the world go by. Allow your mind the calm it needs to think clearly, who knows what amazing idea you may have?!

To be alone and full of happiness is true bliss. When you have everything you need inside of you, you are never truly alone anyway – you just need to take that first solo stop to find out. How awesome is it to feel whole when it’s just you? So, if you find yourself wanting to do something but have no one to do it with, do it anyway. I promise you, you will let go of any stigmas, worries, or feeling like a loser – you will feel like the smartest person in the room for following your own desires.

Sadie Brown is an author, writer, and mini style icon. Her move into writing comes after years in the music business as an artist. This period of her life inspired her to write the witty twist on chick lit ‘Stella Series’. A regular in the glossies, she fuses together her love of fashion and writing on her journal. Covering everything from dating to weight gain, with a healthy injection of humour and dresses.

Her first full paperback novel “All These Things” is due for release in 2013, along with a number of writing projects aimed to empower women, and tackle some of the more serious topics that the novel touches on.

Sadie Brown is an author, writer, and mini style icon. Her move into writing comes after years in the music business as an artist. She is a proud Londoner who also loves New York City, so she splits her time between the two writing about it along the way, "The Big Apple welcomes my big English style, words, and thighs every time!" A regular in the glossies, she fuses together her love of fashion and writing on her journal, covering everything from dating to weight gain, with a healthy injection of humour and dresses. Her first full hilarious novel A Diary of Wrongness is due for release in 2014, along with a number of writing projects aimed to empower women, and tackle some of the more serious topics that the novel touches. "I hope this story will inspire women to value and love themselves exactly as they are and feel GREAT about it!" You can follow Sadie on Twitter @sadiewriter.

More From Sadie Brown view all

Proving people wrong is really important to me in a way.