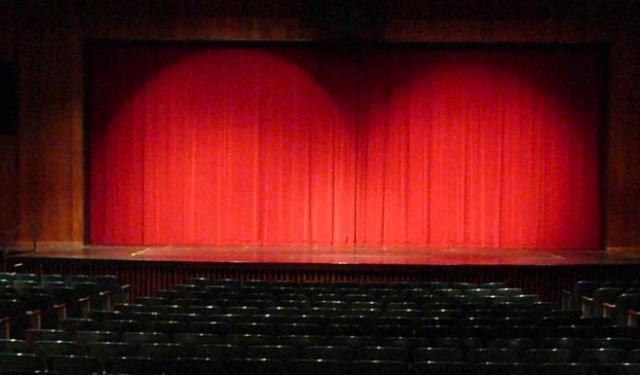 The Reverie of Time

There is a pensive moment in Time and the Conways written by J. B. Priestly where one of the main characters, Kay, seems to slip into a reverie and has a vision of the future; It marks the transition from Act One, where the future in the Conway family is a promise of fame, prosperity and fulfilled dreams, and Act Two, which plunges the audience into the shattered lives of the Conways exactly 18 years later.

The play, which I saw during my time at Drama Centre London in 2009, made an enormous impression on me. I especially remember this moment, the change between the two acts, where I noticed the similarities between my own family and the Conway family, which made me realize the frightening truth that there was nothing I could do to change the future that I predicted for my own family at the time.

There are a few literary characters that I relate to: There is Jo March in Little Women, Elizabeth Bennet in Pride & Prejudice, Cecelia Tallis in Atonement and most recently, Kay Conway in Time and The Conways. In the second act of the play, Kay has succeeded to a certain extent as an independent woman but has not yet realized her dreams of novel writing. Additionally, and most importantly, she has realized how the first seeds of the downfall of the Conways are being sown even in the first act of the play.

Like Kay, I predicted the downfall of my own family after experiencing a similar reverie of my own future after seeing the play; I saw my family’s unfulfilled dreams, shattered relationships and damaged transformation. The illusion of a picture-perfect, blissful and resourceful family suddenly became a false portrayal of how we wanted others to perceive us. At the time, I partly blamed my father’s accident, after which he’d changed to the unrecognizable (though I should perhaps mention that our relationship is far better now), our move to a new family home where the newspapers had followed the purchase of the estate as an entertaining news event and the dramatic shift in our family dynamic that followed after my two older brothers moved out. Most recently, there has been my parent’s separation, my little brother’s withdraw from the family and my little sister’s silent prayers for everything to remain as it was.

It is difficult to observe the reverie I had of the future so many summers ago suddenly coming true. But, as my drama teacher said at the time, you have to accept people for who they are. You cannot change them or the future. By experiencing this revelation, I’ve learned that my parents and my siblings are only humans, and that humans make mistakes. Even I can’t pride myself for not having contributing to the downfall; I’ve changed, too. I am no longer as young and naïve as I was when studying drama back in 2009. I’ve become more stubborn and grown up as I’ve experienced the “real world”. However, what I’ve come to learn is this:

If we can see Time as eternally present, that at any given moment we are seeing only ‘a cross section of ourselves’, then we can transcend our suffering and find no need to hurt or conflict with other people. This brings me to one final though that I remember learning in my English class back home in Norway. In J. W. Dunne’s An Experiment with Time, the author suggests that all time is happening simultaneously – that past, present and future are one and that linear time is the only way in which human consciousness is able to perceive this.

In conclusion, I turn to the conversation between Alan and Kay in Act Three, in which Kay expresses her misery to Alan who suggests that the secret to life is to understand its true reality – that the perception that Time is linear and that we have to grab and take what we can before we die is false. Instead, I’ve learned that acceptance of oneself and others are key to maintaining a healthy and honest relationship, and to avoid those seemingly impossible changes that lie ahead. After all, life is a continuous process of getting used to things we hadn’t expected.

Anna is studying media in London, where she also works as a freelance writer. When she's not busy going to theatre performances or art galleries, she loves going horseback riding on the countryside, practicing yoga, or exploring the different food markets in London.
comments (0)

It’s a weird inner battle between this wish to be authentic, and then wanting to be a little bit
more perfect.