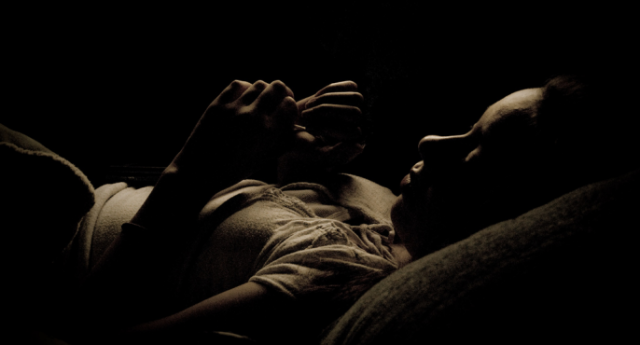 Is it just me or is everyone always transforming? The media is full of it: hairstyles, outfits, fad diets, fab diets! On TV, be it a house, a hair cut or a human, any show that shows you how to have a better bedroom, bonce or bottom is guaranteed to get good ratings. Everyone, like Jude says in Bridget Jones, wants to be ‘thinner, cleverer, with slightly bigger breasts and a slightly smaller nose’.

A British supermarket has recently ‘transformed’ its trademark branding in the UK, while a British journalist has called on the Duchess of Cambridge, Kate Middleton, to transform her look and cut off her hair. What is this all about? What does transformation mean and are we mistaking it for a make-over?

I’ve bounced from 14st to 10, my hair has gone from waist length to bob and these days even my ever constant coffee has been replaced with tea so I know a bit about transformations. But despite my own, I’m not sure it’s a concept I believe in. I’ve done my fair share of role playing, re-designing if you want, when it comes to being me. I’ve tried pretending to be posh (wearing pearls for a week); I’ve eschewed material possessions and considered giving up the rat race (Googled a Cornwall-based commune for ten minutes); I’ve been a fat girl, I’ve been a thinner girl; I’ve liked Punk and Pop; I’ve dyed my hair and I’ve done things that I regret – the one constant though has been me.

‘A thorough or dramatic change in form or appearance’ is the dictionary definition of the ever trendy watchword. So, sure, if you’ve gone from boring brown to blonde bombshell or Brian to Barbara you could definitely call it a ‘transformation’. But while we’re checking out our new reflection in the mirror, what about what’s inside? Is it possible to transform ‘us’?

At 16, I imagined, that by 25 I’d have a stable job/boyfriend/flat (and maybe be slightly taller and slightly slimmer). Now nearly 25, the only constant variable is the voice in my head which is still the 16-year-old me. My morals haven’t changed with my make-up or my sense or humour with my shoes.

When it comes to transformation, all the usual cliches apply: skin deep beauty, leopards with spots and pigs in lipstick – you get the idea. Basically (one more for good luck) let’s call a spade a spade, in the immortal words of TLC: ‘You can buy your hair if it won’t grow. You can fix your nose if he says so. You can buy all the make-up that MAC can make.’ Or even just take off your glasses in a She’s All That make-over (winner of worst movie transformation from already beautiful girl in glasses to same beautiful girl WITHOUT THEM!). You can do ALL these things and STILL be a spotty leopard.

Tesco hope to re-vamp their value range by making it more aesthetically pleasing, removing the long reigning blue and white stripe that denoted a discount and opting for a more up-market illustration. I’m sure I’m not the only one who won’t be kept up at night by the transformation of Britain’s famous favourite supermarket colours; after all, the product inside the label will still be the same. And as for cutting Kate’s hair? Since when does reaching 30 mean reaching for the scissors? Unless this is a rule to being a girl grown up no one told me about, I don’t think the Duchess of Cambridge need worry about transforming anything, she married a Prince EVEN WITH LONG HAIR!

You can transform as often as you like but you’ll never change what’s on the inside. As a nearly 25 year old, I imagine at 30, I may yet still get that stable job/boyfriend/flat (and be maybe slightly taller and slightly slimmer). But whatever my appearance on the outside, value stripes or not, there will still be a 16-year-old me in my head.

Kate is a young freelance writer originally from suburbia but starting to make her way in the country, back at home with mum, dad, a sister and three chickens. She writes about crafts and culture - particularly relating to women. She watches far too much TV and her jumper collection is getting out of hand! Follow her on Twitter @_KateMate

More From Kate Bellamy view all