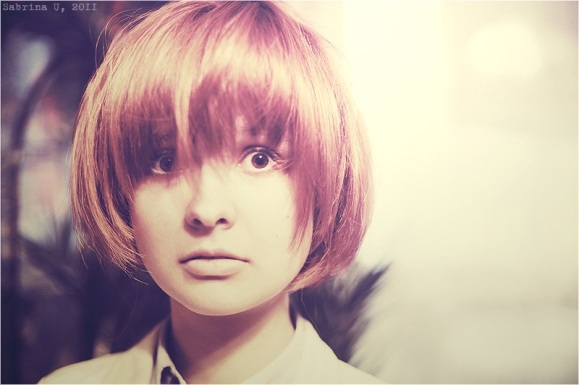 Trusting Your Gut and Failing

It wasn’t until I was standing outside his house shivering in a silk dress at 2am asking him to kiss me that I thought perhaps following my instincts was actually a horrible idea.

A few Christmases ago I went out on a date with my best guy friend at the time. We had been friends for years, and despite our parents being avid fans of us being in a relationship we never took the plunge. That is until I texted him over Thanksgiving break asking why we had “never been on a real date” (embarrassment #1) to which he cooly responded “You’re right, Christmas break it is.”

Needles to say I spent the next few weeks fretting over every possible outcome of how our date would go and how it would affect our relationship. By the time December came around I was somewhat of a nervous wreck and had spent somewhere between 10-100 hours frantically shopping for the perfect outfit, eventually settling on a silky blue dress, which is the worst type of fabric for a date in the middle of winter. What can I say, my nerves got the best of my brains.

The date went smoothly enough until it was time to walk me to my front door. We had spent a lovely evening together talking and flirting, enjoying our fancy dinner and reveling in the excitement that came with the prospect of becoming more than friends. But when we finally reached the front door I panicked, when it came time for the “linger and lean-in” I didn’t lean, instead I reached in for a quick hug and slammed the door in his face before he could even say good night. I had avoided embarrassment, or so I thought.

I’m confident that all would have ended well had I not gone upstairs to listen to my new Taylor Swift CD, which was chock full of romantic serenades and love songs that got me thinking I had made the wrong move. We went out on our date, and after years of semi-flirting and skirting around the issue of what we were, I blew my chance. So I did what any non-logical high on T-Swift twenty-one year old would do, and stole my dad’s car (mine was in the shop) driving halfway across town in the middle of the night until I was at his house texting him “Can you come outside?” to which he responded “Of my house?”, probably thinking I was a full-blown stalker and it was about time to call the police.

When he finally came outside every ounce of confidence that has just been circulating through my entire body left me in an instant, and instead I was left shivering in my silky blue dress trying to string together a sentence about how maybe we were supposed to be with each other, which ended up coming out more like “So ummm, I just feel like, you know… maybe we should have, well… DO YOU THINK WE SHOULD KISS?” Just like that I blurted it out and experienced the single most embarrassing moment of my entire life. After I blurted, he stood there in shock for what seemed like centuries, at which point I realized he didn’t want to kiss me, and now would be a good time to make my exit/die, and so I quickly retorted “You know what you’re totally right this was a bad idea, see you this summer”, quickly retreating into my dad’s car and driving off as fast as I could.

So embarrassing, right? But you know what, it was also the single most invigorating thing I’ve ever done. There is something about following your gut that makes you feel like you’re really alive and somehow in control of the seemingly random series of events that is your life. In that moment, when time was suspended and I was waiting for this man to respond to my query to kiss me, I thought I would never live down my embarrassment. But instead I came away feeling light and carefree, knowing that I had done something I only ever imagined the bravest version of myself doing.

The thing about embarrassment is that it’s a gateway emotion, teaching us about ourselves and our desires after the initial sting of humiliation fades away. Through our embarrassments we learn humility, levity and most importantly to not take ourselves so seriously all the time. It’s good to mess up every once in a while, because it means that our next fall won’t be from so high up. So next time you find yourself standing in front of a boy asking him to kiss you, take in the moment, breath in the embarrassment and enjoy the inevitable fact that though you will screw up, there is almost always more to be learned from an embarrassing failure than a triumphant success.

Featured image by Sabrina U

If you’re hurting yourself and see yourself as a victim, you don’t have anything to give.