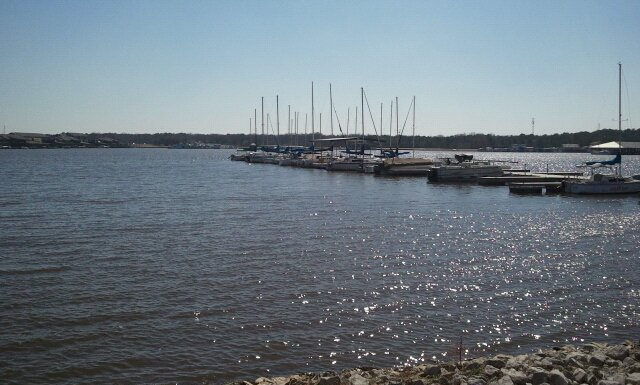 We Should Be Thankful Now

Our twenties are our weirdest decade. Is that too bold? I guess there is room for arguments based on individual experiences. People go through life-altering tragedies at different times in life, but sitting here right now as a 24-year-old, I firmly believe this is my strangest decade. Life is throwing itself at me. I’m constantly faced with decisions. Each one seems like it will turn out to be the true sign that I’m an actual grown up.

Last year I bought a washer and dryer and was convinced that I’d really made it. Then I bought a car (all by myself) and felt 10 steps further along than the washer and dryer phase. Since then, I’ve asked for and received a promotion, I’ve moved to a new city, I’ve been asked to be in multiple weddings, I’ve buckled down on sticking to a budget and I’ve maturely realized that I’d rather be happy and single than miserable with a boyfriend. I am making leaps and bounds toward becoming the grown up I want to be.

So why am I still blindsided every once in a while by the feeling that it’s not enough? Every few weeks I break down and cry until I’m exhausted because I’m afraid that the little sacrifices I make from day to day won’t ever pay off like I want them to. In those moments, I can’t manage to call on what I know to be true – that the payoff has already begun.

I haven’t reached the ultimate career goal, and Lord knows my relationship status could use some work, but I’m further down the path than I ever expected to be at 24. It’s incredibly easy to get wrapped up in where we aren’t and what we haven’t done. We’re distracting ourselves from the balance. We’re forgetting that every bit of focus we put on one goal takes some focus away from another. I’m not trying to stoke the argument that women can’t have it all. I just think we are missing a great opportunity to be thankful that we get to work toward “it all” – whatever that may be. It’s a never-ending process, but would we really rather reach all of our goals at once and then have nothing to work toward? We’re so honed in on the fact that we haven’t started the family we want that we forget to be overwhelmingly grateful for the recent promotion at work.

It’s normal to view our successes under a magnifying glass until they’ve morphed into what looks like failures. It’s just that we can’t let that happen. We should be thankful now.  We can choose to start each day realizing that the payoff has already begun. Each moment at work (no matter how frustrating) is getting us a step closer to that corner office, network anchor chair or whatever the dream may be. Every mediocre date with some guy that we won’t ever see again is teaching us lessons that will shape us into the people we need to be when the right one comes along. We need to refocus our energy on giving thanks that every moment of every day we get to continue to work toward those things we’ve always dreamed of having, doing and being.

Elizabeth Wren is a journalist in her mid-twenties living in the Carolinas. She writes a television newscast by day, blog posts by night and makes lists on any paper she can find 24/7. Elizabeth was a track and field athlete for more a decade, specializing in sprints and jumps. Now she runs for fun and still jumps over things when people aren’t looking. She hopes to be known as the kindest woman in the world, but it’s a constant challenge. You can follow her on Twitter @elizabethquote

More From Elizabeth Wren view all

My biggest thing in life is to not disappoint the people whom I love and I respect.