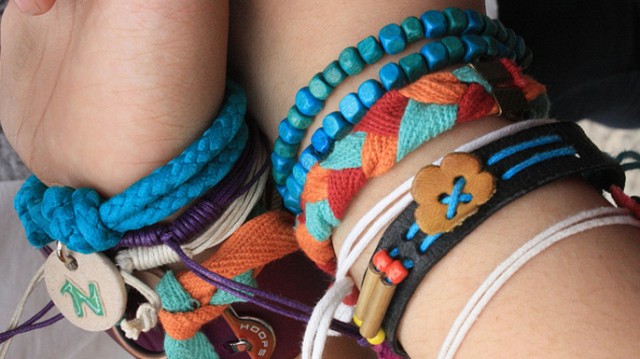 What Are We So Afraid Of, Anyway?

In Australia last week, not far from where I am living right now, a young girl was given detention for hugging a classmate. Hugging. A punishable offense, apparently. I heard it on the radio and was instantly ashamed. Has it really come to this?

I haven’t been able to stop thinking about it for the past week or so. It’s one of the few news stories that penetrate my sleep-deprived brain and for whatever reason, it stuck. I kept hearing the story over and over in my mind. I thought about it as I watched my niece and her best friend (both 16) hanging out together. And the beautiful affection that close girlfriends have. The play-fighting and the sharing of secrets, the hand-holding and the whispers and the tears and fights and secrets. The handwritten notes that get tucked into the pockets of rolled-up skirts by glitter-stained fingers. That’s the stuff that memories are made of. Even when you are old and you aren’t even friends any more (and sadly, that is often the case), those kept notes, with their worn creases from being folded and refolded… they still hold the smell of childhood.

I did a quick Google to see if this sort of ridiculous thing was happening anywhere else. And what I found shocked me further. Kids being banned from doing handstands in the playground in Eastern Australia. Little boys in the USA being expelled for kissing games. Girls in Australia being kicked out of a concert for kissing each other. Boys and girls being policed all around the Western World. Childhoods being limited. But, for what?

Our new local area has its own Facebook page. Because, who doesn’t have a Facebook page these days? The page is designed to get local people buying and selling and passing on local news. But what it is truly used for, is fear mongering. Only yesterday there was a woman who seemed genuinely concerned for her own safety. A group of wayward youths, she writes, are sitting on the curb on my street. And street drinking!! I think they are casing the joint out. A warning to all!! OH. MY. GOD. COME. ON. NOW. WOMAN!!

Is she for real? Yes. And apparently, many people agree with her and are also concerned. What is the world coming to?? They question. Have they already forgotten what it’s like to be a teenager? Have they already forgotten what it is to be young and carefree? What it is to sneak a bottle of beer or to pool your coins together with your friends to buy a cask of wine and to share it together, to have a day of silliness. Does this make kids criminals? I think not.

I was one of these wayward youths. We passed stolen cigarettes from chipped-nail-polished fingers to ink stained ones. We laughed and we swore and we tested the boundaries. We may have also stolen many garden gnomes in a game we called “gnoming” and re-homed said gnomes in the early light of morning. We stayed out too late and we didn’t tell our parents where we were. We drank and we climbed trees and we played games. We were young… We were living and loving and full of good, old-fashioned teen angst and melodrama. We partied HARD. We kissed and fooled around and boxed and skated and at the end of the weekend we all went home to our parents. Because even though we loved to pretend we were all grown up, we still knew we weren’t. We did lots of stupid things, but never did we do any of them with any kind of malice. We weren’t criminals. We were just experimenting the hell out of life. We weren’t doing anyone (except for maybe our parents and the sleepless nights we caused) any harm. We were learning a hell of a lot more about ourselves and the world than we ever learned in a classroom. Those days, those wild teenage days of mine, shaped me into the person I am today. The risks I took have made me a calmer, more responsible, a more centered adult today. It did not in any way turn me into a criminal.

I’ve worked with kids, in one way or another, for most of my adult life. Kids do some freaky stuff, that’s for sure. They push boundaries. They experiment. They do some disgusting things! But should there be rules to stop them from doing so? Imagine what your childhood would have been like without it all.

Why are kids being punished for enjoying the beautiful, carefree joy that youth brings? Why are we, the adults, so hell bent on policing them? Too many rules is never a good thing. These are the best times of your life, people used to tell me, and in many ways they were right. Are we taking these “best-times” away from our kids? Is my kid going to be given detention; or worse perhaps, given that school days are still many moons away; for being affectionate in the playground. If hugs are outlawed between girl-friends (or boyfriends, or young couples, or whoever), what’s next? What about kiss chasey in primary school? What about that first awkward kiss behind the sheds in high school? What about holding hands with your first boyfriend under the desk during class? What about passing sparkly notes full of secrets to your best friend because you can’t possibly wait twenty minutes more to tell her during lunch break?

Where is the love? What sort of adults do we expect our children to become?

I don’t know about you, but when I was growing up, I did everything that I was told not to do. And then I did it again. And again… and again. Are there mistakes I made? Absolutely. Are there times I wish I had chosen differently, in hindsight? Yes, sure there are. But those mistakes (and the consequences of said mistakes) were mine, and mine alone. And I learned a thousand times from them. I learned what it is to be human.

Paranoia and fear are infectious. They spread like a plague. I get fear. I truly do. And being a parent has gifted me with a low level panic that seems to sit, simmering, just below the surface. I absolutely understand being afraid that something will happen to your child. I get it with every fiber of my being. Since my little Bo was born, in fact, since the moment I saw those little blue lines appear on the stick, I’ve had moments of weakness where I let my imagination play out all of the horrific things that could possibly happen to this little being that I love more than anything, more than anyone, in this world. I have moments where I torture myself by playing these twisted movies through my mind and more often than not when the tears begin to well in my eyes I scold myself and I try desperately to move my mind on to other things. I get it.

It can be a scary world at times. But I think that the scariest thing about the world right now is that we have so much access to it. The world is scarier because we know more. We see more. The media plays into our fear. Our governments rely on our fear. When afraid, we are easier to control. The people. The masses. The subordinate. We are taunted continuously by the media with the awful things that happen to people in this world. The rape and the murder. The hurt and the pain. The war and the famine. The death and the poverty. We are taught to fear it all. We are taught to fear each other, to fear ourselves.

But life is often loud and dirty and painful and sexy and fun. And you do not need to be frightened of it to be informed. I don’t want Bo to be afraid. I want her to be fearless, informed, educated and to know when rules are meant to be broken, to know when she should dive on in and take a risk, and when to stand back. Understanding limits that are her own, not limits that have been placed on her because of a mass-induced fear.

Coming together is what we need in this fast paced, technological, hard-ass world. We need to stop being so afraid for no reason. I truly believe that the world is not a bad place. It’s a beautiful place, full of happiness and hope and love.

What are we so afraid of anyway?

Sash is an untameable freelance writer who marches to the beat of her own drum. This young Aussie mama is all about women’s rights, freedom, open minds, laughter and diving headfirst into a life that’s worth living. Sash currently lives in a remote village somewhere on the coast of Java, Indonesia with her surfer husband and their five month old baby Bo. You can find her at the popular blog Inked in Colour, where first time parenthood, wanderlust and the path less travelled meet.

More From Sash Milne view all

I do want to say there are so many women out there who are single moms; really not by choice; and doing it and making it work every day. I hope those women are going to be more and more appreciated, respected, and supported in the culture.